How Do I Love Me? 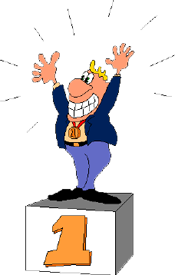 What’s wrong with these promo lines taken from real radio stations? “We’re the coolest station in town.” “If you’re not listening to us, you’re clueless.” “We are the music.” “Your only purpose in life is to listen to (call letters).” There’s about a dozen more, but I’m sick of them already.

One of the many things about this industry that has always amazed me is the arrogance of some radio stations regarding their on-air sound. So many radio stations for whatever reasons come off as sounding completely pompous, especially in rock radio formats. I’ve heard some rock stations where their on-air attitude is so arrogant it would be enough to make even a classical music PD say, “Lighten up, Sparky!”

So, let’s examine how this kind of thing happens. Why do some promos, commercials, announcers, liner cards and other programming elements sound arrogant? Why do some air talents, no matter what they’re talking about, sound like they’re totally in love with themselves and couldn’t possibly care less about their listeners? In short, how does a radio station wind up sounding pompous? And, is it a good thing?

Obviously, anyone with any social skills whatsoever will tell you that arrogance or pompousness is never the right approach to anything. You cannot persuade with a condescending attitude. You cannot inspire or charm when you are full of your own ego. For this industry, that’s death. Listeners are only attracted by what interests them, not how interesting you think you are.

Perhaps, and I believe this to be closer to the truth than any other reason, most of these offenders aren’t really aware that they’re coming off that way. This is okay, and it can be fixed. The point is, in order to prevent yourself and your station from sounding arrogant and, therefore, unappealing, you need to examine which direction you take with everything you do.

Humor is one of the main areas where pompousness and arrogance can be used for laughs. But it can also go too far. If you’re using the “Ego” approach as your humorous style or character, remember that your ego must have certain flaws in order to gain sympathy. Otherwise, you’re just a jerk. Why was Peter Seller’s Inspector Clouseau so funny? It wasn’t just because he was a klutz. And it wasn’t just because he was egotistical. It was because he was an egotistical klutz. He thought he was the absolute ideal of police perfection. But the truth was, he was an idiot, and everyone could see it. That’s what made the character so appealing and so memorable. The ego was offset by all the flaws, which made him a sympathetic character to the audience, so that when he actually did something right, you were cheering for him.

Egotistical characters with no flaws are not appealing. They annoy the audience. Malcom MacDowell, who I think is one of the greatest actors of the 20th century, has been playing a perfect example of the wrong kind of egotistical character on the TV show, “Pearl.” His “Professor Pynchon” is total ego with no redeeming qualities. Therefore, we do not like him, and we don’t want to see anything involved with him. He’s too egotistical, which means he’s not funny. At the time I write this article, “Pearl” is still on the air, but I can’t see why it will remain so much longer. If Professor Pynchon’s character is allowed to grow and have flaws, if his ego becomes more flawed, if he becomes a little more human, maybe the show will become more interesting, but that would also mean that the other characters on the show would need to be revamped because the whole show is weak as far as the writing and the characters are concerned.

Other areas where a station can sound pompous is in the style of promos used. What is the overall message of the promos you write? Are they to entertain the audience? Do they invite and encourage the audience to continue to listen? Or are they to remind the audience how cool your station is? Let me clue you to what Lenny Bruce used to say: “If you have to tell people you’re cool, you ain’t.”

What is more important? Telling the listeners how much the radio station does for them? Or telling the listeners how important they are to the station? There’s a small difference in those approaches--small, yet gigantic. As a radio listener I really don’t give a damn what you, the station, thinks of yourself. What I want to know is, what have you done for me lately? If I’m going to spend any of my time listening to your station, you’d better damn sure provide me with a reason to like it. Otherwise, I’ll spend my time somewhere else.

How do you word your promos? Do you say, “We’re the best radio station because we’ve got these tickets for you!” Or do you say, “You’re the best listeners, so we’ve got these tickets for you!” Once again, a small difference that makes a gigantic impression. Always keep in mind that your goal should be to invite, not command. You’re supposed to get the listeners to like you by asking them to, not telling them to. You persuade the audience to think you’re cool because you think they’re cool, not because you think you’re cool.

All of the best entertainers, even the ones who play on ego as a part of the act, always leave the audience feeling pleased with their decision to spend time watching or listening to them. You don’t do that by telling them how good you are. You tell them how good they are. If you’re good, they’ll let you know. Remember always, that people are deciding whether or not they want to spend any time listening to what you’re doing on the radio. Therefore, it’s vitally important that you make sure they know their decision to listen to you is important to you. Make your audience feel appreciated.

Sure, all this sounds like such a simple, easy point to remember. Yet, these simple, easy points are responsible for more massive failures of radio stations than any other reason out there. There’s no magic formula or format, there’s no magic programming element that makes one station higher rated than another. It just comes down to likability. Some stations just are more likeable than others. The reason? They like their listeners and they make their listeners feel welcome. They make their listeners the stars of the station. You can hear it in the way they approach everything on the air. The listeners are the reason they do it all. The listeners come first. They’re the most important element in everything they do, from contests to music to wacky on-air stunts.

My recommendation? Every single subscriber to RAP is to go out to their local book store tonight and get a copy of Miss Manners Saves Civilization. We need to relearn the social skills necessary to make good entertainers. Nobody likes people who are only interested in themselves. We like people who are interested in us. That, in a nutshell, is how you get more listeners. No amount of music or contests will make any difference. Put the listeners first.

Something else that I’ve discovered which really helps is to have ego-busters in your circle of friends. Not the kind that destroy your confidence, but the kind of people who genuinely like you, and because they like you, they’ll let you know when you’ve got your head shoved a little to far up your own posterior. It’s human nature to think highly of oneself, but it’s detrimental to think too highly.

Finally, never forget what it is that we do and what the world’s opinion of what we do is. Mozart had a great sense of his own self-worth. Although at times he could be the most egotistical maniac of his day, I recall reading a long time ago that someone once asked him what his opinion of the musical composers of his day was and how he believed he stacked up against them. He responded by saying that they were all a bunch of hacks and that he was one of the better hacks. Quite an interesting view, eh? If Mozart can have such a down-to-earth view of himself, how is it that we seem to hold ourselves in higher esteem?

Sure, we’re entertainers, but consider who we share our heritage with. We are the snake oil pitch-men of our time. We are the carpetbaggers, the drummers, the medicine show quacks. Even actors until just two short decades ago were considered to be some of the sleaziest forms of life on the planet. Definitely hacks. Some of us are the better of the hacks, but we’re still just hacks when it comes right down to it. Sure, we’re creative, but this is not exactly curing cancer by any stretch of the imagination. The old saying goes, “You can attract more flies with honey than vinegar,” but you can attract even more flies with shit, which is what most people think of our work anyway. So there you are. The even older saying, “You are what you eat” seems to be the appropriate way to end this article.