Letters to the Editor - February 1996

It's wonderful being back on the mailing list of R.A.P.. I look forward to it every month. It's kind of a look at who's doing what in the prod. business, and a place where it seems we can brush the ego aside and let it all hang out...so let's hang....

There was at one time a very good and, might I say, educational column on copyright infringement written in series by Flip Michaels. We all remember that one. The letters to the editor were singin' about how we have to police our own industry. Well, how about flippin' on the rollers and light up a few offenders.

I sat down as I do every month and gave The Cassette my undivided attention. Ya know, I like listening to so many ways to create both image and message. It's also a great way to shop for new talent. Let me tell you, there was some real nice work on this month's Cassette [Jan. 1996], including the very good, and some not so good, creative that clearly broke every copyright law in the books and some they haven't gotten around to...and there was a bunch of that. Can you see where this is going?

Like I said, I used to subscribe when I toiled for the radio stations here exclusively. We sent in a spot and you featured it on The Cassette. We were all thrilled and considered it somewhat of an honor to make The Cassette. But why, if we are so interested in creating without infringement, do we honor those who don't give a shit, with a place on the tape, not to mention winning industry awards. Considering the quality of your magazine, and the quality of production being done by so many people in both large and small markets, I have to just sit and scratch my head--"no dandruff present" --and wonder why. Thanks for the vent.

I share your concerns about people who use material illegally to make their work sound better or win awards. I can't speak for the people in question, but they either purchased the rights to use the material (yea, right), used it without caring about copyright infringement, or simply didn't know it was against the law. Yes, there are still those who think their BMI/ASCAP fees give them the rights. In a perfect world....

Why is this material on The Cassette? Obviously, it would be difficult for us to confirm that every piece of music used in a production was properly licensed before putting it on The Cassette...unless we had some volunteers for the job, and I'm not sure we'd even want to do that. We try not to do too much "judging" of the work that goes on The Cassette. The work is not featured to necessarily "honor" anyone, but to simply enlighten the listener as to what is going on in other studios in other markets. No certificates are given, no awards presented, no calls are made to congratulate anyone for "making it on The Cassette" (with the exception of the March Cassette which features the RAP Awards finalists).

As far as people using unlicensed music to win awards goes, I can only speak for the RAP Awards. As a RAP member, you have the power next month to vote AGAINST anyone you feel is using music improperly.

...I've heard different opinions from different sources on the subject of audio compression. (I'm talking about voice or mike compression here, not music.) One source told me that mike compression did not compound itself. The example used was our station voice. If he added compression when he taped himself, then we add compression in the production studio, and then the audio gets even more compression once it goes through the processing at the transmitter, that the voice wouldn't sound like it had gone through three different stages of compression. The other source said that there absolutely WOULD be a difference. Any comments?

An excellent question. Both your sources may be right (don't you hate answers like that?). It depends upon the audio in question. A compressor basically reduces dynamic range by limiting peaks. If your voice track has lots of compression on it to begin with, and it is run through another compressor, further compression would only occur if there are any peaks over the threshold setting. So, you could add more compression each time if each following compressor was set to compress more than the last one. But, it's usually the other way around with voice tracks. The heaviest compression is usually applied first, and the transmitter processing is usually applying the least amount of compression (in order to maintain as much dynamic range as possible while still pushing that 100% modulation mark). So, theoretically, you wouldn't hear any more compression on the voice. That's how it SHOULD work. When you throw sound effects and music into the mix, it becomes more difficult to say what's going to happen. The compressors are going to react to whatever audio crosses the threshold. (Don't some voices just sound great compressed three times?!) 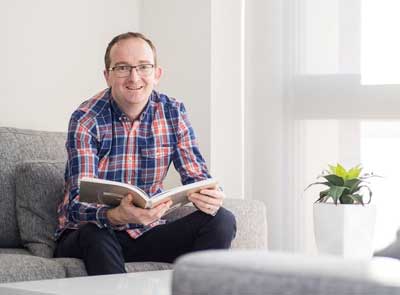 July 11, 2019 1598
For as long as this publication has been around, so has the desire of many radio production people to leave their jobs behind and start their own production business. No two stories are alike, but they all have common threads...
Read More...
© 1988 - 2022 Radio And Production, LLC
Go to Top