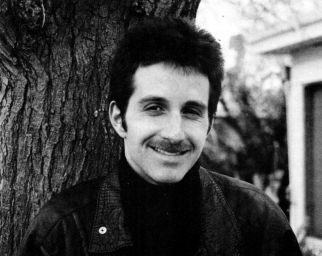 This month's RAP Interview checks into the competitive market of Phoenix, Arizona where Jason Garrett heads up the Production Department at Variety 104.7, KVRY-FM. Jason was in grade school during the disco days of the seventies, but by the time he was in college, he became known as The Disco Stranger, a seventies character that eventually got Jason his first professional radio gig. This led to a successful run as a CHR night jock on several stations under the air name, Kid Corona. The constant moving up and down the dial eventually lost its appeal, and like many of today's Production Directors, Jason left the airwaves on a full-time basis to take on the duties of Production Director. It has been about a year and a half since Jason made the switch. Join us for a colorful visit as we check in to find out how things are going at this second stage of his career.

R.A.P.: Where did your radio career begin?
Jason: My career started while I was a student at San Diego State University. My first radio job was at the college station there, KCR-FM. I started off doing a one-hour disco show. The station had a kind of hard rock alternative format which I really wasn't into. So, to get around playing that music, I asked the PD if I could do this disco show. Eventually, that turned into a four-hour deal. From that show, a character emerged that eventually got me into my first real radio station. Somebody dared me to start dressing up to get into character on the show, so I did. Then it was my idea to take this character out onto the streets, and I started doing this strut, this dance, in front of students on Friday afternoons. The character became known as The Disco Stranger. I took this gig down to Mission Beach and to Padres games. I started getting publicity and TV coverage, and this led to my first on-air job at XHRM in San Diego, which at the time was called the Power Station, 92.5. I did nights there while in college. That was my first on-air gig, and that's how I broke in.

R.A.P.: Did you do a seventies show at XHRM?
Jason: No. When I started doing radio professionally, it had nothing to do with the seventies. It was a CHR station--actually it was an urban format at XHRM, and they hired me mostly because they liked my high energy delivery that derived from my disco show presentation.

R.A.P.: Did you continue to do the gig at the college station?
Jason: I continued doing that show and that character until my graduation which was in 1991. But before I graduated, I also worked at a couple of other stations in San Diego. I actually started professionally as a morning show producer at Q106, KKLQ in San Diego, producing the Murphy and McKeever morning show. That was back in '87. Then I went to XHRM 92.5 in '88 or '89. After that gig, I went to XHTZ, which was Jammin' Z90 at the time. In 1989-1990 it was just getting off the ground. My whole background has been as a top forty CHR night jock.

I established a pretty large cult following with this disco character, and you've got to remember that back in 1987-88, this seventies trend was not really in existence at all. Most people thought I was nuts, but I got tons of TV coverage and newspaper coverage from it.

March 01, 2002 6764
by Steve Cunningham I like shareware software in general, and not because it’s inexpensive (although it usually is). No, I like it because it’s often the product of one or two manic programmers who, because they couldn’t find a...
Read More...
© 1988 - 2022 Radio And Production, LLC
Go to Top