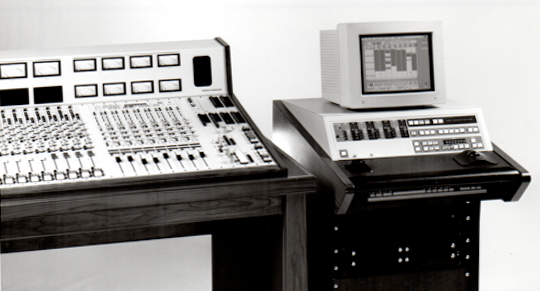 More and more stations these days are delving into the digital realm. There are stations all over buying everything from single digital workstations to total tapeless studios. It's not uncommon to see tapeless and even paperless radio stations -- you know, where the traffic, billing, continuity, music and programming are all handled by one networked system. (Kinda takes you back to the fears when automation was first introduced, doesn't it?)

The benefits of digital audio workstations are pretty well known -- digital sound quality, non-destructive editing, cutting, copying and pasting, digital signal effects processing, time coding, etc.. These are all standard features of most digital workstations. If they're not, you're looking at the wrong one. But, there's more on the benefit side of going digital than mere audio superiority. Along with incredible audio quality comes increased efficiency, increased creativity, and capabilities unheard of before. Also standard with any good workstation is its ability to be expanded to meet your growing needs, and the software must be easily upgradable as new updates are released.

Once you've decided to take the plunge and go digital, there are quite a few choices on the market today. Let's take a look at one of the better ones.

Pacific Recorders proudly introduces...(fanfare pleez)...the ADX Radio Production System! If you went to NAB last month, you must have seen the ADX. It was one of the most impressive displays at the convention. If you were there, hopefully you had the chance to watch the ADX in action, or maybe even get behind the scrub wheel and take it for a little test drive yourself. If not, I'll try to tell you what you missed.

We were unable to borrow the ADX for a couple of weeks (as we do with equipment for most Test Drives) mainly because the complete ADX System requires a PR&E Productionmixer or ABX console (which we didn't have laying around). We were instead flown to Pacific Recorders headquarters in Carlsbad, California for a quick, one-day tour of the unit. Therefore, this review isn't as comprehensive as it could be, but we'll certainly try to cover the basics of the ADX for you.

The ADX System consists of two separate units. The first is the ADX WorkStation which is the digital, 8-track recorder/editor. The other part of the system is the ADX MixStation which is basically an 8-input, automated mixdown module that fits into the Productionmixer or ABX console.

The first thing that impressed me about the ADX Production System was Pacific Recorders' sincere desire to deliver the best possible product. Anyone who has dealt with them in the past is familiar with what I'm referring to. Pacific Recorders has built its reputation on providing some of the best consoles available in the broadcast market, and now they bring those same philosophies to the exploding field of digital workstations.

June 01, 2002 7039
by Steve Cunningham The venerable VoxPro editor has been around for several years now. Heck, it pre-dates consolidation, and the last time it was reviewed in these pages most DJs still worked live shifts. Much has changed since...
Read More...
© 1988 - 2023 Radio And Production, LLC
Go to Top