SOUND CHARACTERISTICS. Do you remember them?

Be quick or be dead.

Okay. There are three:

The surround sound invasion allows me to assume that one cannot escape the daily review of SOUND DIRECTION. So, let's discuss SOUND FREQUENCY and SOUND INTENSITY.

Sound is produced by a vibrating body. As a body vibrates back and forth, it creates pressure variations in the surrounding air, which is pushed outward in waves. These sound waves are cyclical and can be illustrated by the "sine wave." 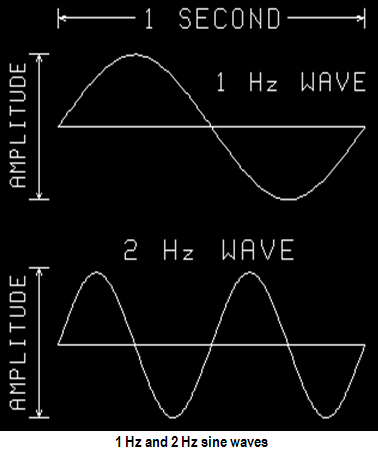 These waves vary in both frequency (the number of cycles per second) and intensity (the strength, or "amplitude" of the wave).

The faster the body vibrates in the air, the greater the number of cycles produced and the higher the sound's frequency. Our industry, as you know, notes sound frequency as "pitch."

People are capable of hearing frequencies between 16 and 16,000 Hz depending on gender, age, and health.

We're most sensitive to sounds between 500-4000 Hz (the range of sound frequency most prevalent in human speech).

Our sense of loudness is more a relative measure than an absolute scale, so we generally are working with a ratio of the intensity, or loudness, of one sound to that of another. We measure this intensity ratio in "decibels (dB)."

Decibels are measured on a logarithmic scale which allows us to express very large physical values with a rather small and convenient scale of numbers. The decibel scale is designed so that a doubling of intensity is expressed as a change of 3 dB. Therefore, a change from 3 to 6 dB is a doubling of sound, as is a change from 6 to 9 dB, or from 15 to 18 dB.

Hey... after this column, my decibels hertz! Remember that it's not only important to know the measurements, but the facts behind them too. As the years pass, take that extra effort to hold on to the basics. Happy New Year! And, hey! I'm as serious as a train wreck!

June 01, 1995 18816
by Jerry Vigil In the world of digital multi-tracking, two tape-based systems have gained wide acceptance. First came the ADAT which records to S-VHS video tape. Alesis and Fostex offer the machines for this format. Then came...
Read More...
© 1988 - 2023 Radio And Production, LLC
Go to Top