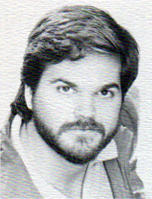 I don't know about you, but I got into radio production because you COULD do it all. I loved the feeling of knowing that when I heard a promo on my station, I could take total credit for it from beginning to end. While this is great for your ego, it can really put a damper on your career! In the early stages of one's creative development, I still feel a "do it all" approach is a healthy one. It forces you to explore and try to conquer every angle of your job. You get a chance to test your limits. That's the tough-skinned, positive attitude you need to get started in this crazy radio business.

However, once you're in, you have to take the next and sometimes toughest step: force yourself to recognize your limits and begin to explore ways to blow through them. When I first stumbled into a production studio, two of my personal roadblocks were lack of multi-track experience and the fact I didn't have a deep booming "radio" voice. By owning up to these weaknesses early on, I was able to look for possible ways to work through and strengthen these weak spots. It also helped me pin point my strong areas and feel good about my talents.

Those that know me know I worked full-time as the Production Director of two stations to pay my way through college. I'm too young to talk about walking seven miles to school every day, but I will say that it takes some sacrifice to get where you want to go.

To tackle the multi-track experience problem, I skipped more than a few nights out drinking with the guys in order to save up and buy a junky, old, beat up, used, out of alignment, home model TEAC 4-track and a Radio Shack mixer. (Now, I don't want to sound too smug. Believe me, I still had my share of wild nights out.) To tell you the truth, I never turned out any-thing of audio quality on that thing I fondly called a 4-track, but I learned a very solid knowledge of multi-track concepts. My first job out of school as a producer at TM Productions threw me from my home 4-track and into the world of 24-track recording, but I knew the basics and had a blast. Now, in my fifth year in New York at HOT 97, I'm using the Synclavier and it's two hundred tracks. I've had a lot of fun creating sweepers and promos that push the technology to its edge, and I owe that to a very solid understanding of those early learned basics.

My not so booming voice was a tougher battle for me to fight, but I think I learned the best lesson from it. I guess I lost that battle but won the war. You see, I went to the library and read books on voice development. I paid for a voice coach. I did everything I could. Guess what? I still didn't sound like Chuck Riley, Eric Edwards, or Brian James. I had to face up to the fact that I need others to create the kind of production on tape that I hear in my head. Sure, I could have continued to hog the glory and voice everything as well as produce it, but I'd still be back at that small market radio station bragging to my buddies at the bar that it was my voice they just heard on the radio. Instead, I worked on my directing skills. I decided that if I was going to use someone else's voice in my work, I was going to help them sound the best they ever could.

I also continued to work on what I considered my strengths. I worked hard on my writing and I continued to develop my technical skills. The key here is that I continued to learn and listen! If I ever stop learning or ever stop listening, I'll stop getting better.

Don't try to do it all yourself. Take advice from others. Read your copy to people. Listen to what they have to say about it. Don't be afraid to take suggestions. Surround yourself with creative people and just throw out ideas. You'll end up with a lot of ideas and a few of them might be great ones.

One of the latest weekend promotions we did at HOT 97 that got huge listener response and made the front page of R&R would have never worked without that kind of group input. A week after the Gulf War broke out, we wanted to step up our on-air effort beyond simply playing songs with salutes to the troops dropped into them. Every station in New York City was doing that, and if you want to win, you have to do something different. Well, someone in programming wanted to have a "Get That Bastard" weekend with listeners trying to pin the Patriot missile on Hussein. When you heard an explosion, you won. Funny, but a bit out of bounds for the first week of a war. Most of us were worried that a contest like that would offend a lot of listeners. Some of the staff wanted to have listeners make dedications to the troops all weekend. Patriotic, but one more thing that all the stations were already picking up on. We all agreed we wanted to show our support for the troops but do it in a way that sounded fun on the radio. We ended up doing a "Get That Bastard" weekend, but not quite in its original form. We took dedications all weekend, plus once an hour a listener would win a HOT 97 "Get That Bastard" T-shirt with an American flag on the front and a "not so nice picture of a very bad man on the back." Plus, HOT 97 would make a donation to the U.S.O. (a group that HOT 97 was already doing a lot of charity work with) in the winner's name. The listeners loved it. They got to work off some of their war tension and feel good about helping a worthy cause. All of us at the station loved it because we ended up with a promotion that far out did what any other station in the city had on the air that weekend, and we did it without offending any of our listeners. But the point is that this successful promotion wouldn't have happened without the collaboration of several people.

"Don't try to do it all yourself." Sure, it's easy to say, but where do you start? One place to start is with this month's RAP Cassette. Pop it in the deck and listen to some other people's ideas. Learn from their style and execution. If you think you're from too big a market to get any ideas from smaller markets, take note that there's at least ONE guy working in the largest radio market in the country that listens to every cut on every RAP Cassette every month! And I'm glad to say that I've gotten "thank you's" from my General Manager on promos and sweepers that started out as ideas on the RAP Cassette submitted from tiny 2-track production studios in small towns across the country. It doesn't matter where good ideas come from as long as you're smart enough to recognize them. Give yourself a break, by not trying to do it all. You can take pride in the things you do the best.

July 01, 1990 18627
by Jerry Vigil Perhaps one of the handiest tools in a production room is a mike or voice processor. Gear that falls under this category usually consists of several processors built into one. This frees up outboard gear for other...
Read More...
© 1988 - 2023 Radio And Production, LLC
Go to Top