Perhaps one of the handiest tools in a production room is a mike or voice processor. Gear that falls under this category usually consists of several processors built into one. This frees up outboard gear for other things and gives you a box designed specifically for processing your voice tracks. One of the nicer mike processors available is the Orban 787A (Test Drive - December 1989), but with a list price at $1,995, the 787A finds itself out of reach of many budgets. On the other hand, the 528 Voice Processor from Symetrix provides a quality processor at a price almost one-fourth that of the Orban.

The 528 is not a new box. It has been around for over three years, and price combined with performance explain why the 528 is the choice of many. Fitting in one rack space, the unit gives you a de-esser, a compressor, an expander, and a three-band parametric equalizer. Operation is simple and the output supplies the user with more than ample processing of the voice, whether you're looking for a highly processed sound for a special effect, or just simple gain control and/or EQ.

Taking the front panel and going from left to right, our first knob to play with is the MIC GAIN. This sets the gain of the internal pre-amp and is variable from 23dB to 50dB. A line level input is available if you choose to use an external pre-amp. To the right of the MIC GAIN control, a CLIP LED illuminates indicating output levels above +16dB. +48 volt phantom power is accessible by flipping a switch on the rear panel.

The next set of controls are for the de-esser. A nice feature of the de-esser not found on all mike processors that have de-essers is the DE-ESS FREQUENCY control. This function allows the user to select the frequencies which will be affected by the de-esser. The range of frequencies is from 800Hz to 8kHz. Directly below the frequency control is the DE-ESS RANGE control. The range control is variable from 0dB to 20dB. At zero, the de-esser is inactive. At the maximum 20dB setting, the selected frequencies will be attenuated 20dB. Because the FREQUENCY can be set as low as 800Hz, the de-ess function of the 528 operates on frequencies well below those associated with "ess" sounds. This added feature makes it possible to do a little more with this de-esser than with those operating on fixed frequencies; however, the frequency control sets what is called the "corner" frequency which basically means you won't get the effect of "notch" filtering -- all frequencies above the setting will be cut. Just to the right of these controls is a BYPASS switch which will remove the de-esser from the circuit and leave the other sections of the processor in line. The compressor/expander section and the EQ section each have bypass switches also, so any combination of the three sections can be set up quickly.

Next on our little trip from left to right are the compressor and expander controls. Those of you who don't like having too many knobs to worry about will appreciate the compressor and expander of the 528. The only controls you have to concern yourself with are the COMPressor THRESHOLD, the EXPANDer THRESHOLD, and the COMPression RATIO. There are no attack and release time controls to bother you. The 528 uses a "program controlled interactive dynamic range processing technique" (whew!) which analyzes the input and automatically adjusts attack and release times to best suit the input. As far as we could tell, this "PCIDRPT" did the job just fine. The compressor threshold can be set from -50 to +20dB. The expander threshold is variable from 0 to -60dB. The compression ratio is adjustable from 1:1 to 20:1. 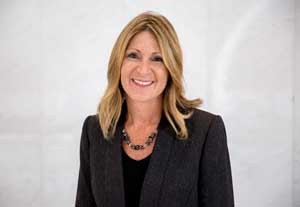