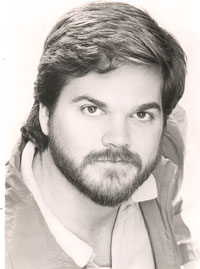 This month, Radio And Production takes a look at production in our country's number one market and the man qualified to be there. We selected Emmis Broadcasting's WQHT-FM in New York. The virtuoso behind the console and heading up the department is Rick Allen.

R.A.P. Let's get your background, Rick.
Rick: I got into radio when I was 15. I was on the air from 4am til noon on Sunday mornings at a small station in Danville, just outside of Indianapolis. I rolled tapes for the religious shows and did a couple of hours on the air. I worked my way up to a couple of weekend shifts, and used to love to hang around in the production studio. For some reason that always clicked. While I was doing that, I got an internship at the local top 40 station, which at the time was WIFE in Indianapolis. I basically just hung around and paid attention. I was young enough that the guys in production never really saw me as a threat to their job, which was real lucky for me because they taught me a lot of the tricks that take a long time to learn if nobody shows them to you. I did this through high school.

When I graduated, I went down to Indiana University and worked for a year at the local college station, and then got a job as the weekender at WTTS-AM in Bloomington. I worked weekends for about 6 to 8 months and hung around their production studio, doing promos on my own whenever I could. I would say, "Hey, if you wanna use them, here." All of a sudden they decided to create a full-time Production Director position. So for 4 years, while I was going to school, I did all the production for WTTS and WGTC, which was their FM station. These guys let me go to school full time and work full time. So if I had a 2 o'clock class, I could take off and come back. These people were wonderful.

While I was there, I really started listening to jingle demos. One of the jingle companies we used was TM. A guy named Ken Justis used to put together all of TM's jingle demos. If I've had a mentor, it's been Ken Justis. He was a VP at TM, and in my mind a creative genius. I used to call and talk to him often. I'd send tapes and say, "I'm not good, I'm not ready yet, but what am I doing right, what am I doing wrong?" I stayed in contact with him for over 3 years and when I graduated, it turned out there was an opening at TM. I went down there as a producer right out of college. The scary thing was, this was one of my goals for the end of my career; I wanted to be a producer for TM. Then there I was at TM and only 21. I was with them for a year and a half and wrote and produced all their jingle demos while I was there.

R.A.P. Why did you leave TM?
Rick: A couple of things; An illness in the family called my attention to Indianapolis, and Earmark Productions had been talking with me. Earmark was a small jingle company in Indy that produced jingles for advertisers. They talked to me about a sales job. After being told a million times, "sales is where the money is", and with the family needing me in Indy, I took the job with Earmark Productions in sales. I was with them for 2 years.

During that time something interesting happened, the development of MIDI. These guys were really young and hip and into that. I learned a lot just hanging around. That was my first experience with the computerization of synthesizers.

I was making a lot of money, but I was finding that sales was missing my talents. There was a local radio station, WIBC, that had an opening in production. I put together a tape and sent it over there. They called me, and we went back and forth for about three months before they hired me. A funny story there is that one of the reasons the PD didn't want to hire me was because he didn't believe the stuff on my tape was really mine. He'd say, "Now you promise this is you?" I'd say, "Yeah!" and he'd say, "Well, we're going to find out if it isn't, because we're gonna put you to the test." and I'd say, "Fine." That was a neat experience, somebody liking my stuff enough, to not believe I did it.

While I was there, I got into sampling. I went out and bought a really inexpensive sampler and started doing some sweepers and ID's. I put together a little package, and the guys at TM heard it and asked if I was interested in letting them market it for me. That was the creation of TM's DVI package, or the Digital Voice Identification package. That was a real turning point for me. All of a sudden, KIIS-FM in L.A. bought my work and we cleared some 50 stations with the package.

R.A.P. Was your voice on this package?
Rick: No. We used a lot of different voices. I don't have a real killer radio voice. I can do a lot of situational stuff, but not the real announcer stuff. That was one of the questions with WIBC, whether they should hire me or hire a voice guy. My philosophy was: Do you want to hire a big deep voice and add one more voice to your staff, or do you want to hire me, who can come in and make the 5 or 6 voices you've got, that much better? Do you want to add 5 great voices to your radio station or just one? That was my argument, and they really appreciated it once I got in there, turned some of those guys around, and made them sound very good on the promos and stuff.

R.A.P. So was it off to New York and WQHT from there?
Rick: Right, and the funny story there is that Rick Cummings, the Vice-President of Emmis, was in Indianapolis, listening to my work on WIBC; and Joel Salkowitz, the PD of WQHT at the time, had bought the DVI package from TM for WQHT. So he thought I was in Dallas. When Joel said, "Who should we hire for a production guy?" Rick (Cummings) said, "Well, I know this guy in Indy," and Joel said, "I know this guy in Dallas. Let's get together and talk about them." Obviously, it turned out to be the same person! So they gave me a call and asked me if I wanted to come to New York. That was about 2 years ago.

I came out here and continued to do a lot of free lance stuff through TM. Because of the exposure I was getting, a lot of people started coming to me directly (for sweepers and ID's).