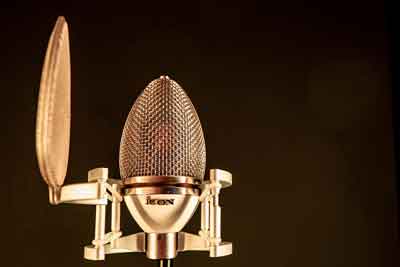 Cocoon could conceivably conjure up images of the namesake 1985 American science-fiction comedy-drama film directed by Ron Howard about a group of elderly people rejuvenated by aliens — at least to those of a certain age, yet there is no denying the aptness of the name iCON Pro Audio applied to the cocoon-shaped intergalactic design of the first of two large-diaphragm professional studio microphone models making up its newly-launched Space series. Clearly, Cocoon is as eye opening in looks as it is ear opening in delivery, thanks to incorporating a true electrostatic Golden Drop™ transducer within its space-age capsule architecture. A sputtering technique where a precisely engineered pattern of golden dots is distributed, this innovative technology allows Cocoon’s 33 mm (active) diameter diaphragm to move with laser-sharp precision for increased intelligibility while simultaneously reducing any colouration or distortion, which proves particularly effective given that the transducer is the part of the microphone that actually detects and converts the sound waves! With the thin, ultralight membrane being fabricated with pure 999 gold — considered the best purity of gold readily available since this refers to purity in parts per 1,000, meaning 999 parts are gold, Cocoon’s resultant extended upper clarity with smooth midrange suits any voice or instrument application. 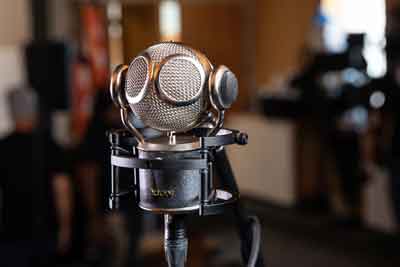 Meanwhile, Martian sounds as warm and friendly as he looks — yes, iCON Pro Audio refers to the second entrant in its Space series of large-diaphragm condenser microphones as a ‘he’! Though the family resemblance to his cocoon-shaped sibling might not necessarily be physically obvious at first glance, enclosed inside the rotating head is a space-age shock-mounted capsule with an electrostatic Golden Drop™ transducer made of pure 999 gold, allowing the 26mm (active) diameter diaphragm to move more quickly for rich detail and transparency. But below the shock-mounted capsule residing in his head, Martian rides in an advanced full-body shock-mount, complete with face shield pop filter, which neutralises unnecessary vibrations and minimises plosives, thereby ensuring the best recording experience possible. Perfect placement of his pop filter is perfectly possible, thanks to being able to rotate Martian’s head to just the right angle. And, no, he is not an extraterrestrial, but rather his Class-A discrete electronics housed within his durable metal die-cast body are also built by hand in Latvia using only the highest-quality components for peak performance, superlative durability, and extremely low self noise.

As an eye- and ear-opening fusion of vintage-sounding clarity with bold, intergalactic design as the two large-diaphragm condenser microphone launches with which iCON Pro Audio is inaugurating its Space series, serious recordists looking to make a bold statement in their studio spaces should surely consider making some space for the phantom-powered — +48V (+/-4V) — Cocoon and Martian models… space-age microphones for new-generation studios!

Cocoon and Martian will begin shipping in Q2 2021 with a MAP (Minimum Advertised Price) of $499.00 USD and $699.00 USD, respectively. For more information, visit https://iconproaudio.com/.