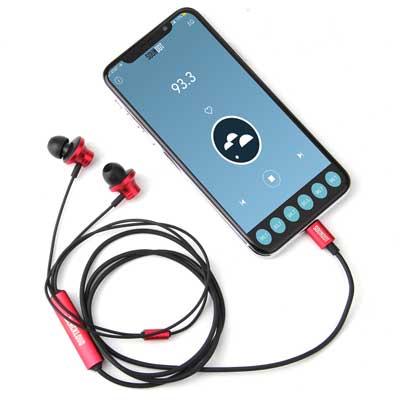 “We developed the SOUNDOT headset family so that consumers can enjoy powerful and clear sound performance every day, and to ensure they never miss a beat if they lose internet,” said Mr. Chih-Hsu Yen, executive vice president, Blackloud. “Even without internet users can tune directly into FM radio to listen live and compression free to sports, music, weather and even emergency broadcasts.” Listening to FM radio via the built-in chip uses no mobile data, saves battery life, and eliminates the delays of streaming.

Guaranteed FM reception prepares users for crises if connectivity fails. Craig Fugate, former head of FEMA, cites a lesson learned. “I believe everyone’s emergency kit should include something to access broadcast radio, be it a battery-operated / hand-crank radio, or an FM-enabled device. It is easy to trust that our smartphone, the internet or pay-TV will be there when we need critical information. However, our cellular or TV systems often go down, leaving us in the dark literally and figuratively. It happened to me during Hurricane Irma. Good thing I had a battery-powered radio – it was the only news source I had.”

Premium sound quality and customizable sound effects for everyday use:

The SOUNDOT AF1 FM headset for iOS devices is now available for US$79.89 from https://www.blackloud.com, as well as from Amazon, Newegg, Sears, Walmart, and other online retailers. Initial units are red, with white and silver options planned by year end. The earbuds come fitted with a medium-sized cushion, with small and large cushions also provided. Each package also includes a quick guide and carrying pouch.

August 01, 2000 2479
Val Davis, Co-Founder, AudioSonix, Olney, Maryland Several companies are quickly establishing themselves as major players in the new game of Internet based audio delivery. One of those companies is Olney, Maryland based...
Read More...
© 1988 - 2022 Radio And Production, LLC
Go to Top