Soundly, an audio technology company, released V2 of its popular cloud-based, sound effects library and workflow tool, Soundly. With over 100 new features including a new shared collaboration space and access to more than 10,000 high quality SFX (sound effects), Soundly has achieved a new milestone in cloud-based audio workflows and quick access to SFX from anywhere with an internet connection. 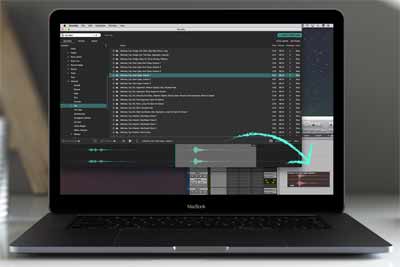 The task of sound editing frequently takes a back seat in post-production, so it’s never been more important to remove barriers to creativity by speeding up the process of finding and placing sound to picture.

Soundly is a unique, turnkey solution for adding sound to picture. Not only does it contain an online library of sound, but it also features a specialized application for editing and placing sounds. With a simple click, Soundly subscribers can instantly audition any sound and edit it on-the-fly using the waveform view before dragging and dropping the desired portion of the sound into popular editing applications (such as Avid Pro Tools, Apple Logic and FCP, Avid Media Composer, or Adobe Premiere Pro). With Soundly, multiple steps are avoided from traditional workflows, saving valuable time for editors. Only Soundly provides a centralized hub to search for sound effects not just in the cloud library, but also on local storage, shared network attached storage, and even through large online systems like Freesound.org.

“No other software on the market integrates sound effects in the cloud like Soundly,” said Christian Schaanning, Co-founder of Soundly. “Our customers tell us Soundly is so fast that it feels like you are working on a local drive. You can work in every possible location as long as you have an internet connection. No hard drives or dongles are needed. With V2, we’ve raised the bar significantly adding new core features like a shared cloud collaboration space for sharing personal collections of SFX with colleagues and friends.”

In V2, every individual Soundly subscriber receives 10 GB of collaboration space in the Soundly Cloud. Multi-user accounts get as much space as they need, enabling them to move their entire workflow to the cloud. Users can share personally created sound effects with colleagues and friends. Perfect for feeding picture editorial with SFX for rough cuts and sketches, shared sounds can be used in projects as easily as a sound from the Soundly Library.

Also in V2, users can now work on the same shared database over a network. Editors can log on from different accounts, and access sounds without indexing all sounds on different computers. If changes are made to the local database, like adding more sound effects, they will automatically appear in every user’s library folder. Unlike other systems, there’s no separate server required, and setup is extremely easy.

For Pro Tools users, Soundly has implemented “Spot to Pro Tools” — By simply pressing one button, Soundly spots a sound effect region to the cursor in Pro Tools, and automatically copies the audio to the sessions audio files folder. Best of all, the copied audio includes "handles" so an editor can trim start and end points of the sound clip to make it longer than the original selection.

“With 100 new features, most directly implemented from user feedback, Soundly is a perfect fit for both video and audio editors alike,” said Peder Jørgensen, Lead Developer and co-founder at Soundly. “Our beta users have been delighted, and we can’t wait for all of our users to get their hands on it. For V2, we’ve created a new video which we’re very proud of. Hopefully you’ll enjoy watching it as much as we enjoyed making it.” Click here to view.

Available immediately from http://getsoundly.com for Mac or PC, Soundly is free to download and includes access to 300 sounds. The Premium SaaS version includes 10,000+ premium sound effects, full sound catalog indexing, access to the Soundly store for specialized in-app purchases, and access to 100,000+ more sounds from Freesound.org to use within Soundly, all for only $14.99 per month.

Soundly makes the revolutionary cloud-based Soundly sound effects library and management tool. Based in Oslo, Norway, Soundly was founded by two professional sound designers: Christian Schaanning (a recipient of the Amanda Nordic Film Award, Academy of Canadian Film and Television Award, and Golden Reel awards in the US, and Motion Picture Editors Guild nominee) and Peder Jørgensen (creator of several apps and audio workflow tools, and a longtime sound designer for commercials). The Soundly team brings a perfect mix of sound design experience and agile UX-focused software development together to help content creators become more efficient and more creative when adding sound to pictures. After all, sound without a picture is music, a picture without sound is a painting.