Record, perform, compose and playback - all on the world's first connected smart acoustic guitar. HyVibe Audio, a sound technology company that uses vibration technology to create the purest possible sound from any object, announces the world's first smart acoustic guitar. The HyVibe Guitar uses this proprietary vibration technology and a wireless Bluetooth connection to become its own connected speaker, multi-effect processor, recorder, and amplifier, without all the cables, amps, or pedals. 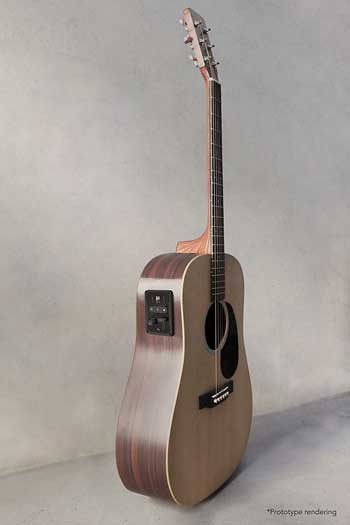 "Acoustic guitar players have high standards for natural sound, but also want the features and flexibility of digital," said Dr. Adrien Mamou-Mani. "We address these needs by using the natural vibration of the guitar to create the best possible sounds and add digital control and connectivity to give the player effects, recording, and playback - all within the guitar itself."

What is a Smart Acoustic Guitar?

The HyVibe Guitar begins with a solid AA spruce top for the best natural vibrations and custom-built specs for the ultimate in playability. HyVibe then introduces their proprietary algorithms and multiple actuators to transform the natural vibrations of the guitar from the top plate, by the bridge where the instrument performs best to add high quality effects. Digital recording and looping features are included for convenient songwriting, performing, and practice. Finally, wireless Bluetooth technology is embedded as well as an Android and iOS App, connecting the guitar, and it's player to the world. 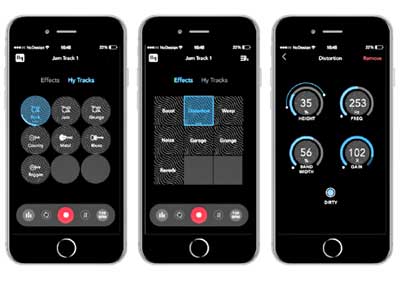 Musicians have been songwriting, recording and performing with prototype HyVibe Guitars since 2011, providing valuable feedback from real-world use. Watch videos here.

"Based on years of research, our technology fuses the world of acoustics and digital in a way that has never been done before. Since we excite our guitar by the bridge, the origin of the digital sound is practically the same as the natural excitation by the strings. When the live sound, the effects, and the backing tracks are all coming from the guitar itself, it's a unique experience that the player can really feel," added Dr. Mamou-Mani.

The HyVibe Guitar is available for pre-order on Indiegogo:

About HyVibe: HyVibe Audio is a sound technology company that uses its proprietary vibration technology to create the purest possible sound from any object. The technology can be used in many industries such as telecommunications, multimedia, automotive, industrial, aerospace, and musical instruments.

HyVibe was officially formed in 2017 by Dr. Adrien Mamou-Mani, Francois Beaulier, and Matthew Volsky based on the research and development that Dr. Mamou-Mani conducted for the past 7 years at the world famous Ircam in Paris, France.