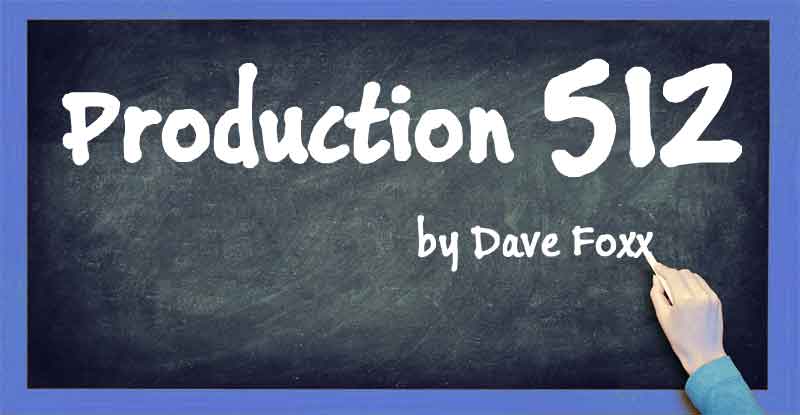 These days when I’m not writing, I spend most of my time doing voice work for radio stations all over the world. They all are English speaking stations and since that is my ‘mother’ tongue, I do pretty OK, 95 percent of the time. The leftover 5 percent can be troublesome.

A few years ago, when I first signed with a client in Nairobi and Mombassa, Kenya, everything was going beautifully on their startup session…until I got to the jock names. Rapcha tha Sayantist stopped me cold. Thitimaa was simply beyond my ken. Fred Indimuli? Most of the time, I was cruising along with phrases like “The perfect blend of R&B, Reggae and Soca for your Saturday night.” Then the next phrase would be, “with your host Nbogo Mwangi.” I was quite certain my stint in Kenyan radio would be short-lived, but David, the Hot96 PD at the time, was kind enough to send an MP3 with a complete pronunciation guide for each jock and place name. My Swahili has been steadily improving ever since, to a point where I know what Habari Yako means and can actually say it with some authority. Because of events like this, I now completely understand how impossibly mean I was to Keith Eubanks all those years ago, when he was the voice of Z100 but, I’m getting ahead of myself.

One of my oldest and still favorite VO clients is MixFM in Beirut, Lebanon. They don’t speak Swahili there, in fact, surprisingly to me, the country’s primary language is English. The second most popular language is French, followed by Arabic. As a result, some of the place names, event sponsors and even the name of the local Beirut version of Ticketmaster: ABC Arishrafeyah are a challenge. (The first three letters are pronounced Ahh-Bay-Say.) One of the big sponsors for concert events is the French cigarette company, Gauloise. Let me just say that my French sucks. Honestly, it’s no surprise that I would have a problem with some or all of these, but it gets to be a bit weird when you think you know and are completely wrong. I’m sure you know the Japanese electronics company, Nokia. It’s simple to say NO-kee-yuh, as most of us do in the US, but you’d be wrong in Lebanon, where they say KNOCK-ee-ah. I had to recut an entire page of copy for a nightclub event. I know…boo-hoo, first-world problems. I’m not looking for sympathy, just pointing out one of the pitfalls of doing international VO work.

It really gets fun when you're dealing with two countries, separated by a common language. When I first took on 98FM in Dublin, Ireland, I thought it will be a snap! Not so fast, Tonto. One of the first jock names I encountered was a lovely woman named Siobhan. She has long since moved on to another station, no doubt because the VO guy couldn’t figure out that it’s shuh-VONN, a perfectly beautiful Irish name that is actually quite common on the Emerald Isle. More recently, I learned that there are at least THREE ways to say Renault. The venerable French car maker most often in North America gets ren-ALT. The folks in Boulogne-Billancourt, France have been saying reh-NO since the company was founded in 1899, but our Irish friends (and the Brits, it turns out) say it, REH-no. I am forever grateful to Pat Gill for his patience with me.

It’s not just international clients either. Sometimes it’s just the way the locals say the name of their town. As the VO for WDJX/Louisville, I spent what seemed like a great deal of time learning to say Louisville correctly. It’s LOO-uh-vull, Not LEWIE-ville and for God’s sake NOT LEWIS-ville. Other city names I’ve come to know and love include Biloxi in Mississippi, which is pronounced buh-LUX-see…Lima in Ohio, pronounced like the bean, NOT like the Capital of Peru…Norfolk in Virginia, which when properly pronounced sounds like NAW-fuk (I know, I know)…and of course New Orleans which is GNAW-linz instead of the predictable NEW or-LEANZ.

Most of my clients are sensitive to this and regularly send an MP3 with a bit of pronunciation help, a good practice to follow if you’d like to avoid a lot of back and forth with your VO. A few of my clients have tried to guide me on the pronunciation or artist names as well, especially when it’s a new, unfamiliar name like DJ Khaled. If you’re not in the Miami area where he’s been a MONSTER talent for years, he has recently been burning up the national and international charts with songs featuring Justin Bieber and Rihanna. A couple of my writers insisted that it should be pronounced D. J. cuh-LEED. That just didn’t sound right to me, so I called a friend at Epic Records (DJ Khaled’s current label) and asked her point blank. She laughed and said, “That’s easy, it’s D. J. CAL-id.”

One of the first national VO jobs I ever did for iHeart was for the iHeart Radio Music Festival, held in the late summer in Las Vegas. After I sent my tracks off, I received a very officious note from one of the Senior Vice Presidents (no longer with iHeart), saying that I mispronounced the name Rihanna. He wanted to hear ree-ON-nuh. In a not-so-politic move, I simply sent him a clip of Rihanna saying, “Hey New York! This is ree-ANN-nuh….” I never heard back from him. The funny thing is, I hear this little mistake ALL the time. Maybe it’s the ‘h’ in there, but for some reason, people still insist she’s saying her name wrong.

More recently, as the premiere of Wonder Woman was approaching, I got script after script for midnight showings and local premiers in which I was instructed that the star’s name is pronounced Gal guh-DOUGH. Just to make sure, I googled it and discovered a short video on YouTube that featured the star herself (along with a bunch of others) saying her name several times as guh-DOT. If she were French, they’d probably all be right, but she’s not…she’s Israeli. Since I found that video, I’ve noticed a number of reporters saying it incorrectly and a couple of interviewers too. I’m not sure why she doesn’t correct them. I’d love to be around when they discover their mistake.

Aside from providing you with a few minutes of hopefully humorous diversion, there is a point to all this. I know I speak for a number of VO artists out there when I ask you, the producer or writer, to please be nice to us. Chances are really good that we’ve never been to your town and would likely not know that you say things differently. I have clients in Beirut, Lebanon and in Lebanon, New Hampshire. Everyone knows how to say Lebanon if it’s in the Middle East, but the Yankees up in New England say it, “LEB-uh-ninn.” One of the neighboring towns is Berlin…pronounced “BUR-linn.” Venue names, store names, even street names could sound very strange.

Back in the late 1990s, Keith Eubanks was the voice of Z100. Anyone who knew Keith well, saw him as being generally unflappable. He pretty much took everything in stride, unless you asked him to say a name he couldn’t pronounce…then, he’d truly flip out. Once Steve Kingston and Sam Milkman figured that out, for about a month it became a weekly contest to see who in our office could come up with the most outrageous name. New Jersey is full of places named for American Indian tribes and individuals, and naturally, they started showing up in our copy, even when we weren’t doing anything there. There was Hopatcong, Hohokus, and Lackawanna…Paramus, Parsippany and a couple of non-American Indian names that the locals insisted on pronouncing in a very different way: Bogota (buh-GO-tuh) and Piaget (pee-ADJ-it). Keith took it calmly the first couple of sessions, although he struggled a bit, but by the third session, he went totally postal for about 3 minutes, berating New York, Connecticut and New Jersey for having such STUPID names. Then, like the proverbial light bulb popping on overhead, he caught on. There was a moment of silence and finally, he said, “You guys suck.”

Just so you feel like you’re getting something other than a giggle with this column, a few tips on how to make your VO guy/gal happy:

For my entry on the Sound Stage this month, a Katy Perry promo I wrote/voiced/produced for Most Requested Live. I have to say, the copy was perfectly laid out, punctuation and all. Oh wait, I mentioned that I wrote it, didn’t I?

The fun part of the back story is, the show producer who got the ball rolling with copy points works out of New York. The production assistant who puts the finished promo in the system for play works out of Portland Oregon. Everybody, including the show host Romeo On The Radio loved the promo until the first time it actually played on the network. I got a panicked text from Colleen in New York, letting me know the concert was NOT at the LA Forum, as I had incorrectly said in the promo. I replied, “On it” and got to work. 3 minutes later, I emailed Coleen and Yoshi (in Portland) that a new version was waiting in my Dropbox. A few minutes later, I was sitting here in Austin listening when I heard me say, “Staples Center.” Ain’t the internet wonderful?

Dave welcomes your correspondence at .