7 Seconds is the New 30 Seconds 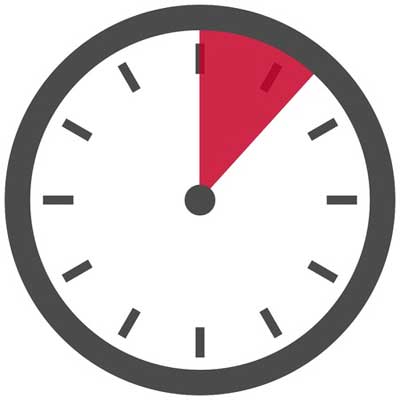 The best commercial I saw recently was 6 seconds long. I was watching some conspiracy video on YouTube that was two hours long and my feed was interrupted by a spot, which is always infuriating. The voice on the spot asked “what does ambiguous mean?” then the Google logo appeared and it was done. The commercial was over before I could hit “Skip Ad”. It was effective, short, and it came and went so fast I remembered everything.

This says a lot about the age we live in. Unless it’s the Super Bowl, not may consumers want to sit through a commercial. Consumers now have the power to choose what type of ads they want to see. Consumers also hold an incredible amount of power because they can skip the ad altogether if you don’t have their attention in 4 seconds. This Google ad got its point across in 6 seconds. So let me ask you. How long does it take a radio spot to get to the point? The answer is, way too effing long.

It’s important to put ourselves in the consumer’s seat and forget that we are programmers and producers of antiquated media. In fact, we better start doing this fast! Major corporations are partnering with people with a following on social media. Product placement and sponsored content will reign supreme in the future… here’s why.

1 – Digital statistics and traffic can be measure accurately. Radio can’t be. (PPM is not a science, and the issues I have with it are something for another day).

2 – You directly target the people you want to target, and the people who want to hear about your products already follow you! Then there’s the FM Radio “Shotgun approach”, which just spews information into the hemisphere hoping that someone is paying attention to the commercial in the middle of an eight minute stop set.

Now let me state that I believe advertising in radio can be effective if done properly. But… when was the last time that happened? I’ve produced ads for 16 years, and I know that 2% of the content I create actually has the chance at winning an award. The rest of the commercials in our stop sets are awful. Programmers know this! In Canada we program our Canadian Content after the stop set because they know people are going to tune out during it. If your programmer knows this, so does your audience! Yet we can somehow sleep at night knowing that family businesses spend their entire marketing budget on a spot no one wants to pay attention to. People do not want to sit through more than 4 seconds… unless it’s good!

So how can radio combat this incredibly effective targeted marketing of digital media?

Well… they can’t. Not unless you blow up your rate card.

How about instead of 15/30/60 second commercials, we only sell 7/15 second spots? I mean, Google got their point across in that time, and they seem to be doing alright. Unless your commercials are amazing (like on par with a Super Bowl commercial), I believe they do more damage than good. Get to the point, and shut up.

Radio will have to become better at selling less. Radio will have to work harder to find new ways of generating income online through sponsored content, product placement and DJ endorsements. It’s time to start thinking about how effective traditional radio content will be in the future and get creative… fast.

Dave is the main brain at Scoundrel Studios Inc. He welcomes your correspondence at .

October 01, 2003 6972
by Craig Jackman I’m a big fan of clever. Clever word play, clever construction, clever design — sometimes it’s not the big splashy thing that impresses me most. That’s why I’m always curious to give a look when iZotope comes...
Read More...
© 1988 - 2022 Radio And Production, LLC
Go to Top