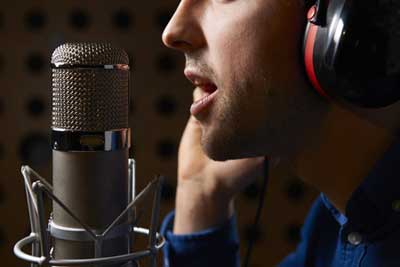 One of the keys to succeeding in the voiceover business is setting oneself apart; being and delivering something that others don’t. So, I offer three things that you can start doing today that will transform your voiceover career. Or your career as a writer. Or you career as a creative director.  Or your career as a…oh, you get my point.

This is all going to sound so esoteric, but it really is life changing for your business.

Volume Does Not Speak Louder Than Words

When you step back and look at this principle it makes total sense.

When do people get louder? When they think no one is paying attention or they don’t think they are getting through. Or perhaps when they are angry or frustrated.

Any one of those reasons says more about the person speaking than the person listening. When you raise your voice to someone you say more about yourself than you do about the person to whom you speak, and very little about what you have to say.  Generally when you raise your voice to someone, their natural reaction is pull back and pay less attention to you. Think about it.  When someone raises their voice to you, don’t you think less about what they are saying and more about how to take control or get out of that situation?

The same is true as a voice talent. The idea that you have to “project” is misleading. You have a microphone. You don’t need to “project.”

What you need to do is “connect.” And yelling never connects. Intimacy connects.

I Can’t Listen As Fast As You Speak

I have to credit my Dad with that phrase.

Now, as voice talents this is an ongoing battle.  We’re constantly given forty seconds of copy for a 30 second commercial.  And then they tell us that they really need it to come in at 28 seconds.

I realize that’s not your fault. That’s on the client.  BUT…

When you are given that time and space…use it!!!

One of my majors in college was music.  Voice, to be precise.  One of the things I discovered was that a rest is as important as any note.  The same is true with speaking.  Space; time is just as important as anything that you have to say.  Let your words and your phrasing breathe. And in doing so let your listeners use that time to absorb what you are saying.

Clients become fans of “what” you do and “how” you do it.  But they become believers in you because of “why” you do it.  That “why” connects with something inside of them that lines up with their passion and drive.  And it is often the “why” that creates long term, loyal clients.

Several years ago I was the live announcer for a big sales convention. One of the speakers was the top salesman for that company. After I had introduced him I sat there mesmerized by his presentation. It wasn’t a big “rah, rah, rah” speech. It wasn’t a “you-can-be-rich-too” speech. It was a simple heartfelt message that each of us has a story; a “why.” And at the heart of our success is connecting our story with our client’s story.

I realized at that moment that even as a voice talent I need to connect my story, my “why,” with each of my clients.  It’s not that I need to tell them my story, but rather that I know their story – who they are, what makes them special, and why they do what they do.

That simple realization changed my business.

Watch tonight’s news and look for those stories where they interview someone who saw the accident, or the fire, or they are the victim of a crime. And notice how you are drawn in by their story. If the news reporter was telling the story you wouldn’t be so connected, but when the person who has the story tells it, you are totally in it.

That’s what I’m talking about. When you get lost in the story you become compelling in your delivery. Even if the copy is weak and limited, make up the story in your mind and deliver it using their words. Let their story become your story.

These three simple ideas can change your career.  I know.  They changed mine.

Dan Hurst is a voice talent working out of his personal studio hidden somewhere on a Missouri lake. He has been known to surface occasionally if there is food or sports involved. But mostly he sits in his dark booth and talks to himself about Radio and TV stations. His wife prefers it that way. Dan welcomes your correspondence at . For more information on him and his VO imaging work check out his website at www.DanHurst.com.

May 01, 2012 7101
by Steve Cunningham Hailing from Baton Rouge, LA, Presonus has been around since 1995 and has achieved success primarily with its moderately priced series of audio interfaces and rackmounted effects processors. While the company...
Read More...
© 1988 - 2022 Radio And Production, LLC
Go to Top