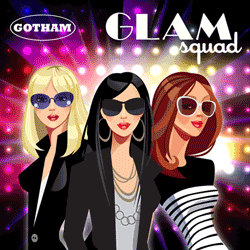 ► Gotham Music Library, the first production music library designed by music directors for music directors, will celebrate its 25th Anniversary as part of FirstCom Music with the unveiling of a new logo and upcoming new album releases. Created by FirstCom Music, the Dallas-based global leader of production music solutions, and renowned music director Emanuel “Manny” Kallins, Gotham Music Library teams Emmy award-winning composers and New York’s finest musicians to create a signature sound that has been used in the world’s top film, TV, trailers and other media productions. Among the composers are Chieli Minucci of contemporary jazz group Special EFX, and Steve Skinner, who has produced for Jewel, Celine Dione, R. Kelly, and many more. Kallins, Creator and Executive Producer for Gotham Music, said: “Twenty-five years ago, in my new office as Music Director for ‘Lifestyles’ was a box of CDs labeled ‘FirstCom Music.’ I learned the libraries and started using them. Now FirstCom is the home of my Gotham Music Library. My 25 year relationship with FirstCom -- first as a client and then as a music producer -- is still musically strong and healthy. We’ve done big things together and have been ahead of the curve.” Ken Nelson, FirstCom Senior Vice President and Executive Producer added: “Manny produces incredible music for Gotham and the clients love it! As the creator, producer, and primary composer he knows what sells and what they need. Manny has is able to anticipate trends and needs for music users around the world. His high-energy, positive, and inspired approach for broadcast, promotion, and advertising has made Gotham a favorite among music supervisors, editors, and creatives.” For the anniversary, FirstCom Music has unveiled a new logo for the brand. Among the first albums to release under the new look is Inspiring Sports Rock and Glam Squad. www.firstcom.com.

► College Broadcasters, Inc. (CBI) is pleased to announce the national finalists in the 2015 CBI National Student Production Awards. For a complete list of finalist, visit the Minneapolis Convention website. Awards will be presented as part of the fourth annual National Student Electronic Media Convention, to be held Oct. 22 – 24, 2015 at the Hyatt Regency Minneapolis. The National Student Production Awards honor outstanding student work in electronic media, and include more than 20 submission categories — including promos, news reporting, best DJ, comedy, entertainment, many sports categories and more for video and audio — as well as general categories in station imaging, website design and Social Media Presence. www.askcbi.org. ►

July 01, 1994 11426
Dennis "R.D." Steele, Owner/Operator, Steele Creative Services, Philadelphia, PA by Jerry Vigil It's always a treat to check in with yesterday's Production Directors and find out where they are today and how they got there. This...
Read More...
© 1988 - 2022 Radio And Production, LLC
Go to Top