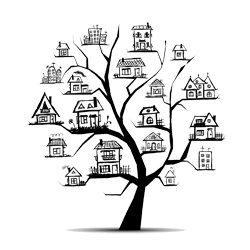 With all the others being discarded, radio clings to one myth with the tenacity of a mouse going after the last piece of cheese on earth.  God might not be able to save the Queen, but being “local” will surely do that for radio.

You hear it from sales and from programming and it is the favorite mantra of top management executives.  Other media are not local.  We are.  It’s what listeners and advertisers crave, and we have it.

There are so many holes in that fairy tale, who knows where to start?  The only really “local” mass medium has always been newspapers.  Even a middling newspaper has more and better coverage of local news, sports, culture and weather than every radio station in the market combined.  And no entity rakes in gratitude and revenue like newspapers.  Because readers, just like listeners, are so excited by coverage of the city council, fundraisers and school lunch menus.

Even television generally has superior coverage of local content compared to radio.  But radio portrays newspapers and television stations as some kind of outsiders when indeed none of the three are likely to be owned locally.  So the opportunity for advertisers and listeners to support the “local” radio station is generally nada.

The local myth gets more incredible when you analyze radio content.  Music stations play hundreds of songs every day, and the few if any “local” cuts are almost entirely coincidental.  The commercials are predominantly national except in small markets.  The air talent, far more than ever, don’t even reside in the “local” market.  Syndication and voice tracking are accelerating the trend.  Do “local” air talents talk about the opening of a new playground?  Or do they toil in the land of celebrity gossip and weird news stories?

Even spoken word radio stations are often light on local content.  Their shows increasingly don’t originate locally and even when they do often focus on more interesting national and international issues/stories.

And that brings us to the next factor.  It’s an increasingly global world, not a local one.  Real people don’t avoid eating at national restaurants so that they can support local ones.  Nor do they try to buy locally manufactured cars or go to locally produced movies.  In commerce and in content, real people aren’t transfixed on the local except when it comes to things like weather and traffic and sports.

Radio burned through other saviors, like targeted demos and immediacy and ubiquity.  It turned out that these attributes were either shared by other media or were underwhelming for listeners and advertisers alike.  So attrition brought radio to the last slam-dunk, incontrovertible, patriotic, pragmatic trump card.

“Local,” is radio’s buzzword.  And if radio didn’t have less local content than other media, if it wasn’t owned in San Antonio or Atlanta or Sydney, if listeners actually craved local content, it might be worth more than two-for-one drinks on the mezzanine of the Titanic.

December 01, 1997 9149
by Jerry Vigil Have you noticed how inexpensive high-powered computers are these days? Have you noticed the incredibly low prices of disk drives and RAM? Sure you have. Have you checked out the amazing quality and abundance of...
Read More...
© 1988 - 2022 Radio And Production, LLC
Go to Top