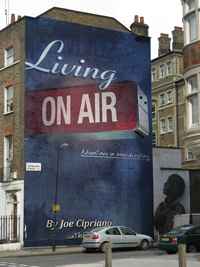 ► Benztown Radio Networks announced that Joe Cipriano, voiceover legend and Benztown voiceover talent, has released his autobiography, Living On Air: Adventures in Broadcasting, now available on Amazon, NOOK, iTunes, and www.livingonairbook.com. The book, written with Cipriano’s wife, Ann Cipriano, reveals the man behind the familiar voice, and tells the storied life of Cipriano, who started on his journey as a radio d.j. in 1969 at age 14, growing up on the air and culminating as one of the world’s most instantly recognized voiceover artists. The book is a collection of funny and eye-opening stories documenting the rollercoaster ride through Cipriano’s unpredictable life on air. Living On Air chronicles the history of radio from the days when radio was boss, through radio’s digital age. Now the most widely heard voice in entertainment, he also describes the transition to voiceover and his first few awkward attempts and relives his stories with athletes and celebrities like Martin Short, Jimmy Connors and Tony Bennett. “Living On Air: Adventures in Broadcasting brings together the two things I’m most passionate about in my life, voiceover and broadcasting. It was such a wonderful experience in writing this book to travel back in time and recreate the era of the late ‘60’s and early ‘70’s and paint a picture of what radio was like then.” Joe Cipriano is one of America’s most instantly recognized and premier voice over artists whose voice is heard daily on radio, television, in movie theaters, award shows and game shows.  He is currently the signature voice of the Fox Television Network comedies and CBS Network comedies, voicing promos for Two and a Half Men (CBS), Rules of Engagement (CBS), Mike and Molly (CBS), The Talk (CBS) and The Simpsons (Fox). Joe is the in-show announcer for top-rated shows like “America’s Got Talent”, “Extreme Makeover Home Edition”, “Million Dollar Mind Game”, the Primetime Emmy Awards, Grammy Awards, PGA Awards and many more. www.livingonairbook.com. 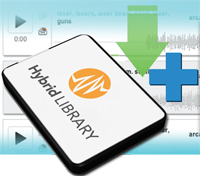 ► Radio Contact, the number-one radio station in French-speaking Belgium, commissioned Studios Peak to create new sound branding. Jingles were specially written in the station’s friendly, dynamic and uplifting spirit. Given creative license by Radio Contact, the team had a blast in the studio. The result: a new, refreshing channel design and another very satisfied customer. “Great job! Such talent… Thanks, Peak, for making our brand shine!” exclaimed Head of Production Justin Douilliez. Visit www.studiospeak.net to listen to the new jingles and their variations. 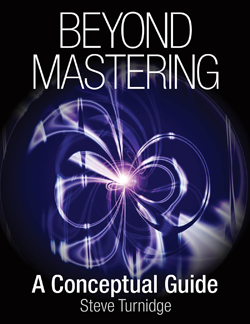 ► Hal Leonard releases Beyond Mastering, the second book by mastering engineer Steve Turnidge. In his first book, Desktop Mastering, Turnidge gave readers a tour of his unique approach to mastering, all the while providing glimpses of his mind-set and resulting workflow. Now, in Beyond Mastering, he unveils the physics and philosophy that drives the mastering engineer. He has found parallels between mastering music and mastering life, and he helps the reader to find the internal state required to achieve happiness and success. Beyond Mastering is full of guiding principles gained from Turnidge’s 25-plus years in art and technology. He expresses universal truths with a mix of anecdotes, analogies and metaphors, and reveals ways to truly enjoy work and be more productive when fully integrating your profession into the rest of your life. The book is written for the audio enthusiast who wants to get a better handle on deeper aspects of the art and craft of mastering. It is also for people who enjoy reading philosophical ideas that extend beyond routine education, and for those who want to better understand the world of audio, frequency, and amplitude. $24.99 (US). www.halleonardbooks.com.

► Broadcast Music, Inc., a global leader in music rights management, will celebrate the 75th year of its founding in 2014. To mark this milestone, the Company has announced a year-long program of commemorative projects and events celebrating its history and contributions to the growth of American music. The program will kick off with the introduction of “75 Years of American Music,” a coffee table book written and art directed by Bob Guccione, Jr., the founder of SPIN magazine. “75 Years of American Music” will chronicle the story of American music as related through rare images, documents and interviews from the BMI archives interspersed with current voices from influential songwriters, music publishers and entertainment executives and tastemakers. The book will be presented at the annual invitation-only BMI NAB dinner to be held in April during the NAB convention. BMI was organized in 1939 by a group of visionary broadcasters and originally managed through the NAB, making its annual convention a fitting venue for the debut of the anniversary book. It will be released in April 2014 in hardcover to select retail outlets, and will be simultaneously distributed as an e-book. Additional audio, audiovisual and printed material and programming will be produced throughout the year, including archival and current video footage on BMI TV to be distributed virally and via bmi.com. More at www.bmi.com. ▲

March 01, 2006 7998
by Steve Cunningham Every now and again a device comes along that makes you slap your forehead and exclaim “Why didn’t they think of this before?” Well, maybe not... but the little Tranzport wireless remote control for your...
Read More...
© 1988 - 2023 Radio And Production, LLC
Go to Top