Four Ways to Politely Get Voice Talent to NOT Suck - (AKA: How to Get a Better Read Out of Green/Temperamental Talent) 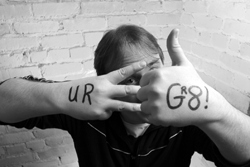 Most everyone in radio today needs to be pretty awesome (and not be paid too much) to stay in radio… however, there are some times (as in last minute) when you’re dealing with… er… not very much talent… AND what if this talent thinks they’re God’s Gift? How do you save their feelings and avoid what producer’s jokingly call “Friday afternoon Gold”? Here are four suggestions.

4. Tell them they sound too professional. We’ve all encountered the jock who sounds so… well so awful and affected, that there’s no sincerity left… no real human qualities. Their crutches are words like “All right”, “Of Course” and “There ya go”. They use phrases on the radio like “I’m in the air chair”. How do get them to stop sounding like an insincere arrogant cartoon character, on your thoughtful piece of copy? I tell them that they sound “Too Polished” to be the “Guy (girl) next door” that we seek. Next step, ask them not to project as much and picture themselves talking to a friend sitting right next to them. If they start to fall back into “Ronny Radio” just keep telling them how awesome the previous lines sounded and use words like warm, friendly, approachable, and real. “That first line was perfect! You nailed it… you’re so convincing!”

3. Blame the recording. Sometimes, you get a jock that balks at giving you a second take without a specific reason. If the reason is “it was an awful read”… then you can spare their feelings by saying something like, “That was good, but I think there was some kind of noise on the second line. Could you give me one more read, and while we’re at it, give me a bit more smile off the top”. You get one more read, and they get a second chance to shine.

2. Blame the writing. Too many announcers think they’re too good to mark up their script. Some voice talent simply don’t know when to take a breath, and that makes for some terrible inflections and weird gasping pauses. Oh, we can take out the breaths, but one goofy inflection can ruin the whole message of the spot. This is where you can say, “That’s an awkward sentence to read”, or “That’s a lot of words, let’s try it if you breathe here.” (Sometimes it is an awkward sentence.)

1. The old, “Just for fun, let’s just redo one line like this.” Some announcers take offense when you tell them how to read a line. That’s their ego. But, if you start it off with “Just for fun”… they should want to play along. If they read it right, then you can get excited, and then say, “That’s great! Let’s read the whole spot again with that attitude/tone!” Throwing in a mention of possible awards might help too. J