Q It Up: If you became a Program Director tomorrow, would you bring anything new to station imaging? 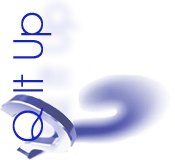 Kieran Bell <KieranBell[at]radionetwork.co.nz>, ZM/Flava Imaging Producer, The Radio Network, Auckland, New Zealand: It’s actually something I’ve semi experienced recently as the Programme Director that hired me 6 years ago recently moved on, and the new Programme Director has given me a lot more control & input into the overall station sound.

I wish I could talk more about it all but until we go through our current re-branding process I can’t really give too much away.

I listen to a lot of stations overseas and I definitely notice different imaging trends in different countries. Australia used to be quite production heavy in their imaging. Now it seems to be a bit more simple with the heavy production pieces more targeted. A great way to approach imaging, as when you do do a full on production piece, it has more impact in my opinion. However, you can get caught up in making the simple stuff too simple.

Imaging in the States has a lot of creativity in it. Coming from New Zealand, I feel like we are quite cynical people & often a lot of the imaging I hear from America is, in my opinion, a touch cheesy, but I feel like your audiences there respond well to this sort of creativity. Here in New Zealand they are a lot less likely to accept a cheesy creative piece & more likely to respond to something clever & funny... in saying that, humor is 100% subjective.

The UK is, in my opinion, leading the imaging game by far. With producers there like Chris Nicoll (Head of Imaging at Capital FM) they are producing some awesome imaging & they think about the whole picture when producing the imaging. E.g. how is this going to handshake with the elements that fall either side of it -- they strategically place their call sign & brand name in imaging, & the sound they are producing is next level. I suppose when you have a team of 7 imaging producers for one station you are going to push each other and keep creating amazing stuff.

Down here in Middle Earth I draw a lot of inspiration for my imaging from all of these countries imaging, as well as other independent producers that I follow on social media. 2014 is going to be a big year for change & having such inspiring production coming from other producers makes it exciting.

B) Limit the use of Imaging so as to reduce clutter.

As a PD, I’d work hard to give my Imaging talent the one thing they need more than another “prod service” or new “image voice” - I’d give them events and promotions worthy of the Epic Production I’d demand.

I’d give them stuff worth talking about.

Chad Pierce <studio[at]piercevoice.com>, Krash Creative Solutions, PierceVoice.com: If I became a Program Director tomorrow, I’d quit. Seriously! I see enough mid-management people being driven to the brink daily. No thanks.

But for RAP, I’ll do anything.

“Management’s appreciation of Imaging as an opportunity for success is a jewel of awareness. If they don’t get it, teach them.” - Me, just now

I need trust and belief from my company, or it won’t work. When I decide production value is important, that should be enough to allow access to proper libraries, the best voice talent, strong and adaptable producers, and the editing software they need to bring the rest together. No budget you say? Find it, I say. You trust me, right?

As PD, my priorities are: a) Create and promote listening through consistent & focused entertainment; b) “Reach across the aisle” to Sales; c) Maintain forward momentum in programming, staffing, and branding.

Now, let me at that processing. NO SQUASHING. We’re going to make sure cymbals don’t sound like an air compressor spitting. For the last several years, songs have been very “full”. No need to add fatigue with more compression. On the other side, all older songs will need to be dubbed while “riding the levels”-- whether by hand or (preferably) using editing software. That way, when the song’s dubbed, it’s dubbed. I’m going to dub 2 dubstep songs at once: Double Dub Dubbing.

I need Promotions to recruit a charismatic part-timer/student to get “actualities” of listeners at EVERY station appearance or event. I’ll meet with this person. They’ll be trained. She/he should be groomed for a future at the station... perhaps Imaging.

Who is the station voice and why? “I like ‘em” is a bad answer. There are plenty of voice actors who are hungry and ready to super-serve my creative VO needs. I’ll personally gather several options, have phone calls with potentials. Do they add zing to scripts? Can they act? Did I just use the word “zing”?

Imaging will be produced by my qualified in-house producer. If I’m not afforded the budget, I will outsource to someone qualified. Heck, I’ll do it myself at first.

ALL copy is subject to my very sharp hatchet, regardless of author.

Ever hear that equation about adding up all the seconds of imaging in an hour, then dividing by 30 to see how many ads-worth of time/money your productions represent? If it’s being broadcast, it better have a REALLY good reason.

Lots to do, lots to do! But even as a prod/VO guy just pretending to be a PD, I understand Imaging is only one of many tools a station has to do its job well. Use it as such.

There. That oughta make sure I never get one of THOSE gigs!

Joey DiFazio <Joey.DiFazio[at]siriusxm.com>, Director Sports Imaging, Sirius/XM, New York: I think as a PD I would want to be sure my imaging guy is making the rounds and letting show producers and talent know that they are welcome into his studio. How’s that for a new concept? Let’s break down the walls and bring ideas in from outside the studio! Maybe even work with these individuals to set up a project session in your automated system’s multitrack software so they can add elements on their own. The results: Shows stay topical, while you maintain quality control. Plus, you get access to all their new elements. A great source for promos and sweepers without too much work on your part… It’s a win/win!

Brian Wilson < brian.g.wilson[at]cumulus.com>, Creative Services Director, Cumulus Media Networks, Dallas, Texas: If I were the PD, I wouldn’t do anything different, because I thought I was doing it right all along.

“Diamond Boy” Luis Torres <diamondboyprod[at]aol.com>: As a bilingual Jock and Imaging Director, I have been incorporating Spanglish into my imaging for years -- especially if I’m in a Spanish station like I am at this moment, WLZL in DC as afternoon drive and Imaging Director.

This will depend on your market, but if I was still in NYC, I would add different languages to one or two sweeps on my station. For example, if you’re a Top 40 or Dance Station, not to mention anyone in particular, you automatically know you have a huge audience who are Italian, so why not add an Italian phrase in a sweep or Korean, Chinese, Filipino, etc... I just think it would be cool for these groups of our target audience to say, “Oh wow, that’s awesome, they said something I understand and it’s about me and my background.” I know this is not a common thought and it targets a minority group of your listeners, but once in a blue moon you take a chance and go out of the typical box. I know most won’t agree with this but that’s what keeps me ahead of my competition.

Jim Kipping <jim[at]jimkipping.com>: Not. My department concentrates pretty much 100% on commercial inventory and sessions with clients. (7 powerhouse stations and close to 50 sales people, we aren’t doing weekend promo’s down here.)

HOWEVER, I will tell you what I am observing: In a PPM world, I see imaging is slowly being cut down to nothing. Meaning, you don’t physically have to be cramming down the station calls every 5 seconds to get people to write down your station in a diary. Want proof? Listen to stations, and see how they are going from MUSIC directly into spots with no mention that it’s coming. Even on music stations that have a lot less talk or few jocks, I hear programmers doing whatever they can to get people to hang, even if that means sneaking up and NOT telling your audience “we’ll be right back after these messages”. Want further proof? Watch any cable TV programming. My wife and I are fans of House Hunter’s International. We’ll be watching and when you think it’s going to the next scene, you end up watching some panty liner spot. Wait, where the hell did THAT come from? Yep, they’re doing it too. No bumpers or promos, just BAM! Panty liners (or pharmaceuticals, take your pick).

I talk to other voice peeps every day that are losing their steady gigs for the very same reason. Even worse for outside imagers.

Nope, we’re fine. We are down here in our hole doing booby bars, adult magazine/toy stores, male enhancement and head shop spots. (Oh the joys of having 2 rock stations to produce for… Ric Gonzales in San Antonio understands.)

Brent Hatcher <brent_h[at]kilo943.com>, Production Director, 94.3 KILO & 103.9 KRXP, Colorado Springs, Colorado: Would I bring “anything new” to station imaging? The way I would approach it would be foremost… the format of the station. My Imaging is aggressive on one of my stations because its active rock. My other station is alternative, so not as much. But after reading many articles in RAP I’ve learned that Imaging has become (in some minds) ”clutter”. There was even a column I read that questioned the relevance of having a “station VO person”. Is that because of how imaging is produced or is it because some are 15-20 seconds in length or longer? Money? Whatever it is in your perspective, I would image the station via the Program Director’s vision -- with my flare of course! I’m all about listener interaction in my imaging, because anyway I can incorporate our listeners with the station helps us brand ourselves better to the community and makes them feel more a part of us. I work in a medium size market and have been Production Director at my station since 1999 — yep 1999… long time at one place huh? We program in-house, I image in-house, we have live DJs on both our stations for mornings, mids, afternoons and nights (see why I’m still here?) with DJ Armageddon happening all around -- courtesy of corporate consolidation. Great “imaging” producers (friends of mine) don’t know if they will have a job next week. Sorry, I know it’s an imaging question, but RAP e-mailed today that responses are “few”… maybe the only responses you’ll get are from major market people or production houses that produce breakers in a mass scale… (which is fine because I personally learn LOTS from all of you!!) and I’m not saying that creative control is lost to all producers, but working for a company that lets stations take care of their own business may be the only future where producers will truly be able to “bring anything new to station imaging”.

Ralph Mitchell <ralphsstudio[at]icloud.com>, Clear Channel, Mobile/Pensacola: I’ve imaged everything from rock to Christian stations, and from classic country to sports. The single thing that’s usually missing is a clear direction from the PD. It’s usually assumed that if you know the stations format, then you know what they want. But to make a station’s imaging really brand the station, cookie-cutter imaging is not acceptable. It’s fun work regardless, but our work is on the air 24/7, so getting the feel of the station, and the direction we want to GO, is most important.