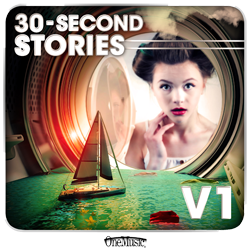 ► The SAG Foundation’s annual Poker Classic fundraiser for the Don LaFontaine Voice-Over Lab is back! Now in its 4th year, the Classic, to be held on Saturday, August 23rd, has moved to a new location inside the prestigious Museum of Flying in Santa Monica. That’s why it’s called Flying Aces, hosted by the man who made bad flying good fun – Robert Hays, star of the comedy hit Airplane. Mr. Hays gave disco-dancing and long-form storytelling a whole new (and hilarious) meaning, and as an actor who’s excelled in a variety of film and television roles – including voicing Iron Man when the animated superhero debuted in his first television series in 1994 – Hays was honored to be selected as this year’s host. “I once went up to Don LaFontaine to say hello and he said, ‘Oh! I did the Airplane! trailer.’ So we had worked together and I didn’t even know. Boy, he was remarkable,” says Hays. “It’s so wonderful to have the Don LaFontaine Voice-Over Lab at the SAG Foundation, where voice artists can learn the craft, polish the craft, and make their own work. It’s also remarkable.” The annual Poker Classic benefits the SAG Foundation’s Don LaFontaine Voice-Over (VO) Lab, named in memory of one of the industries greatest voice-over artists, is a state-of-the-art recording studio and educational facility dedicated to the development and success of VO actors. Offering more than 300 free workshops, seminars and trainings to the VO community annually (recent workshops have included Neil Kaplan’s: “Character Development for Video Games”), the SAG Foundation’s DLF VO Lab relies entirely on gifts, grants and events like this to offer its programming free of charge. The Poker Classic has become a staple of the acting outreach community in LA, where artists from every genre and industry professionals meet to network, greet fans, and, most of all – play poker! Tournament prizes donated by premiere travel, wine, and health and fitness sponsors are all up for grabs for the sharks, but even those who bust out at the table are guaranteed an evening of drinks, music, gourmet foods and revelry. SAG Foundation President JoBeth Williams anticipates some serious card play and some serious fun: “It can get pretty heated at the tables!” she laughs. “The whole evening is just charged with competition and camaraderie – there’s really nothing like it.” Joe Cipriano, Co-founder of the Don LaFontaine Voice-Over Lab, also anticipates a night of sharks and fishes – with a lot of swinging going on around the players, as well. “I’m so excited about having the Poker Classic at the Museum of Flying this year. It’s going to be a ‘First Class VIP experience’ from the moment you come on board,” says Cipriano. “It will be the single biggest gathering of voice-over artists ever assembled with a plethora of pundits, poker players, partiers and planes all in one place. So, get ready to go on an amazing journey without having to pack a bag and with Robert Hays in the cockpit, well, it’s an entirely different kind of flying altogether. Your flight attendant will be sure you’re buckled up for take-off because it’s gonna be a non-stop party!” VIP Poker and Party tickets are available to the public and on sale now at: sagfoundation.org/poker along with information on sponsorships and additional details about this year’s festivities. www.sagfoundation.org.

November 01, 1999 15060
by Steve Cunningham The current crop of high-end voice processors are mostly analog units that combine a microphone preamp, a compressor, some EQ, and perhaps a de-esser. But when Danish audio manufacturer TC Electronic decided...
Read More...
© 1988 - 2022 Radio And Production, LLC
Go to Top