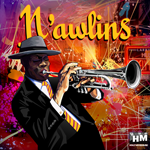 ► Entercom Communications Corp. announced that it has donated Salem, Oregon, radio station KWOD (AM) to the Minority Media and Telecommunications Council (MMTC). MMTC, which was founded to promote diversity in broadcast station ownership, uses donated stations to train minorities and women in broadcast operations, sales, management, and ownership and enables them to purchase the stations at a discount from their market values. Since MMTC founded its media and telecom brokerage in 1997, it has helped hundreds of interested parties and new entrants with conducting business planning and due diligence and helping new entrants build their professional and financial networks. “Entercom is a terrific example of a company that truly has the public interest at heart,” said MMTC President David Honig. “Thanks to this generous gift to MMTC, we can train more new entrants in broadcast ownership and further our mission of promoting diversity in entrepreneurship.” Entercom’s gift is an example of the tangible benefits that historically underserved communities can receive thanks to such charitable and philanthropic donations. MMTC welcomes and encourages broadcast station donations to help it further its mission of increasing diversity in ownership within the broadcast industry. www.mmtconline.org.

► McFarland Publishing announced the publication of the book The Birth of Top 40 Radio: The Storz Stations’ Revolution of the 1950s and 1960s by Richard W. Fatherley and David T. MacFarland. “Top 40” was the preeminent American radio format of the 1950s and 1960s. Although several radio station group owners offered their own versions of the format, the AM stations owned by Todd Storz and his father were acknowledged as the principal developers of Top 40 radio, and the prime movers in making it a nationwide ratings and revenue success. The Storz Stations in St. Louis, Omaha, New Orleans, Minneapolis-St. Paul, Kansas City, Oklahoma City and Miami are profiled in this book, as are various Storz air personalities and executives. A detailed chapter examines the unique “Storz Station sound,” revealing the complexity of what detractors portrayed as a simplistic format. Another covers Storz advertising in radio trade magazines, which cemented the company’s image as the format’s most successful station group and Top 40 as the dominant programming of the day. There are extensive quotations from the memoirs of several of the founders of the format. About the Author(s): The late Richard W. Fatherley, was a production director and air personality at KXOK in St. Louis, and later was program director of WHB in Kansas City. David T. MacFarland is the author of three other books on radio programming practices. He lives in Manhattan, Kansas. ▲

January 01, 1996 9525
by Jerry Vigil The Fostex Foundation 2000 hit the scene in early 1994 as a powerful, expandable workstation priced well into five figures. It came with a ton of features including internal digital mixing. Fostex recently...
Read More...
© 1988 - 2023 Radio And Production, LLC
Go to Top