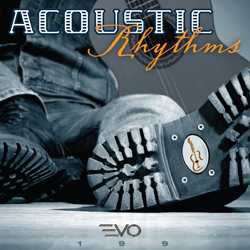 ► Boutique audio branding company Noise Fusion has announced the imminent release of a new radio imaging effects package called ID 2. The new package is the London company's long-awaited sequel to their ID 1 production library, which is currently broadcast on radio stations throughout the world. ID 2 is a brand new, large and diverse package of effects, production elements and music designed for imaging CHR, urban and alternative radio and TV. ID 2 has been produced by Noise Fusion's creative director Ben Neidle, who has created Sony Academy Award winning music, imaging and sound design for some of the biggest media brands in the world including BBC Radio 1, Capital FM, The Brit Awards, XFM, Kiss 100 and Channel 4. Ben Neidle says: "We've been working hard on ID 2 for some time and we think it sounds like nothing else out there. We've taken inspiration from the sounds of pop and urban music to create a package for contemporary radio imaging that truly represents the sound of now. It's an ambitious package that's five times the size of ID 1, with a wide palette of colourful sounds that add another dimension to your production. We're calling it the next generation imaging effects package". In an industry first, Noise Fusion have produced a short film to showcase the new sound of ID 2. It can be viewed on their website at www.noisefusion.com.

► Hal Leonard Books has released the second volume of the book on Studio One 2, Power Tools for Studio One 2, by Studio One maven Larry the O. Both volumes are the only comprehensive references to Studio One, containing a substantial amount of material not documented anywhere, including in the user manual. Whereas Power Tools for Studio One 2, Volume 1 orients readers to the program and teaches them how to record, play, and edit audio and MIDI, Volume 2 takes users deeper into advanced applications such as working with loops and video as well as the all-important processes of music production, mixing, mastering, and sharing their work with the world. Volume 2 explores each topic in comprehensive detail, exposing every aspect of subjects like plug-ins, automation, and the use of control surfaces. Larry the O has spent more than 30 years as a music and audio professional in nearly every aspect of the industry. As a musician, sound designer, composer, engineer, producer, and writer, Larry has amassed credits in film, TV, video games, articles and reviews in magazines such as Mix and Electronic Musician, and technical authoring for top audio-industry companies. His audio services company, Toys in the Attic, is based in Vallejo, California. www.halleonardbooks.com. ▲

December 01, 1997 23419
by Jerry Vigil The abundance of hard disk multitrack recorders on the market today gives the buyer lots of choices, each one having features and functions that set it apart from the rest. The trick is to know what you need in a...
Read More...
© 1988 - 2022 Radio And Production, LLC
Go to Top