The Monday Morning Memo: Everyone is Entitled to Their Own Opinion But Not Their Own Facts

“If you’ve read about social media or been to any marketing conferences, you’ve probably heard tons of advice like love your customers, engage in the conversation, be yourself, and make friends. I call this unicorns-and-rainbows advice. Take a couple of time-honored adages, add in the unquestioning awe of an unaware audience, and pretty soon you’ve got an entire industry based on easy-to-agree-with but unsubstantiated ideas. But there’s a problem. Myths aren’t real and superstitions often do more harm than good.” 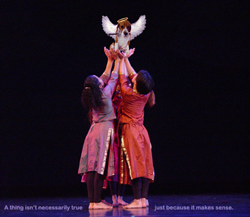 I agree with Dan Zarrella.

Have you ever met a person who was absolutely certain that a flu vaccination gave them the flu? “I got a flu shot and immediately got the flu and I know lots of other people who have had the same experience.”

It is impossible for a flu vaccine to cause the flu. Flu vaccines contain a killed virus, not a weakened one. The flu germs you receive are dead, dead, dead and cannot come back to life.

I sense the narrowing of eyes, the clenching of jaws and the tightening of fists as thousands of readers hunker down to defend a deeply held personal belief: “I got the flu from a flu vaccine no matter what you say. You cannot debate my experience.”

It takes a couple of weeks for a flu vaccine to develop sufficient antibodies to protect you from the flu. If you are exposed to the flu within those 2 weeks, bingo: you get the flu. And guess what? They give flu vaccines during flu season. That’s why it’s common for people to get the flu after receiving a flu shot. Those people were going to get the flu anyway, but they don’t know that. All they know is, “I got a flu shot and then I got the flu. The End.”

Superstitions about advertising and social media are far more pervasive than misunderstandings about flu vaccines. Honestly, I’d rather have the flu than argue with someone whose only “facts” are to say, “Well, I’ve always believed...” and “Me and all my friends...”

And then there’s the BIG one: “Studies have shown...”

I always want to throw my head back and scream to the sky, “Name the study! Who did the study? Where is the study? Show me the study!” but I usually don’t. I just smile and nod like a bobblehead doll and try to think of a way to escape the conversation.

There’s no way to convince a person who makes up their own facts.

In my 30 years as an ad writer, I’ve come to the conclusion that most people believe that everyone else thinks like they do. This has led to more disasters in advertising than you can possibly imagine.

Think about your business, the thing you do for a living.

Here is my promise: you can be certain that people outside your business DON’T think about it like you do.

But they don’t. So do the right thing; hire an experienced professional to craft your ads for you.

And go get a flu shot.

July 01, 2000 7849
By Steve Cunningham It’s the non-linear editing giant. It’s the eight-hundred-pound gorilla of digital audio. Yup, it’s Pro Tools from Digidesign, and until recently, it was expensive. A full-blown Pro Tools system was a...
Read More...
© 1988 - 2022 Radio And Production, LLC
Go to Top