When I was just starting out as a deejay at KOVO AM in Provo, Utah, working the evening shift, the overnight jock failed to show one night, so I called Johnny Ryder, our PD to let him know. He asked me to cover two hours and call him at home to wake him up so he could come in and finish the shift. Well, I never called, so he never came in. I didn’t call because I laid down on the floor to stretch my back around 12:30 and promptly fell asleep. At this point in radio history, we were still playing 45 rpm records, so once my song ended, you could clearly hear the needle tracking the dead groove at the end of the song. Because I’m a heavy sleeper and our studio was so well insulated, I never heard the police or EMT people pounding on the windows and doors. Our morning drive jock, Mark Van Wagoner was a bit puzzled when he drove up to see two police cars and an ambulance parked out front, lights flashing. My first thought that morning was, “Why is this guy slapping my face, telling me to wake up?” 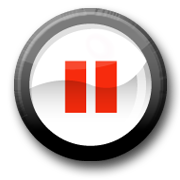 Aside from learning that hearing dead air in Provo is rather big news to citizens there (who called by the dozen, fearing the deejay had been kidnapped or committed suicide), I learned to recognize my limits. I also learned that Johnny had a great sense of humor as he saw the whole episode as being pretty hilarious. Unlike a lot of Program Directors I’ve met over the years, Johnny was pretty Zen-like in his approach to management.

As deejays, we were all taught that there is no greater sin than dead air. If you’re 30 feet down the hallway, answering the call of nature when your song ends, you will no doubt be getting a frantic phone call from your Program Director, threatening your livelihood, your children’s futures and the likelihood that their children will live on the streets, destitute and with no prospects… unless your PD is so very Johnny Ryder-like that nothing bothers him/her. I miss Johnny’s weird sense of the absurd. The last time I caught up with him, he was in Arizona, doing the odd VO and taking life easy.

That story makes a somewhat interesting introduction to the final chapter in our Syllabus. There really are only FIVE main areas of broadcast production that I believe are essential to long-winded discussion: Writing, Voicing, Music and Effects are the first four, which we’ve already covered. The fifth might seem a bit counter-intuitive to some, especially deejays who have become producers: Silence. In the greater yin and yang of this Universe, there is no light without darkness, no wet without dry, no black without white, no sound without silence, and so it is within what we do. If presented in the right context, “dead air” makes a powerful tool, in and of itself.

The Keyt to Comedy and Drama is Selective Silence!

When comics talk about “timing” being critical to the telling of a story, they’re really talking about silence. The pauses they give during the telling of just about any story are critical to the process. They give the audience a chance to catch up, to better understand where the story is going, or more often, where the story is not going. In the archaic Henny Youngman line, “Take my wife… please,” the pause between wife and please is what makes the one liner work. When most people hear the words, “Take my wife,” they assume the comic is going to say something about his wife like, “her idea of global warming is….” Instead, he pauses, lets them anticipate what he’s going to say and then says something completely different. In this case, it says much more about him than it does his wife. The pause gives a bit of misdirection. When the listener realizes that he/she was thinking something entirely different from where the story is going, the surprise makes them laugh… every time.

Drama works almost exactly the same way, but for a different reason. My voice coach once told me that the most successful voice work happens when the announcer parses a phrase into little chunks and gives a very slight pause between the chunks. Listen to the dialogue from any well-done (critically acclaimed) movie and you will notice that the actors make almost as much of the pauses as they do the words themselves. Several words, a pause, several more words, another pause and so forth, all the way through. Most people merely think of it as a natural speech pattern, and they would be partly right; it is how people talk, although it’s usually because they are thinking about what they’re saying. More importantly to this conversation, in a dramatic reading, it’s the pauses that allow the listener to keep up with the mental gymnastics that are going on. The pauses define what is being said and make the performance understandable.

Putting pauses in the dialogue doesn’t always make it better. A lot of comedic mileage has been made over William Shatner’s dramatic pauses in his Star Trek role as Captain Kirk. And yet his stint on Boston Legal a few years ago was very highly regarded. He used the same kinds of pauses, but in one setting it all seemed kind of silly, making overmuch of a green-skinned lady from another galaxy, while in a Massachusetts law firm, it seemed appropriate. Gary Oldman, one of my all-time favorite actors, has done a wide range of characters, but every one used pauses to great advantage. In my favorite movie of his Léon: The Professional (1994), which also starred Jean Reno and a very young Natalie Portman (6 years before Star Wars-The Phantom Menace), he played a drug-addled DEA Agent in New York who’d lost his moral compass years before. His use of the pause made his character terrifying, even to the other bad guys. http://youtu.be/6hugJ3c2LlI is where you can see a top 10 list of Gary Oldman’s movie roles, including The Professional, my personal favorite.

Music Has A Special Symbol For Silence, Called A Rest

Even the busiest score in classical music does not hit a note for every beat. J.S. Bach is famous for his intricate scores. One of his most famous compositions is Toccata and Fugue in D minor, which can be heard and is graphically displayed on YouTube at the address http://youtu.be/ATbMw6X3T40. In the video,you’ll see gaps between most of the notes, making quite clear the importance of the rest.

OK, So How Does One Use Silence?

An awful lot of what I hear in our business doesn’t take advantage of this mighty tool very well. Far too often, the listener is presented with an unrelenting wall of sound, with all the natural pauses edited into oblivion, and the music track an unending thump that begins to actually numb the brain. Instead of opening the listener’s brain to receive the message, some producers actually start to deaden it, making it almost impossible to actually communicate.

In the vocal delivery, a natural speaking cadence helps the flow and engages the listener. Musically, a spot of silence can lend a powerful impact to what follows. When you combine a bit of silence in both the music and VO sides, you create an avalanche of whatever the emotion is you’re trying to project. It’s like putting a big exclamation point in front of the main emotional content. Like a sign on the highway, your pause says, “LISTEN! What follows is the point.” At that moment, the listener’s brain almost stops thinking and opens the door to whatever you’re presenting. It surrenders to your story for just a moment. That is when you can slip in the message you so desperately want to communicate.

In this month’s audio (you are a subscriber so you get the CD, right?), I present a promo I did a few weeks ago for the Z100 Meet Market. It’s a party, plain and simple, where listeners can meet and mingle, meet the Zeejays and see a special performance. It’s the performance that drives most of the attendance, so I wanted to highlight the special guest for this particular Meet Market, Nikki Williams. I highlighted her with silence. I hope you like it.

Well, that wraps the syllabus. If you’ve followed along faithfully, you will hopefully have a good idea of where my intern Becca was when she started doing some production. I hope you picked up something useful. Next month, we’re going all techno on you with some tips and tricks you can adapt to your production.

March 01, 1990 21437
"Dolby SR provides the performance attributed to digital systems...," so the magazine ad read. Was this a marketing technique akin to Isuzu's "outrageous claims" ads of previous years, or had the mad scientists at Dolby Labs...
Read More...
© 1988 - 2022 Radio And Production, LLC
Go to Top