► XTA announced the DP548 Dynamic Audio Processor. The DP548 combines the best of the company’s product line and delivers an audio solution which is their most powerful yet. “You can think of the DP548 as ‘a DP448 on steroids’, but that only paints part of the picture.” Says XTA Sales & Marketing Director, Bill Woods. “Think of a standard DP448 - fully loaded with a 28-band EQ, eight parametric EQs and delay on every input; high pass, low pass, nine parametric EQs and delay, plus a combination of two limiters, including the look-ahead “D-Max” limiter on each output. Then add three bands of Dynamic EQ on every input, a variable knee compressor on every output with full control over ratio, threshold, attack and release times. On top of all that, include full matrix mixing of any input to any output or mix of outputs and provide memory recallable dynamic EQ for the first time via AudioCore, and that is the power and potential of the DP548.” www.xta.co.uk. 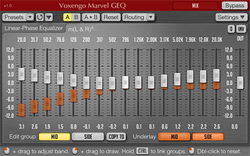 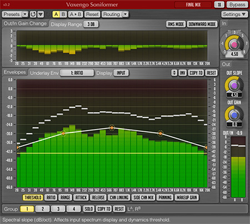 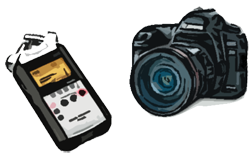 ► Singular Software™, a developer of workflow automation applications for digital media, announced that DualEyes™ is now available for Mac® OS® X. DualEyes is designed as a standalone application for the automatic synchronization of video and audio clips for dual-system audio production. Designed to work alongside any video editing application, DualEyes is streamlined for the task of replacing in-camera scratch audio with separately recorded high-quality audio. “DSLR popularity is still the big news in the industry, and it is reflected in the growing requests we’ve received for DualEyes support on the Mac platform,” says Bruce Sharpe, CEO, Singular Software. “DualEyes eliminates the painful process of manual audio replacement during post-production, which saves hours.” Recommended for both novice users and seasoned professionals, DualEyes synchronizes and cuts the audio to automatically match each video clip in both start time and duration. Users simply record audio on a separate recorder and use DualEyes to replace the camera audio with that high-quality separate audio. With DualEyes’ technology, all original media files are kept intact, while new media files are created for advanced flexibility. “DualEyes allows you to sync and interleave the high-quality audio with the original video, without re-rendering the video. The result is a new clip, ready for editing, that has the original-quality video synced with your high-quality audio,” says Al Caudullo, 2D and 3D filmmaker, teacher and journalist. DualEyes for Mac OS X 10.5 and later is available to purchase via the Singular Software website for $149 USD. www.singularsoftware.com. 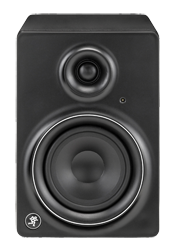 ► Broadcasters with the Zephyr iPort MPEG Gateway can download the newly-released v1.5.2 software update from the Telos website, free of charge. Zephyr iPort enables broadcasters to transport multiple channels of stereo audio across IP networks with guaranteed QoS, such as STL links, Internet streaming, satellite uplinks, broadcasting to cell phones, and other audio distribution systems. iPort’s efficient use of Livewire I/O combined with multiple codecs in a single 2RU device result in a low cost per channel compared to that of multiple single-channel codecs. Because not every remote connection is the same, Zephyr iPort users have a comprehensive selection of connection protocols from which to choose. There are standard MPEG Layer 2, Layer 3, AAC and aacPlus choices, plus low-delay AAC-LD and high-efficiency low-delay AAC-LD+HE, both with special error resilience protection that conceals low levels of random packet loss. Zephyr iPort also includes AAC-HE+PS (High Efficiency + Perceptual Stereo), the most bit-efficient codec available today, allowing stereo operation down to 32kbps. www.telos-systems.com. ►

► London-based production company and audio branding specialists Noise Fusion have made their entire catalogue of radio imaging effects libraries available to buy online. For the first time, the ID_1 library can be purchased as a buyout package directly from the Noise Fusion website. Other previously exclusive custom packages are also now available to buy online – the CHR FX series features the ultra-contemporary sound design, effects and music that powered the core imaging of the Galaxy Network and the One Network. Noise Fusion’s creative director, Ben Neidle, said: “I’m really excited to be able to put all our effects packages online directly into the hands of radio imaging producers all over the world and at very competitive prices. The system we’ve launched makes getting hold of our sounds easy and painless – no complicated license periods and no fuss. Our new website has also enabled us to upload all the awesome work we’ve produced for clients over the past few months.” The effects packages and new projects from Noise Fusion can be found at www.noisefusion.com.

► Registration has opened for this year’s International Radio Creative & Production Summit, August 19 – 20 in Los Angeles at the LAX Hilton. Topics include: How To Apply “Made To Stick” Principles To Radio Advertising (Dan O’day); Ten Things Every Audio Producer Must Know About Music (Dave Foxx); Targeting Any Script’s Emotional Intensity “Sweet Spot” (Nancy Wolfson); Critique-A-Spot-Or-Demo-A-Thon (Dan O’day & Nancy Wolfson); Building Your Four-Square Professional Network; and Improv To Improve - As A Writer And As A Performer (Dan O’day). Details at  www.danoday.com/summit. ▲