I hate to admit, I’m a bit of a Facebook stalker. Ever since I set up my Facebook page and started finding old friends online, the first thing I check is their Relationship Status. Are they married, single, divorced or that very ambiguous “It’s Complicated”? Funny though, I don’t think there’s anything complicated about relationships. Then again, I’ve always been an either/or kind of guy. I’m not much for fence-sitting. 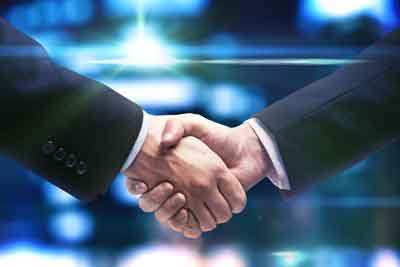 I’ve arrived at a certain truth about the radio business. Relationships rule. In 1989, after the first Gulf War, I was working for an AM/FM combo that was the radio outlet for the city’s Independence Day fireworks celebration. Our stations broadcast the music to which the fireworks were synchronized, and I had the task of producing that soundtrack. It was my first REALLY big production job and I wanted to go big. Some of the music I chose was pretty eclectic; Gustov Holst, Beethoven and of course Tchaikovsky. I mean, you have to have cannons for the 1812. During our planning meetings, I actually mentioned how cool it would be if we could actually have real cannons firing along with the soundtrack and the fireworks. Expecting to be, if you’ll pardon the expression, shot down, I was hugely surprised when one of our AE’s agreed and said, “Let me make some calls.”

I watched sales dude extraordinaire make a call to the local National Guard to find out the closest Guard artillery battalion. Number retrieved, he made the next call and got a hold of the battalion commander to make his proposal. The commander immediately agreed with one provision. We would have to pay the battalion’s expenses. Sales guy asks, “How much?” Commander replies, “A lot.” Insert game show looser theme here. Undaunted, sales guy said, “I’ll call you back.”

What happened next was a thing of beauty.

Sales Superman calls his biggest client. He tells the client what the station wanted to do, how much it was going to cost and then asks, “How much are you willing to cover?” What? No foreplay? No buttering up? No sweet pleas from the knees? Nope. Mr. Client didn’t hesitate and pulled out is checkbook.

My jaw dropped slack and agape. I had never witnessed anything like that. How’d it happen? Our very professional AE had spent years building a very professional relationship with his client. The client knew that Mr. AE wouldn’t ask him to do anything that would be bad for his business or their relationship. The client got top sponsorship for the fireworks show and a very sexy rate for the rest of the year. We got our artillery for the 1812 Overture and I got a very valuable lesson.

A relationship is more valuable to an AE than cost per point or rate card when it comes to successful radio sales. Look at your own sales staff and you’ll see what I mean. At every radio group where I have worked, the AE that made a good living making money for our stations had solid relationships with their clients. It went beyond merely excellent customer service. They knew their clients spouses and their kids. They played golf or joined each other for breakfast. Also, they knew their client’s business inside and out.

I have attempted to apply that lesson when it comes to creating ads for our group’s clients. One of our clients is a former radio guy. (Ex-radio folks tend to be their own kind of challenges when they’re on the other side of the desk but, I digress). He hosts a brokered show on one of our talk stations, and once a week he comes in to update his recorded promo. He writes his own script and usually hits the VO in one or two takes, so we usually have more than a minute or two to talk while I produce the completed promo. So I ask him about his business. Are things up, down or otherwise? I have photos of my family in my studio and he shows me wallet photos of his. We swap war stories of our radio days. We even talk about the superiority of Hawkeye football to Husker football. Over time, he has come to trust me to take care of many of the things he needs to have produced for his show, whether it’s commercials for the time that he brokers or the show’s imaging elements. Also, if I should read a script which has some text which I think might not work well, I feel comfortable enough to tell him and suggest changes. In turn, he knows that I wouldn’t suggest something unless I believed it would help him and will likely accept my suggestion. On Monday, when he came to record his new promo, he told me that he really appreciated what I and my radio group do for him and his business and that he always recommends our stations with people with whom he does business.

Sales is a very tough business to be in, especially now. The next time a production order comes across your desk, rather than bitching about it, get on the horn and call that AE or send them an email. Ask for their permission to contact the client directly. The reason is twofold. First, build a relationship with your own AE. Over time, they may come to trust you to do what is best for their client. Then again, they may not. Some AE’s are very territorial. At least you open the door. If they do let you contact their client, you’ll make that first step to building a direct relationship that benefits them, your AE, your radio station and more importantly you and your family.