The Monday Morning Memo: How to Think Outside the Box

On January 19, 1998, I wrote a Monday Morning Memo titled, Creativity is an Inert Gas. It was published as chapter 89 in The Wizard of Ads. These are a few of its paragraphs: 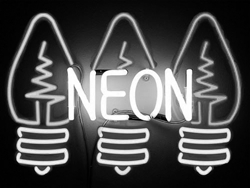 Moments of emotional recovery are the best times to think about problems you have not been able to solve. Great, creative insights follow times of great stress. It’s a law of the universe.

Think of creativity as an inert gas, a substance unique. An inert gas cannot enter into compounds with other substances because, in each of its atoms, the outer ring of electrons is completely full. An inert gas is stable and cannot be changed.

Unless you jolt it with too much stimulation.

Pass a current through an inert gas and a single electron in the outer ring of each atom will be pushed into an orbit where it does not belong. But it cannot stay there. As the electron falls back into its proper place, the excess energy is released as light.

This is a miracle witnessed nightly on ten million street corners in America. Without argon and mercury vapor streetlights, America would be a very dark place, indeed. Without the radiant beauty of neon, we would be a much less colorful people.

Recovery from overstimulation is a magical moment. As each crisis dissipates and your emotional electrons return to their proper orbits, don’t close your eyes to the light.

Use it for all it’s worth.

Ten years after I wrote that memo, Gregory Berns, a neuroscientist, published the following:

“Did you know that when you see the same thing over and over again, your brain uses less and less energy? Your mind already knows what it’s seeing, so it doesn’t make the effort to process the event again. Just putting yourself in new situations can make you see things differently and jump-start your creativity.” – inside front flap, Iconoclast, by Gregory Berns.

Dr. Gregory Berns is a heavyweight: he’s a neuroscientist, a psychiatrist, and the Distinguished Chair of Neuroeconomics at Emory University. His research has been profiled in the New York Times, Forbes, and the Wall Street Journal. His new book, Iconoclast, was published by Harvard Business School Press.

According to Berns, the tendency of the brain is to take shortcuts through categorization. “Categories are death to imagination… Often the harder one tries to think differently, the more rigid the categories become. There is a better way, a path that jolts the brain out of preconceived notions of what it is seeing: bombard the brain with new experiences. Only then will it be forced out of efficiency mode and reconfigure it neural networks… The surest way to evoke the imagination is to confront the perceptual system with people, places and things it hasn’t seen before.” – condensed from pages 54 and 58.

Do you remember how I was saying that moments of recovery from overstimulation are magical times for creative thinking? Now let’s look at Dr. Berns’ next statement:

“It typically takes a novel stimulus – either a new piece of information or getting out of the environment in which an individual has become comfortable – to jolt attentional systems awake and reconfigure both perception and imagination. The more radical and novel the change, the greater the likelihood of new insights being generated.” – p.58, Iconoclast, by Gregory Berns.

Looking to make a change?

Or at least that’s what we’ve been told.

October 01, 1994 7067
by Jerry Vigil Your station has just approved the purchase of a new digital audio workstation for your production studio. Since you are the person who is going to have to use it day in and day out, YOU get to pick the one you...
Read More...
© 1988 - 2022 Radio And Production, LLC
Go to Top