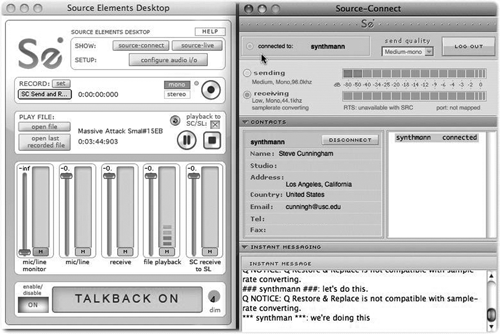 I’ve had ISDN courtesy of AT&T and Telos for nearly ten years now.

Once I’d paid for the codec (which was about $2000 used, but paid for itself in year one), there was still the monthly phone line charges.

In my neighborhood that’s about $36 every month, or roughly $440 every year. In these times of belt-tightening, it’s hard not to look at that monthly bill and wonder when I can finally pull the plug. These days I do just enough business via ISDN to pay for the line, which is either fortunate or unfortunate, depending on how you look at things.

I continue to look for ways to circumvent the entire ISDN thing, and while there are a few technologies that promise to replace it, nobody has gotten it right so far. I’ve had high hopes for VOIP (voice over internet protocol) boxes like Skype and the so-called MagicJack USB plug for your computer. But while they sound remarkably good when replacing regular phone calls, they still have artifacts and dropouts that make them unsuitable for high-quality remote recording (see the Sidebar).

Source Elements has been creating products to deal with these issues since 2004. Founded by a couple of engineers from the postproduction side of things, their products are finally gaining significant traction for voiceover remotes. The original Source-Connect product was a ProTools-only plug-in that required talent to record into a digital editor. Recently, they’ve release Source Elements Desktop, a version of the program that allows talent to fire up a simple application with a single window, and have their voice recorded in high-quality to a session anywhere else in the world.

June 01, 2004 9773
Chris Pottage, Production Director, Rogers Radio, Toronto, Ont., Canada By Jerry Vigil A glance at RAP Awards winners from the past several years will give you an idea of the quality of imaging and commercial production that...
Read More...
© 1988 - 2022 Radio And Production, LLC
Go to Top