Tascam’s best-selling digital Portastudios™ have been updated with a new look, new effects, a new display and a new price point. The DP-02CF records to compact flash media and includes a pair of XLR mic inputs with phantom power, 8-track recording at CD quality and two-band EQ per track. The DP-02CF includes a 1GB card as an introductory offer, for plenty of recording time without purchasing additional memory, The DP-02 records to a 40GB hard drive instead of compact flash, and includes a multieffect processor, stereo reverb and CD burner for CD masters and song backup. Both units feature a Portastudio-style interface so that musicians can mix with knobs instead of digging through menus. Features on both units include: Eight-track recording at uncompressed 44.1k/16-bit audio quality, USB 2.0 interface for transferring tracks, mixes and backup files to a computer, dedicated stereo master track for mixdown, internal metronome and bar/beat display for song position, stereo line outputs on RCA analog and S/PDIF optical digital connectors, multieffects processor with guitar, bass, vocal and drum programs featuring a new tube overdrive effect (DP-02 only), and more. Also new from Tascam are updated drivers for the FW-1082, FW-1804 and FW-1884 audio interfaces to support Windows Vista 32 and Vista 64, Microsoft’s latest operating systems. In addition, drivers for Tascam’s legacy USB products US-122, US-224 and US-428 have been updated. Nearly all of Tascam’s interfaces have been now been updated to support Windows Vista. The new drivers are available for free download at www.Tascam.com. Windows Vista drivers for the Tascam FireOne are in development and will be available soon.

Yamaha Corporation of America introduced the Pocketrak 2G, a light and compact pocket recorder featuring 2GB of built-in memory, long battery life, easy USB file transfer, and Steinberg Cubase AI DAW software. The Pocketrak 2G features 2 tracks of CD quality recording in PCM, MP3 and Windows Media (WMA) formats. It’s perfect for podcasting, field and location recording, audio for video and more. The Pocketrak 2G includes a rechargeable AAA nickel-hydrogen battery capable of providing 19 hours of MP3 recording to it’s 2GB of internal memory. Plugging its sliding USB connector into a powered USB bus simultaneously recharges the battery and transfers files to a PC or Mac. The Pocketrak 2G is the only portable recorder to house an on-board speaker in addition to a headphone jack, making it a handy portable music player that supports MP3 and WMA files with DRM10 support. Included in the box is the Pocketrak 2G, a USB extension cable, stereo earphones, a leather carrying case and stand adapter, as well as Cubase AI, an “Advanced Integration” version of Steinberg’s digital audio workstation software specially built to seamlessly integrate with Yamaha hardware. The Pocketrak 2G retails for $449 US. www.yamaha.com.

I/ONE Connects, a maker of Firewire based Audio Snakes, announces the introduction of new upgrades which include a new 3U XLR panel to make connections even easier as well as an update to firmware and software making it even easier to install and use.  The 3U panel has XLR connectors for 16 analog inputs AND 16 outputs, plus 4 stereo digital in AND 4 out (AES-S/PDIF); 8 channels of ADAT in AND out remain on the 1U main unit for a total of 32 in AND out.   Any input can be routed to any output of any other unit connected up to 1640 feet away (550 meters) over fiber optic cabling. www.IOne Connects.com. 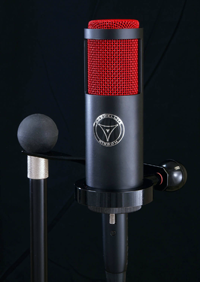 Pro Audio unveiled the PR8DS remote controllable multi-channel microphone preamplifier. Based on their best selling PR8E, the PR8DS features 8 channels of high-quality balanced microphone pre-amplification with independent 48v phantom power and peak led indicators. Analog connectivity is provided by way of 8 x balanced/unbalanced combo connector inputs on the front panel and 8 x balanced analog outputs (D-sub 25) on the rear. The system is controlled via the standard RS232 interface implemented on the rear panel. RS232 command information is provided in the manual to allow user programming of compatible RS232 command devices. Independent remote control of channel gain and phantom power is provided in addition to the ability to receive peak indicator information feedback to the remote control device. SM Pro Audio’s own RCA V1.0 software (Remote control application, Windows only) ships with the unit and allows full control and peak feedback information across all channels. A stand-alone hardware RS232 controller is planned for release in Q3 2008. Remote control pre-amplifiers enable engineers to shorten microphone cable runs considerably, helping to reduce the audible effects that occur along with reduced microphone sensitivity, changes in frequency, and phase. Shorter cable runs also help reduce phantom power voltage loss and eliminate additional audible effects from cable movement. Remote pre-amps are also well suited for use with digital snake systems. Microphone inputs cannot be sent down the digital snake without prior pre-amplification. Remote pres allow the engineer to control and monitor gain from a distance. There is no need for a secondary engineer to reside along side the stage box and monitor the preamp. All housed in a sturdy 1RU external chassis, the PR8DS is shielded from any stray electrical interference and built for road use. Robust connectors are provided for all inputs and outputs. www.smproaudio.com.

On March 6th in Toronto, Ross McIntyre from 100.3 The Q - Victoria, BC picked up Gold and Silver awards for Promo Campaign and Promo Single at the Radio Marketing Bureau of Canada’s annual national Crystal Awards. Sheldon Hovde from brother station The Zone @ 91.3 also picked up a Bronze Crystal for Promo Single. According to the RMB, this is a very rare hat-trick for one radio outlet to win Gold, Silver and Bronze in a category. www.crystal awards.ca, .

Ernest Martinez has been promoted to Creative Director, Radio Disney, it was announced by Ray De La Garza, Vice President, Programming, Radio Disney, to whom he will report. Martinez, who is also known as Radio Disney’s popular on-air personality “Ernie D,” joined Radio Disney ten years ago, rising from producer to on-air staff. In his new job, Martinez will be responsible for the presentation of Radio Disney’s programming including overseeing feature and on-air promo content and the staff of on-air talent.  Martinez will continue his afternoon airshift and frequent celebrity interviews.  He is based in Dallas, Texas. Martinez was born and raised in Dallas and began his radio career as a morning show producer at KHCK-FM in Dallas. He eventually transitioned to an on-air role. He later was producer/production assistant at KHKS-FM in Dallas, before joining ABC Radio Networks International as international radio producer.

August 01, 2000 13092
by Steve Cunningham When Alesis first announced its MasterLink product in June 1999, they promised that it would change forever the way records are mastered. I don’t know about that, but having spent a few weeks with the...
Read More...
© 1988 - 2023 Radio And Production, LLC
Go to Top