Acting In My Mental Movies 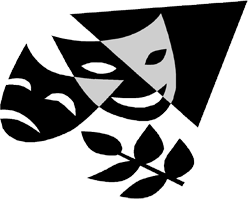 I lead an exciting life. One Friday night last June, the kids were out with their friends, and my wife and I stayed home to watch TV like most normal suburban parents. Flicking around, we landed on Larry King. How’s that for life on the edge! The special guest was Al Pacino, for only his fourth interview in 25 years. Now I am not the biggest Al Pacino fan in the world. I actually think most of his movies are a little dull. My wife, who thinks film is one of the highest of the art forms, loves everything he has done… so in the interests of marital harmony, I relinquished control of the clicker.

Little did I know I was going to get some positive creative reinforcement in the next 52 minutes. First, it seems Al does not read screenplays. Instead, he gets one of his friends to read them, and tell him if they are any good. If there is a screenplay that is tweaking his interest, he brings in a bunch of actors to read the screenplay aloud, with another actor acting as narrator to read the camera or stage direction, and records those sessions. Al will then listen to the screenplay on his Walkman as a radio play! How is that for “high art form”? One of the most respected actors of his generation makes the movie in his head to hear if the movie is any good, long before a single frame of film is exposed. If after listening through it, and he can visualize the movie in his head, he signs up and goes ahead with the project.

I do much the same only in reverse. While I am listening to something back, I am thinking about if the sound I have put together “looks right” as it plays in my head. If there is a dialogue, I am listening to see if the location I have created with SFX, or the atmosphere I have set them in with reverb and panning, make sense as a whole. Does the visual make sense for any action within the dialogue? For example, does the door open and close instantly, or is there time for characters to flow through the door before it closes? Are there footsteps bringing the character into scene? Does the amount of footsteps to come into scene match the imaginary size of the room they are in?

The best movie you can make is one you imagine in your head. Only you put restrictions on your mental movie, so you do not have to worry about budgets, points, insurance, nervous studio executives, focus groups, product placements, gossip columnists, or starlets with needs and an entourage. Weather is never an issue on shooting days, and if you need a CGI effect that has not been created yet, you do not have to figure out how to do it or how to afford Industrial Light and Magic to create it for you. You just imagine it. All you need to do is plug in audio pieces to fit into that mental movie.

The second thing I got from Al Pacino concerned his friend Paul Newman. Now some of the younger people here may only know Paul Newman as the guy on the salad dressing bottle, or the co-owner of a racing car team, but before Al Pacino was even an extra, Paul Newman was one of the foremost American actors of his generation. It seems Mr. Newman is retiring from acting, as at age 82, he has a hard time remembering his lines. Al’s point was that you have to be able to remember the lines enough to be free of the lines. You have to not memorize and regurgitate, but memorize and react.

As the director and sometimes star of the mental movies that go on radio, you have to do the same thing. There are few things I hate as much as having to bring in an off-air person to play a part in my little opus, and having them get bogged down in just reading the script. They just read it back in monosyllabic form, droning through whatever you put before them just like they did in grade school, instead of being a living part of the scene in my head. Here I get them to do a couple of things to break free from the words. I might get them to change the script to say the line in their own words. Yes, that means a revision that the client may not go with, but it lets them deliver the line in their own natural rhythm with essentially the same meaning… and you can rarely beat realism with acting, though Mr. Pacino and other graduates from The Actors Studio may argue that acting is realism. The other thing I might get them to do is learn the line a little, then put the script behind their back or even take it away from them. This forces them to be free from the words as they cannot glance down and rely on the crutch. They are forced to think about how they say the line, compared to what the line actually is. Your acting instrument has to be free from being tied down to the weight of the words if it is going to soar with life and spirit.

The last couple of things that Al was talking about that I caught concerned inspiration. How the smallest things can really take you somewhere unexpected. He related a story about John and Lionel Barrymore, who were doing a play together many many years ago. John was asked about one scene, where he had to be in a savage argument with his brother, and how could he be so mean and uncaring to someone he was so close to. John Barrymore’s response was, “Well, he wears this one particular hair tonic that I absolutely hate….” Another time, Al was acting in a play, and all night he could feel these eyes on him from one section of the theatre. Every move he made, he could feel the eyes, and the eyes were inspiring him to give a better performance. When he came out for his curtain call, Al looked to see who was sitting in that section of the audience, only to find it was two seeing-eye dogs!

Inspiration can come from anywhere. The inspiration for this article came from watching TV. Acting on that inspiration was the mad scramble to the telephone desk in the corner of the living room to get a pen and paper to furiously write down all the notes and ideas that were screaming through my head, while simultaneously ignoring the “what are you doing?” questions from my wife. Inspiration for you might be something you overhear in the office, or watching two people walk down the street and imagining what their conversation is about, or like the Jeep commercial that was on TV that night, what would happen if you put a wolf in a canoe. Inspiration really can be everywhere; you just have to act on it.

May 01, 2010 6291
by Steve Cunningham Apogee Electronics is well known among high end recording studios for building accurate multichannel analog-to-digital and digital-to-analog converters, along with digital clocks like Big Ben that are used to...
Read More...
© 1988 - 2023 Radio And Production, LLC
Go to Top