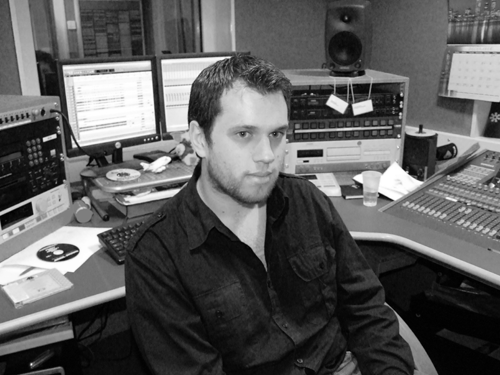 As the regular stream of contributions for the RAP CD come through the Inbox, occasionally we’ll hear a piece of work from somebody new that makes you go, “Whoa… who’s this guy?” Adam Burgess is his name, and he’s climbing the imaging ladder rather quickly. Still in his early twenties, he’s the Network Imaging Producer for GCap’s One Network in the UK. This CHR formatted network consists of over 40 stations and reaches an audience of nearly seven million people. This month’s RAP Interview gets acquainted with Adam and takes a peek at the One Network. Be sure and check out this month’s RAP CD for an ear-poppin’ sample of Adam’s work.

JV: How did you get into this business?
Adam: It was a bit of an odd way really. I was studying some college at the time — psychology and biology and a few more ‘ologies — and I just had this real passion for music and being in a band and stuff. I wanted to get involved in some way. So I sent a letter off to my local radio station at the time, Power FM on the south coast of England, and kind of begged them for a bit of a tour and a have a look around. Off the back of that, I got three day’s work experience where they sat me with the producer at the time. We hit it off really well, and I have never looked back from that point. I was about 16 years old at the time.

I dabbled in the different aspects of the radio station. It wasn’t solely production at that point. I started off, what we call over here, tech-opping. I don’t know what you would call that your side of the pond [board-opping], but basically it’s running out pre-recorded shows and that kind of thing. From there I actually started doing some overnight shows and some presenting. And while I was doing that, I was keeping up with the imaging guy there, just sort of sitting down with him. I remember being absolutely fascinated about what this guy was doing, and that’s where my passion came from. I pretty quickly dropped the whole presenting idea and the rest of it and just thought, “This is it. This is it for me. I want to do some production!” 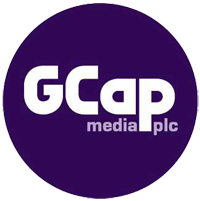 JV: So where did this passion take you as you made your way to your current position with GCap?
Adam: Once I had a bit of experience under my belt, the CD went out far and wide, and I managed to get some freelancing for what was the old Capital Radio Group at that point, at Capital itself, for a station called Southern FM, which was based down on the south coast of England.

I’d done that for probably two or three years, and then there was a big gig that came up in Manchester for a company which was called EMap at the time. I guess their most famous brand would be KISS 100 in London. This gig was for a very large radio station in Manchester, and at the time I think I was about 19. I thought, “There’s no way in hell that I’m going to get this gig. But you know what? I’ll send the demo and the CD anyway and kind of see what happens.” Within two weeks I’d moved up to Manchester and I was doing it. It was crazy. I was there for about a year working with some very talented people and having a good time working on a station of that size.

Then out of the blue I got an email from the then head of production for the network hub down here in Bristol who said that one of their producers had gone. He was an Aussie guy and he’d gone back to Australia, and there was, as he put it, a production chair, and would I be interested in filling it. So I thought, “Yeah why not, let’s do it.” And that’s how it came about.

JV: So you must have been around 20 years old when you started there? And how long have you been with GCap?
Adam: Yes, I believe I was 20 when I started here, and I’ve been here now coming up to three years.

JV: Who were some of the people whose production you listened to in your early years, whose work made you say, “Oh that’s great. How did he do this? How did he do that?” Did you have a mentor or two during that time?
Adam: I’ve got to say I was very privileged to be around and have always been around the very best, feeding off of other people’s talent. I guess the first guy I came into contact with would be the station imaging producer at Power FM where I started, a guy called Ali Resakhani, who later went on to work for Capital and is now doing bits and pieces for the BBC over here. He’s just a phenomenal producer, and I feel very privileged to have been able to work with him from such a young age. I guess if there had been just one person that has influenced my style it would probably be him.

But there was one other guy who started out at Power FM where I did when I was 16 at pretty much the same time as me. A guy called Tom Cross. He’s someone who I would now say is one of my best friends. He’s kind of come up with me and is now head of production for the More FM Network out in New Zealand. He’s someone who I will always call a brother. There’s that brilliant, friendly rivalry between us, where I’ll make a piece of production and I’ll buzz it across to him and go, “Hey, check out this trailer I made,” and he’ll do the same with me. We kind of critique each other. I’ll go, “I love what you’ve done there. And that sounds brilliant here,” and it just keeps us on our toes. I would say that he has always been an influence to me and is a great positive vibe in my production. I think it’s just it’s brilliant to have someone like that where you can share work because it really keeps me on my toes.

October 01, 2005 7682
by Steve Cunningham I’m always on the lookout for unique bargains, especially when it comes to software processors and plugs. Several tempting tidbits came across my email box this month, but by far the coolest and most...
Read More...
© 1988 - 2023 Radio And Production, LLC
Go to Top