Q It Up: What was the inspiration for your last creative promo or commercial?

Seven excellent responses to this month’s Q It Up question! Thanks, guys! Your work perfectly exhibits what we were looking for! (Accompanying audio on the RAP CD!)

Q It Up: Tell us about the last promo, commercial, or imaging piece you wrote and/or produced that was inspired by something outside the context of the commercial or promo/ID itself. What was the inspiration, and how/why did you incorporate it into the piece? Was the inspiration something you saw on TV? Something a family member said or did? Something you saw on your way to work? Tell us about your creative process, and then attach the production to your response! We’ll put ‘em on the RAP CD! Please note: we’re not looking for award winners here; just an example of using external influences to raise your work a notch above the ordinary. 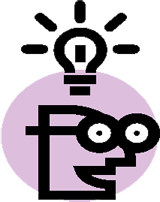 Anthony McNutt [amcnutt[at]ns. sympatico.ca] Q104, Halifax, Nova Scotia, Canada, imagingwork.com: I get inspiration from many different places — YouTube, Facebook, even the news. My most recent piece came to me as I was making my 1 hour 20 minute commute to work. As boring as the drive is, I do a lot of thinking, and write bits in my head along the way. One of the DJ’s on air had mentioned that Van Halen was back on tour and said, “I wonder if they are actually gonna play a show this time.” A few months back we gave away a trip to see Van Halen, only to have it canceled. That was my inspiration.

We were just about to launch another Q Jet Trip to see The Boss. When I got to work I had a look for some karaoke beds, and sure enough I found what I was looking for. I slapped the track on the multitrack and started writing. I am by no means a writer or a singer, but I thought my idea could fly. My parody tune was to California Girls. The whole premise was to poke fun at VH saying we would send you to see them but their tour is off and on, so instead we are gonna send you to see Bruce Springsteen. After I wrote and produced two parody tunes, I let the PD listen to it. Keep in mind this is going to run ONE time only. He made the suggestion that some backing vocals would sound cool in the song, so I said “Your Hired” and we started to lay his tracks in.

To make a long story a bit longer I frigged around with it for another day until it was complete... no it wasn’t. This piece of production was gonna get a bit more attention. The PD heard the (was gonna be a final mix) and said, “Hey, lets add a bit of acapella in to the middle to tie the two tunes together.” So back to the studio we go. We added in some acapella and mixed ‘er down and now it was finished... well almost. I then got the idea to see if Little Steven from The E-Street Band would voice some liners for us. Dammit, he did... it’s always great to have an artist into the imaging. So I slapped a few of those together and had our voice guy Jim Conrad voice a line and mixed it all together. After a few days of studio time was used, we now have the finished product that ran one time only to launch the contest. Then I moved on and produced that promo, which was a whole new adventure.

Vaughan Jones [Vaughanj[at]scoast radio.com.au]: This one was inspired by a friend of mine who always seems to find a reason to be happy. He’s one of those guys who always makes time to celebrate and enjoy life, even though he balances a successful business and a family.

Anyway, he emailed me some great photo’s one night after he and his family had returned from a holiday. At the bottom of the email was a casual invitation to join him on the weekend for a few drinks and a few stories from the big trip.

His email sat in my inbox all night, and it was the first one I downloaded when I arrived at work the following morning. Also sitting in my email inbox that morning was a request from my Sales Manager. She needed a sales demo for a new prospective client called “Invitation House.”

As I wrote this one up, I used my friend as inspiration. I thought of the way he lives and how he makes me re-consider my attitudes to life sometimes. I think it’s the only commercial of this “mood” that I have ever written.

The rep and the client both loved it, so thanks Jeff!

Ryan Drean [ryandrean[at]gmail.com] KSCS, Dallas, Texas, www.RyanOn TheRadio.com: I produced something to sort of revolve around the 50 Cent/Kanye West Album feud. Of course, my bit is from the Kenny Chesney side of the coin. Basically, I knew it was going to be a big battle at the top between the 2 rappers, but I didn’t want the country guy to feel left out.

Idea/Inspiration: I have loved hip-hop for years, ever since meeting Dr. Dre at the Rodium Swap meet when I was about 12. I also image a CHR/Rhythmic which might be the most fun I have. I definitely think it’s the easiest. BUT my home base is at Country KSCS-FM in Dallas. In hearing all the hype that goes on in the urban world I figured I would bring a little bit of this to the non-hyped-out country world. So the production obviously is way out of left field for what I would usually put on a country station, but the inspiration was pretty straightforward. The world of big $ commercial music people decided not to pay any attention to the biggest, or one of the top 3, solo males in country so, we made this “commercial.”

The best part of the whole promo/commercial was the environment in which I got to play it. The day of Kenny’s (and Kanye and 50’s) release, he was doing an hour live in our station with our morning show. So they spend a while having fun and then bring up the album feud. He actually got really serious and almost looked upset. So they set this up as their solution to help him beat 50 and Kanye. They told him they bought ad time on Cross-town Hip-Hop station K104, and that they were going to win him over with the hip hop listeners. He seemed to like it.

As for process, I pretty much wrote it in 5 minutes, called the hip-hop station back east and asked them if anyone there could do the voices for me. Two of the Mix-show guys knocked this out, rather well I might add. I think the production could have been better, especially the mix, but for a 20 minute job, I am happy with how it came out. Hope you like it!

Brent Hatcher [brent_h[at]kilo943 .com] KILO/KYZX, Colorado Springs, Colorado: We do a car/truck giveaway each year, sometimes twice. So I was heading in to work thinking about how I was going to put the “week of” promo together to pump up people that would be at the giveaway the up-coming Saturday. Now, the PD and Promotions guy just wanted some little 30 second blip of “If you’ve qualified we’ll see you this Saturday at the car dealership.” Well, how boring is that? I know it’s just a promo that runs just 4 days, but I wanted to do something a little different.

On my way in to the station I saw plenty of things that gave me ideas. It’s stuff you see everyday, but that day I noticed it all. I saw a well dressed sap sitting at a bus bench waiting for his commute to wherever (maybe his ride was in the shop?). Two broken down cars on the side of the road looking like they’re about to explode. Fan belts squealing at each red light I stopped at… Then I looked at my own crappy ride.

I came up with a promo that set the stage of a listener jumping in their clunker of a car and heading over to the giveaway. We all know car problems suck, but it happens to people everyday. It was a bit longer than 30 sec to say the least, but I felt it put a fitting wrap up to a promotion that can be pretty boring if it drags out (this ran on for 2 months). So I put it together hoping to excite listeners on just how cool it would be to score a new ride. It’s a type of promo that’s been done before, but if you make it YOURS… it will be different. It’s amazing how you see things everyday, but only really notice them when you’re looking for it. Ideas are all around us; we just have to recognize them and then let the creative juices flow from there. It’s cliché I know, but damn it’s true. Anyway, the powers that be and clients liked it, so I scored a couple more months of job security.

Joey Cummings [joey[at]khjradio.com] 93KHJ, American Samoa: I was at a restaurant in New Zealand having a salad, and the waiter offered up a choice bit of trivia about the croutons. “We make them out of yesterday’s stale bread. It’s cubed and left to harden overnight.” A few months later, this new bakery opened up and they wanted everyone to know they sell FRESH bread... One catchy spot coming right up. This one was a bell ringer for the client.

Steve Stone [sstone[at]zrgmail.com] Zimmer Radio, Joplin, Missouri: Rush hour traffic... Gotta love it. While there’s not a lot of it in Joplin, there are a handful of main thoroughfares that bottle up. My morning drive takes me down the busiest of them. Since I love what I do so much, I’m the type that’s always an hour early for work (and I prefer Mondays over Fridays). So naturally, I’m smiling, drumming on the steering wheel and singing on my way to the office.

Once in a while there’s that one driver that seems to be on the way to the “Nude Models Giving Away Money” event (hmmm...). When the request for a coffee shop demo came across my desk, Mr “Speedy-Pants” automatically popped into my head. I wrote the ad about a guy that is buzzing his brains out on strong coffee. For contrast, I made the other voice in the ad speak a little slow.

Now I’m going to get to work on that “Nude Models Giving Away Money” promo...

CJ Goodearl [cjgoodearl[at]clear channel.com] Clear Channel, Orlando, Florida: I produced/voiced (along with the lovely and talented Katherine Brown) imaging for WJRR’s acoustic Salvation Sunday show. Aside from the obvious church references (which yeah, I milked) the first sweeper, “Unplugged” was a no-brainer, partly inspired by an EMT class I had taken earlier this year. “Hangover” (rejoiner) comes from certain hazy Sunday mornings, and “Wakin’ up with Launa” is just a daydream of uh... a friend of mine. My “friend” had this dream about the host Launa see, and uh... never mind. Short mp3 montage of all three elements attached!

February 01, 2010 10043
by Steve Cunningham Harlan Hogan is not just a world-renowned voice actor, with a string of credits that goes back several decades and includes brands like Raid, Heinz Catsup, and Life Cereal. He’s also a teacher of voiceover...
Read More...
© 1988 - 2022 Radio And Production, LLC
Go to Top