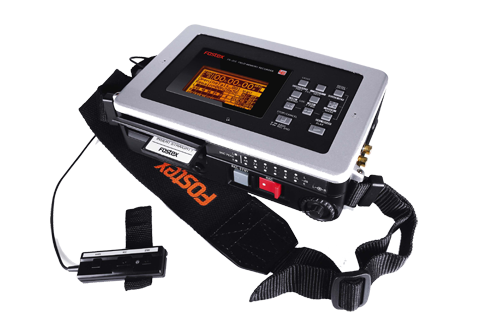 Fostex has always produced high-end field recorders, beginning in the early 1990s with its timecode-capable PD-2 portable DAT recorder. The PD-2 and its successors are still a staple among sound mixers working in film and television, and the $1500 FR2 Memory Recorder is widely used by these pros. When the company announced a lower-cost version of the FR2 late last year, I put it on my to-do list. The FR2-LE began shipping last May, so it’s high time we take a look.

The FR2-LE is a portable stereo field recorder that uses widely available Type II Compact Flash memory cards as its recording medium. It records mono or stereo in Broadcast Wave format (BWF) with sample rates from 44.1 to 96kHz, at either 16 or 24 bits. It also records in MP3 format at 192 kbps resolution, which allows much longer recording times at a somewhat reduced quality. It’s strictly an analog recorder, with both XLR microphone inputs (with 48V phantom power), and 1/4" line inputs and RCA outputs for headphone monitoring. It also has a pair of built-in microphones and a built-in speaker for playback, and features a USB connector for transferring recordings directly to a PC or Mac computer.

SMALLER THAN A BREADBOX

The packaging is spartan, but professional — a white corrugated carton holds the recorder encased in Styrofoam end blocks, and separate corrugated compartments hold the included accessories. The accessories consist of an AC wall-wart power adapter, the paperbound manual (yay!), a soft carry-pouch, a battery case, and the wired remote control with its own strap. A 128MB CF memory card is pre-formatted and pre-installed in the unit so you can begin recording right away, although it will only record about 12 minutes of stereo 16/44.1 audio.

The recorder is larger than most of the inexpensive memory recorders out there, but not bulky. It’s about eight inches wide, five inches high, and a bit over two inches thick. It weighs around two pounds with batteries, and is quite comfortable to wear with the 2" wide shoulder strap. The case is entirely plastic excepting the metal strap posts, so a trip to the floor is definitely not a Good Idea and I didn’t test it. Having said that, the entire box seems to be rugged enough for regular use. Fostex does offer a Cordura nylon case for about twenty bucks and I’ll be having one of those shortly, if only to keep from scratching the thing.