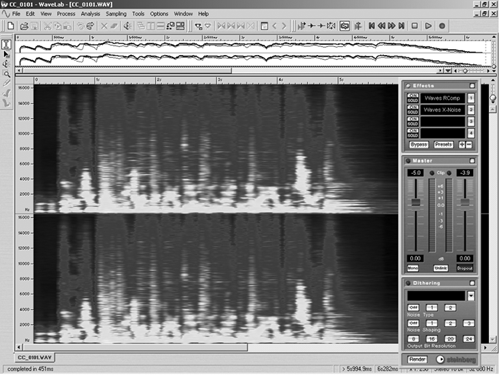 I’ve been using WaveLab once a week for years to edit half-hour radio shows and to master CDs, and lately it has been pressed into service to edit assorted podcasts. Since its introduction in 1996, Steinberg has continued to update WaveLab, popping out a major revision every couple of years. Each new version seems to bring new tools and features to the program, without ever sacrificing stability or performance.

For those of you already using WaveLab, version 6 adds several new features to a stereo editor that already has more functions than most will use. However, the new functions are not just eye- or ear-candy, but serious productivity-enhancing tools. For those of you who haven’t yet checked out what I think is the best stereo editor on the market, it’s high time (for a look at version 5, see the January 2005 issue of RAP). WaveLab is a PC-only stereo editor that comes with a broad selection of plug-ins, a 32-bit floating point audio path for maximum internal headroom, the ability to create DVD-A discs, an Audio Montage function that lets you record up to eight simultaneous tracks and play an unlimited number, and an 800-page manual to describe it all.

WaveLab’s requirements are little-changed since version 5. It needs a minimum Pentium III at 800MHz, 256MB of RAM, and either Windows XP or 2000. You will want a 2.4GHz Pentium IV and a gig of RAM for best performance, and of course a large hard disk. The extra RAM helps speed up processing; actual audio editing is disk-based so the size of audio files is not limited by RAM. You will also want a multichannel audio interface with ASIO drivers, especially if you want to use the multichannel capabilities of WaveLab. 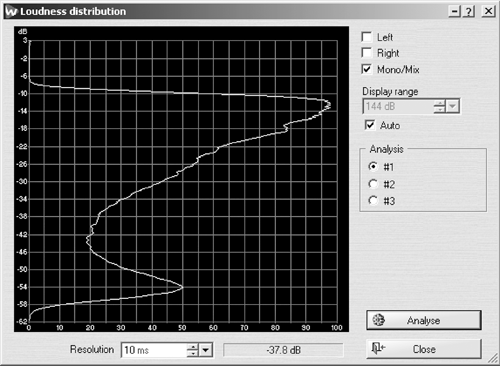 There is one new feature that may not please some, and that’s the addition of a USB dongle as copy protection. The full version of WaveLab comes with the same Synchrosoft USB dongle that is included with Cubase SX and Nuendo, which means that if you own a “dongled” Steinberg product, you can add a WaveLab license to that dongle using a simple online form. But WaveLab users who upgrade from version 5 or earlier will need to purchase a dongle for an additional $30. Those of you who have read this column for awhile know how I feel about losing the use of another USB port, so I won’t belabor the issue.

The upgrade process is otherwise simple but not necessarily painless. The version 6 upgrade requires that you have both your earlier version CD and serial number close at hand when you purchase and install the upgrade. I had one slight problem — the only place to find the serial number is on the outside of the glossy cardboard box that contained my version 5 CD and manual. Who keeps the cardboard box? I certainly don’t, so all I had was the CD and an activation key (which is not the same as the serial number). A call to the sales department at Steinberg US gave me the serial number I would need to finish the installation. When the upgrade came I was careful to cut the serial number off the box and store it in the manual.