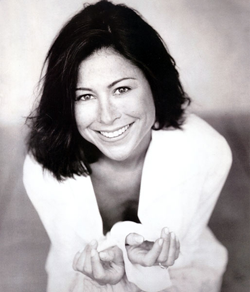 If you don’t know the name, you probably know the voice. Terri Apple is one of the top voice-over actresses in the country. She’s been at it for over 25 years. Her credits include the award winning “Got Milk”, California Cow/cheese, Taco Bell, Sears, Wal-Mart, Oscar Meyer, BMW and hundreds of others, as well as several TV shows including E!  Modern Girls Guide To Life, A and E, ABC Family, Fox Sports and many others. Terri’s voice can be heard on TV and radio every day. Terri’s acting credits include “The Fair” a recently released feature film, ABC’s MOW, The Mary Kay Letourneau Story”, “Never, Never” a Sundance winner, and the animated series, “Punktuition.” Terri is the author of “Making Money In Voiceovers”, the 2nd Edition of which is just about to become available. Terri is also working on a video “How To Make Money In Voiceovers” as well as the audio version of Making Money In Voiceovers. She also recently started her own talent management company, ASE Talent. This month’s RAP Interview barely scratches the surface of the wealth of knowledge Terri possesses about the VO business, but we get a healthy serving nonetheless. Check the RAP CD for a sampling of Terri’s demos.

JV: Tell us about your start in the biz.
Terri: I was fifteen years old. I came from Kansas City, and I always had an acting background — whatever was around to do there, little industrial commercials, a little modeling, acting — I always was involved with acting, and at some point I was watching television and said, “Who are those people that do that, that say ‘Taster’s Choice,’” and I said, “Well, that’s got to be a part of acting.” So I looked into it. We had one agent in town, and I took a meeting. I made a homemade little cassette tape before I even knew that that’s what you were supposed to do — it was actually fairly good — and I took it over there and he said, “I don’t even know what to do in that business. Why don’t you be a secretary?” I said, “I’ll see you on Johnny Carson.” That’s how I started in the business.

As a kid, I used to read a lot of magazines, and read aloud. I used to look at the print advertisements and read them. I always found it very fascinating, and I always found the person doing the voiceover of a commercial really fascinating. I don’t know why. My ear was always drawn to the voice selling the product in a very subtle manner, and then one thing led to another.

I did a lot of leg work, which you still have to do today, and I don’t know where I got the gumption to do it. I just had no fear. I would call a production company — I had done a couple of on camera things — and I would say, “Hey, who’s doing your voiceover and narration for that?” and I would send out that little cassette tape, even though it was homemade… and I don’t recommend that today. Anyway, I just started doing a lot of work on my own. I did do a little nonunion at the beginning, and then got in with a couple of local advertising agencies that had national clients and started working jobs.

Most of the work back then was going to a very small number of people in Los Angeles only, and it wasn’t younger voices like myself, especially back then. It certainly wasn’t that kind of market. I don’t think I ever once heard a voice my age, but that never deterred me. I had a raspy little voice. But certainly they were adult voices I was hearing on the air.

As I said, I did a lot of the work myself. I took that cassette tape around and started booking little local, nonunion jobs. I call that ‘doing the stepping stones’, and my stepping stones were getting work so that I could create some real commercials for my demo and take off the fake ones. That way I had real produced spots to show what I had done.

The funny thing is, when I moved out to LA, I almost did not take my cassette tapes. I threw them into my car at the last minute. I thought, “Voiceovers are going to be too tough to break into.” I really came out here to be the next Debra Winger of the time, or Jessica Lange. I had studied serious method acting. Voiceovers to me were more of a secondary thing. I mean, I loved doing them. It’s not that they weren’t a means to an end. I wasn’t making a living at them then, but when I moved out here at 23, I had certainly done a nice chunk of work, so I don’t know why I didn’t think that it could’ve been a viable option to make some money. I just didn’t think about it.

JV: You’ve had tremendous success over the years in the voiceover business. How busy are you these days?
Terri: It’s slowed down a little bit. This business is interesting. Maybe it’s because of VoiceBank, or because there’s an influx of talent, or because the market has changed quite a bit in the sense that they used to run commercials five, six, seven years, where now they’ll run it a couple of cycles and move on — although I have a milk commercial that’s been running maybe six or seven years. And my other baby, Taster’s Choice, I think is still running. But for the most part, it seems they’re running a thirteen week cycle, and then they’re done. So the market has changed. I have a couple of TV shows now. I still do some regular accounts. I’ve got a couple of nationals, but it’s slowed down. I remember the day when I was in three sessions a day. I have a couple of buddies of mine that are guys that are staying pretty busy. One is Jim Cummings who goes around in a car with a driver. But he’s got a network as well, and I think when you have a network, you’re doing more work. He goes in every day. But the market has slowed down. I got an agent in New York about five years ago, and they send me stuff as well.

And technology has changed things, with MP3 and the ability to do everything on the internet. But, you have to be careful because new people getting into this business are really hot on this, and they say, “Oh, well I’ll just get an agent, and I’ll MP3 auditions,” but they have no idea how to self-direct. You really have to realize in this business that you’re competing against yourself — even if the script says, “Terri Apple type,” on it, and scripts sometimes do have my name on them and I still sometimes don’t book the job because I don’t have the producer or the writer there telling me exactly the mood they were looking for. “Oh no, Terri, we were thinking about you for the Oscar Meyer Lunchables. That’s the voice we want.” So as an actor, you have to recreate that mood to be able to get back into that part — “Oh, that’s my young mom. That’s my young gal-to-gal mom.” In certain spots, you have to recreate that mood. But the market has slowed down in the sense of number of auditions. I still go into my agency four days a week, I still do a number of jobs a week, but it has just changed. It’s cyclical.

March 01, 1992 32734
by Jerry Vigil If you've ever shopped for a small mixer, whether it be for your home studio or for remote station broadcasts or even as a submixer for your present production console, you probably have a good idea of what these...
Read More...
© 1988 - 2023 Radio And Production, LLC
Go to Top