Serving the Universe - Challenges of Imaging Across Cultural Lines 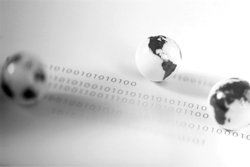 Some refer to the UK as America’s 51st state, and even Homer Simpson himself once announced: “we Americans are England’s children.” Ok, so culturally we may well not be worlds apart, but in radio imaging terms, there are more differences that you may initially think.

Think about seasonal events such as Independence Day and Thanksgiving; none of these appear in the English calendar. Mothers Day hits the UK in March, but American mothers have to wait two more months to receive their gifts in May. UK and US Dad’s share a beer on Fathers Day in June, but the poor Ausies have to wait until September. Confused?

Imagine having to keep track of all these differences on a daily basis. Over the last two years, I have been imaging stations from London to LA, Manchester to Madrid and stations in remote areas of Kenya and Ireland — each and every one of them wanting to be dynamic, fresh and topical.

A lot of my recent work has been “generic imaging” via Production Vault. I use the word “generic” very loosely, as that word instantly makes me think bland and boring. In this instance, I’m talking of imaging that is in “shell” form, and when delivered and customized by each station, it sounds fresh and topical. This initially was a tough concept, as there are a million and one different demands, requests and needs from every station. So to deliver, the content has to cover a worldwide scope, while still being relevant to each station individually. It would be easy to remix “O Canada” on Canada Day, or upload turkey sound effects on Thanksgiving. But if you are going to serve all these different markets, you have to serve them properly. With Stereotypes there’s a real danger of offence or of provoking racial prejudice. Just because I’m English, doesn’t mean I am sat writing this article with Tea and Crumpets!

So how do you keep track of everything that is happening on a worldwide scale? Easy, the World Wide Web. I think the Internet is the most significant tool, not just in our industry, but pretty much every industry in the world. I can get up to date movies before they hit the theatres (whether legal or not, it’s available), any music that has ever been recorded, information on seasonal events, topical news stories, even download the latest plug-ins for Pro-Tools. Not even to mention the way audio is delivered to clients, and the logistics of controlling my Mac’s desktop in London from a hotel room in LA. If it wasn’t for the Internet, my work process would be non-existent. Fact.

My working day has changed dramatically since just imaging one station. In addition to running a business, I find myself researching as much as I do producing. My work demands me to travel quite frequently, so I find myself trawling through a dozen magazines 3000 feet above ground, filling my tiny saturated mind with American Idol statistics, latest Presidential campaigns, and whether we have once and for all finally got rid of the Beckhams. I also find the time to listen to different stations around the world, and talk to fellow producers abroad, making sure that the stuff I intend to make will be relevant, accurate, and more importantly useful.

One thing that tries to catch me out on a regular basis is music. In general, the majority of CHR stations in the world play the same tunes, except for the inevitable addition of our own national “talent.” However, some record companies still like to release different songs at different times in different countries. Just as we waved goodbye to Gym Class Hero’s “Cupid’s Chokehold” in California, “Ba-ba-da-da, ba-ba da-da” slowly began to appear on the London airwaves three months later. Although it’s extremely tedious to hear about Patrick Stump’s Girlfriend all over again, it also causes a problem keeping up to date with record releases in each country.

Luckily, the movie industry have stop playing mind games, and have opted for international release dates, enabling us all to see the latest installment of Shrek at the same time. Movies are a great way to keep imaging topical throughout the world. Pretty much every country gets the blockbusters, be it in there own language, but the product is the same. Just watch any trailer for a forthcoming movie, and there are numerous ways to use the audio in relation to your radio station. I’m not talking “Your official Spiderman station” or any of that kind of rubbish; I’m talking about using recognisable and relevant quotes, music and/or effects to add an element of topicality to your production. Check out the “Pirates Of The Caribbean” Promo on the CD to get an idea of how it can sound.

Radio imaging worldwide is technically very similar, from the production techniques, to the style and functionality. Hell, there is even Spanish Chris Corley soundalikes! But each country is somewhat different in terms of what makes their listeners tick, and that is what makes it very difficult to relate to a market you do not live in. Even aside from national differences, cities in the same state can differ dramatically, so it’s important to always have an eye and ear on what’s happening elsewhere.

So, if you currently image stations in multiple markets, or intend to do so in the future, I intend you to watch the American Idol final, read the online edition of “The Australian”, download the latest episode “Little Britain.” If it’s available for us all to see, why not download it?

January 01, 2007 3029
Joan Baker, Voice-over Actor/Coach, New York, NY By Jerry Vigil This month’s RAP Interview dips into the voice-over biz, and we chat with an amazing talent and voice-over coach, Joan Baker. Joan is the author of Secrets of...
Read More...
© 1988 - 2022 Radio And Production, LLC
Go to Top