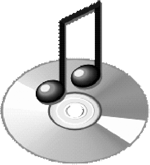 How long has it been since we radio folks have been able to truly claim ownership of the music we play? The commodity we have been peddling for so many years is long gone thanks to the digital realm. The trend became evident to us all years ago. But I had been mulling a few questions over in my mind for some time. What would happen if a track were only available on radio just like the ‘good old days’? Would it fly?

It was time for a little experiment.

Over a couple of drinks it was decided. All you need for a hit song is a booming kick drum, a grinding synth and some misogynistic lyrics. At least that’s how we perceived the state of music in 2007. So with secret formula in hand, and tongue firmly in cheek, “Don and Drew” decided to give it a whack.

The deal was this: we would create a hip-hop track based upon whatever title popped into our heads the next morning. Don’t ask why, but “Bouncy Bouncy Smack! Smack!” it was.

Don (Don Richmond) and I had written almost a hundred songs thanks to “The Don and Drew Show,” a weekly show in which we accepted our listeners’ musical challenges, creating tracks according to their requests. From mash-ups (John Denver vs Eminem anyone?), songs about Uncles who smell like raw meat, to an authentic Baroque quartet regaling the tale of a poodle whose life ends tragically under the wheels of a remote controlled salad bar. Through the experience, our songwriting process had been refined over the years to a delicate blend of craftsmanship and us laughing our guts out.

And laugh we did. More from the insanity of having the same drum loop rolling for three hours while penning the most licentious lyrics we could conjure (I must add though, it helped somewhat that we do happen to like ladies’ bottoms.) Five hours later, we had our track with thanks and a special mention to Vanessa Fernandez, a wonderful and talented singer who happened to drop by, only to be dragged in to the degrading experience.

Armed with our master, we approached the PD of a local CHR station to sell him both the song, and the concept of my little experiment. It was agreed that the station would have exclusive airplay for two months, during which time no other station would be able to play the track, and no other promotion of the song would take place. Thankfully he was open to the concept and within a week, “Bouncy Bouncy Smack! Smack!” was in rotation.

The chain of events that followed caught us all off guard. My initial hypothesis of “a little buzz and a little fun” was soon, shattered. Within three days, the station began receiving quite a number of requests for the song, which after a week became a deluge of calls. Word of mouth had begun spreading which in turn was driving more and more listeners to the station. The old “Have you heard that track by…?” was forcing people to the only source they could get it from!

Online, those mp3 kids had begun what seemed like a desperate search for the track, which saw forums and music sites flooded with posts from users seeking to get their own copy. The more they searched, the more they came up empty handed. So now these kids had to start asking real people in the real world if they had the song, which… you guessed it… created MORE word of mouth.

The station was certainly on the winning end of the deal at this point. BPR tracking saw a nice spike in numbers which kept everyone happy, even though we were starting to receive jovially tempered complaints from the jocks about the amount of calls and emails they were dealing with.

Then it happened. Some sharp, devious mind combined their knowledge of 20th century technology with lightning reflexes and managed to circumvent our brilliant DRM methodology. Yes folks… an unscrupulous shadowy individual TAPED it (gasp!) off the radio! We were thrilled! How long has it been since that happened? It has surely been more than ten years since I’ve heard that wonderful FM crunch followed by that oh-so-annoying-DJ coming on just before the song ends… and there it was – online and being downloaded by the thousands.

Meanwhile back at the ranch, not one but THREE record companies had called us expressing an interest. Eventually it was Warner who made us the offer we couldn’t refuse. As I write this, our little joke is getting the remix treatment over in the US, and I’ve just finished a weekend in front of Photoshop preparing the artwork for an international release next month. Other stations have now added the song to their playlists, and strangely we’ve been #1 regionally for the last two weeks. (How is that possible with no sales data?)

Due to publishing issues, only the off-trans version from the net can be included on this month’s RAP disc. It’s all over the place, but the version I found was here:

If you want a full quality copy for your station, drop me a line!

So what’s to be learned from this little experiment? It’s certainly a tiny, isolated incident… but surely there are questions and ideas raised as to how record companies, artists and radio stations can work together to change the game a little.

Of course, very few would be willing to take that risk, but that’s the wonderful thing about trying things on your own. You can flip any idea on its head and walk away unscathed (unless you have to appear in a music video… God help us.)

October 01, 1993 12884
by Jerry Vigil This month, we don't Test Drive any one particular piece of equipment, but instead kick the tires on three new and interesting items found at the recent NAB convention in Dallas. The AirCart from AirCorp Systems A...
Read More...
© 1988 - 2023 Radio And Production, LLC
Go to Top