I know, I’ve promised that following my advice in this column would result in huge raises from the boss, job offers pouring in and even ecclesiastic shouting from the rooftop. To those who have not yet experienced these things by following my advice, here’s a quarter… buy a clue. I have passed along some excellent advice though on how to improve your production, and I’ve noticed the difference in the production people send to me for critiques. This month’s column won’t result in any of the above at all, mainly because it’s very subtle. In fact, most of your listeners will never know the difference… at first. Once they DO notice, they won’t be able to put their finger on what it is – they’ll just like it more. From a producer’s point of view, this is what sets great production apart from truly spectacular production.

You will please pardon me for getting a little bit technical on the music, but that’s where both the problem and solution are.

Have you ever been to a club or dance where the deejay accidentally bumped the turntable, the record or CD jumped ahead and everybody got momentarily confused about where the beat is? Aside from the obvious answer, (the deejay is a klutz), why do people stumble about for a moment until they find the beat again? If you’ve studied any music at all, you already know the answer. If you haven’t and aren’t sure what the answer is, let me answer it for you. Whether you’re dancing to the backbeat of rock or the hard downbeats of urban tracks, after the first measure, a pattern is established, one that the brain receives and translates automatically. That pattern is called a time signature. 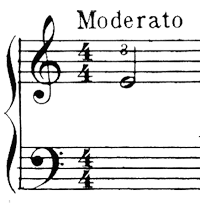 Every piece of music has a time signature. If you see the notation (written music), at the beginning of the music staff, you’ll see two numbers, one above the other. The bottom number is the relative length of each beat in any given measure. For example, if it’s the most common number, 4 – each measure is divided into four equal lengths, one-quarter note per part. The bottom number will always be an even multiple of 4 whether it’s 2 (rare), 4, 8 or 16. (It can be 32 or 64, but those are exceedingly rare.) The top number is equal to the number of beats in each measure. This number can be any number except 1, but is usually 3, 4 or 8.

Ok, you say… but what does that have to do with a room full of stumbling dancers? If you skip a beat in any measure of the song, it throws everything that follows out of whack. When the music skips, the brain stumbles because it’s expecting beat 2 to follow beat 1, beat 3 to follow 2 and beat 4 to follow 3. If the brain doesn’t hear the right beat, it gets confused and people’s feet are zigging when they’re supposed to zag. The brain then has to wait another measure to figure out what the time signature is.

I’ve seen people fall down on the dance floor when this happens. Aside from the comic nature of seeing a bunch of people scrambling to get up and act like they meant to do that, it is confusing to the brain, to say the least. Everybody yells at the deejay or at least throws a dirty look because they looked like an idiot for just a moment.

Let’s bring this home now. What happens when you, the producer, cut from one piece of music to another in a commercial or promo? If you don’t cut to the right beat, the brain acts exactly the same way. There the listener’s brain is, just grooving along to the music in the background, minding it’s own business and soaking in what your VO is saying. Your transition pops up and BANG… it’s confused about what the time signature is and spends a moment trying to figure out what went wrong. It’s NOT listening to your message any more. OOPS! That’s a problem… and that, my dear reader is what I’m trying to address in this column.

As you build your piece of production, isolate the music track and try to dance to it. If, when the transition comes, you stumble or hesitate for just a moment, you know that you missed the beat. You should also know that whatever the copy is at that moment, chances are the audience won’t hear, comprehend or even care what it is because their brain is busy doing something else. You’ve interrupted the flow of the piece sufficiently to render it pointless. How sad.

Now, before we get back to the technical music stuff again (sorry, but this is really important), we need to make two definitions very clear: Mixing and Matching. Mixing is the act of playing two tracks simultaneously. You don’t always want to beat–mix your promos. That would be boring and predictable. You always want to beat–match your promos. This makes the music flow through each transition so that the brain is never trying to figure out where the music is going. It just goes and flows.

The two other aspects to music that you also need to understand are rhythm and tempo. Tempo is the easier of the two to grasp, mainly because it’s something you’ve dealt with before. Tempo is equivalent to Beats Per Minute. (BPM) If you are producing a beat–mix promo, you need to have all the tempos of the various songs be the same, so you’ll speed some up and slow some down so they can play at the same time. If you are simply beat-matching your promo, you almost always want to make sure the slower piece plays first. (It’s a lot easier for the human brain to speed up than it is to slow down.) It’s the other musical component that’s a bit trickier. Rhythm is the emphasis each beat of a measure gets. This is especially important when you are matching through a transition. To the untrained ear, the two and four beats of a measure sound similar. Try to match them and your room full of dancers is looking goofy again.

I know that many of you won’t have immediate access to the songs I’m about to mention, so for my audio on this month’s RAP CD, I’ve taken all four and beat-–matched them for you. (Because they are mostly in different time signatures, they cannot be beat–mixed.)

A waltz is defined by the rhythm, Dum-dum-dum, DUM-dum-dum… if you count out the beats, it’s ONE–two–three, ONE–two–three. I know there must be others, but the only popular song I can recall in the last several years that uses this rhythm is Iris by The Goo Goo Dolls. (OK, you musicians will hear that technically it’s in 6/8, which switches to 8/8 for the chorus, but the verses can be counted as a double 3/4.) MOST pop music uses a straight-ahead 4/4 time signature with a backbeat that counts out, one–TWO–three–FOUR. There are literally hundreds of thousands of examples, but for this article, I chose Walking On The Sun by Smash Mouth. Latin music can get really complicated. Marc Anthony’s I Need To Know is an excellent example that goes ONE-and-TWO-and-three-AND-four-AND. Typically Latin music tends to emphasize the beats between the beats almost as much as the beats themselves. Finally, if you want to drive yourself completely nuts, try counting out the original theme from Mission: Impossible. Lalo Schifrin wrote this TV show theme in a 5/4 time signature.

Just as a note of interest, when Adam Clayton and Larry Mullen (of U2 fame), did the first Mission: Impossible soundtrack, they converted it to 8/8 so people could dance to it. (Counting five beats per measure is something the human brain is ill equipped to deal with.)

OK, so what does this have to do with creative imaging on a radio station? Everything. Remember, your first goal is to deliver your message. If the music you use interferes with that goal, you’re defeated right out of the box. Do not pass go. Do not collect $200. Knowing where to cut a track is as vital as knowing which track to use. If you MATCH the beats, one to one or four to four, you tear down a roadblock to understanding. And the cool thing is, it doesn’t matter what format you’re working in, it always works. Whether you’re dealing with a pounding urban track, a twangy steel guitar–ridden country track, a polished orchestral classical track or the raging back beat of rock… it’s ALL music. It all follows the same rules.

Is your boss going to notice the difference? Probably not. Will your audience notice? I sincerely doubt it. But they will start to react more to your production. Eventually, your ratings will soar, revenue will go through the roof and your GM will hand out huge raises. Or not. Um, good luck on that last part.

February 01, 2004 2488
Mary Collins, The Collins Communications Group, Morrisville, Vermont By Jerry Vigil This month’s RAP Interview checks in with another veteran in the business, ten years after visiting with her in 1994. Mary Collins, as you may...
Read More...
© 1988 - 2022 Radio And Production, LLC
Go to Top