The Home Studio: An Update 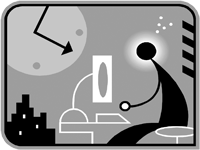 I just had the chance to upgrade my home studio, and just like before I got to do it cheap. Best thing is, it now works even better than it did before.

It all started with my in-laws. They found out that my daughter was going to a new school next year and would probably benefit from a new computer. Our old computer was a dog’s breakfast of my family’s leftovers and spare parts from hither and yon. We’d had it for so long it was no doubt completely infested with spyware and many different viruses. The hard drives were too small at about 6GB between the two, and the sound card took a dive when we switched to XP. It was time to send it to a much deserved retirement.

As I said, my in-laws found out that my daughter was going to a new school and sent us a big cheque. Very nice of them don’t you think? Yeah, me too. We got her a new state of the art computer, fast with lots of memory, a bigger monitor, a laser printer so we don’t have to replace those ink jet cartridges anymore, and a bilingual English/French keyboard (very important here in Canada). Perfect for a young student, but somehow I think I’ll manage to weasel some time on it once in a while.

The onboard sound card is better than anything I’ve ever had at home before. I’ll use it as a line-in in a pinch, but it doesn’t have a lot of headroom. However, as a monitor out it’s perfect. Hooked up to the Logitech Z3 speakers I bought last time I needed to work at home (highly recommended by the way), I can listen to what I’m working on, and the family can use the same audio out to listen to any Internet audio or games they need to without repatching. Everybody’s happy, and it even has S/PDIF outs!

That’s an important line I don’t want to gloss over. With the family computer it’s important that everybody gets to use it with the same ease. I can hide the high end audio parts so long as everyone else can do what they want to do without me around to set it up for them. I’ve got all my programs in a separate folder, with stored audio stored in another folder.

The sound card only has digital out, and the line-in is good in a pinch. I haven’t tried it, but I would be surprised if the mic-in was good for anything that had the word “quality” in the same sentence that wasn’t preceded by the word “lo”. How to get high quality audio into the computer? Lots of choices, and thanks to eBay they can be surprisingly affordable. My choice was the last Edirol UA-1D that I could find in eastern Canada. It’s S/PDIF in both coax and optical to USB. It’s only 16-bit (fine for radio), and non-duplex (it can’t play and record at the same time due to digital clock issues), but with sound coming out the onboard it’s not a problem. Besides, it’s cheap like crazy, and literally plug and play. I was recording in less than a minute after installing it. If I can figure it out, it must be idiot proof.

With S/PDIF into the computer, I can now use the digital switcher and format converter I’ve collected over the years to get analog sources recorded. I can use my DAT and record digitally. Of course I can use the drive to rip data off CD or CDR.

For voice over, I’ve got my mic collection of good, bad, and interesting that I’ve picked up over the last 25 years of radio and music. I’m still using a borrowed Symetrix 528 from the station that was given to me as part of our disaster recovery program. Basically, if the building doesn’t exist for some reason, we have an instant place to do production to help get us back on the air. I mentioned eBay, and I keep looking for a small notepad mixer or stand alone mic preamp, so the Engineers back at the station can have the 528 back to put in a voice-tracker studio, and my home studio will be mine all mine. Details to follow, film at 11.

The one thing that has changed drastically over they years are computer hard drives. They are cheaper, larger, and just as reliable as before, if not more so. The newer SATA hard drives have a nice high transfer rate, and 200GB drives with three years of warranty are just about standard now. I’m sure I could if I really tried hard, but I don’t think I’ll ever have 200GB of radio spot data in any one place at any one time. That’s a LOT of storage space!

The best part about the new studio came from my wife. It seems her office was getting all new furniture. The old furniture was made available to staff on a pay-what-you-want donation basis, rather than having the company pay to haul the stuff away. For about $60, she bought a huge three piece knockdown desk and hutch, plus a real porcelain white board, plus a pile of other stuff. Of course that meant that we had to clean out and redecorate the office/studio which is in the smallest bedroom of our three bedroom townhouse, but it really looks and works terrifically well. It’ll be the perfect place for a 7th grader to do her homework, or Daddy to make a little money on the side.

All in all, not state of the art, but a lot closer than it was. Great for some simple radio spot production, even better for station imaging. One of the benefits of working for the company I do is they give a great employee discount on high speed Internet. Most of my data is going to be coming in as MP3s, and going back out as either MP3s or data on CD. Now to convince the PD to let me work at home on a regular basis.

Oh, and thanks again Mom and Dad.

October 01, 1995 13280
by Jerry Vigil We've watched technology rapidly change the world of digital workstations just in the past three or four years. These sweeping changes can also be found in the latest effects boxes on the market. For many years,...
Read More...
© 1988 - 2023 Radio And Production, LLC
Go to Top