The world is shrinking… again. There was a time, not so long ago; that our brothers and sisters in broadcasting overseas, looked to US and Canadian Radio for inspiration and even set working in a North American market as a professional goal. European, African and Asian broadcasters have only in the last 10 years (some much less) begun to do ‘commercial’ radio, as opposed to state-run, mostly bland, sometimes pure propaganda machines. The days of “Pirate” radio stations beaming their signals from the rooftops of homes in Amsterdam, basements in Moscow and from ships in the Baltic Sea are done. Now, radio is evolving rapidly in countries as diverse as Poland, Lebanon, Sri Lanka and South Africa. Many of the radio stations I’ve become familiar with in just the last few years can stand shoulder to shoulder with most stations here. And their secret to success is exactly what this magazine is all about: Production. 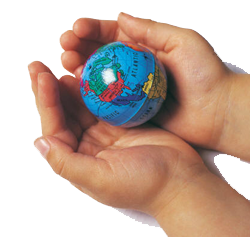 Listen to RTL in Berlin and you’ll hear it. Try Mix-FM in Beirut, Lebanon and you’ll hear it. The Voice in Denmark, The Edge in Sydney, Australia, Radio Veronica in Holland, Vibe in Paris, Inter-FM in Tokyo and Channel 4 in Dubai, UAE all have stellar production people who have taken what they’ve heard on American radio and made it their own. Flowing, rhythmic, musical production that informs and entertains, sets the image of their respective stations indelibly in the minds of their listeners and frankly delivers the goods as well as any I’ve heard anywhere in the US.

Some of you will note that I’ve left out the UK, but I did start this article with the phrase “The world is shrinking… again.” The first time it shrank was more than 15 years ago, when the Brits really turned up the heat. I remember distinctly listening to an aircheck of Virgin Radio and being blown away by the production. Of course, the producer was an Aussie named Jeff Thomas. Today, British radio is at the forefront of production with amazing people like Ian Fish and Steve Piggott doing absolutely red-hot work. Many of the producers I know in other parts of the world came from the UK. Dan Harper at Mix-FM in Beirut and Dave Barnes at Channel 4 in Dubai, both British expatriates, come immediately to mind. So, radio in the UK is probably a step or two ahead of the rest of the world.

Some of you are thinking, “Great. More competition for my job is coming,” and you are perfectly correct, but that’s not why I’m writing this particular column. What I really want to pass along are the questions these producers are asking to give you a sense of what they see as being important to our craft.

The good news is it’s all the stuff I’ve been talking about since I started writing this column. How much compression is too much? How can you use EQ to add to the impact of a promo? How important is matching the beats? How can silence make my production stronger? Which plug-ins will give me the biggest bang for the buck? (Or dirham, if you’re in UAE.) If you’ve been reading these columns with any regularity, you already know the answers to most of these questions.

The bad news is, not all of you have been reading this column from the start. (You might want to hit the RAP website for previous issues.) Of course, it’s silly of me to think that you think every thing I say is gospel, because it certainly isn’t. For every producer who agrees with me that a lot of compression is almost always a good thing, there will be a dozen others who whole-heartedly disagree, and that is as it should be. All I do in this column is pass along the little tricks of production that have helped me. What is truly important is that you be asking the right questions, and the producers from other countries are definitely asking the right questions.

So, based on the questions I get the most, I’d like to share with you the essence of what makes a truly superior piece of production, in decreasing order of importance. This will perhaps explain my long rant about how really good production has gotten, particularly in the world outside of the United States and Canada.

Does it deliver “the message?” This is the single most important question you need to answer about every piece you do. You would be amazed at the number of promos and commercials I hear every day that fail this litmus test absolutely. Usually it’s because there are too many “messages.” You have to know exactly what the message is before you cut anything. Dominoes Pizza does NOT sell pizza. They sell service. Z100 does NOT sell music. Z100 sells fun. Even if the promo is about the music, the real message is that Z100 is a fun place to hear your favorite hits.

Does it flow? Even when I listen to a promo from Radio Veronica, which is all spoken in Dutch, I can feel the flow. Every piece you do should be like a little symphony, establishing and growing throughout, transitioning from segment to segment smoothly, holding the listener’s attention like super-glue. There is a rhythm to everything, even dry speech, that has to be consistently on track, never letting go and always pointing to the message you’re trying to deliver.

That’s pretty much it. All the questions about compression, EQ, beat matching and the rest, are about the mechanics of doing those two things. At the end of the day, if you can honestly answer, “yes” to both questions, you have an excellent promo or spot.

The single biggest mistake I hear is sprinkling your piece with really cool sounding effects, which are almost always out of context. Those cool sounding effects must be fully integrated into the sound track. On this month’s CD, I’ve given you a promo that successfully blends natural effects, artificial (electronic) effects and music to make a sound track that totally flows, energizes and emphasizes the message. After you’ve heard it, see if you can say what the message is in 5 words or less. If you can, I win a cookie. (I like cookies… oatmeal raisin.)

Radio stations in the US and Canada have been king of production for decades, until now. That’s a major salute to the people who do production here. If you want to be a major player in commercial and image production in the future, just know that the playing field has grown considerably and the world has shrunk. You really need to stay on top of your game. Keep asking yourself these two questions and you’ll have nothing to worry about.

Just don’t be terribly surprised if you hear that the new production wizard across the street is named Yozaburo “just call me ‘Yo’” Minakuchi and that he’s from Tokyo.

June 01, 1997 12437
by Jerry Vigil If you've read the past few RAP Test Drives, you might have gotten the impression that computers and audio software have arrived at a technological level where the audio production pro can take a serious look at...
Read More...
© 1988 - 2023 Radio And Production, LLC
Go to Top