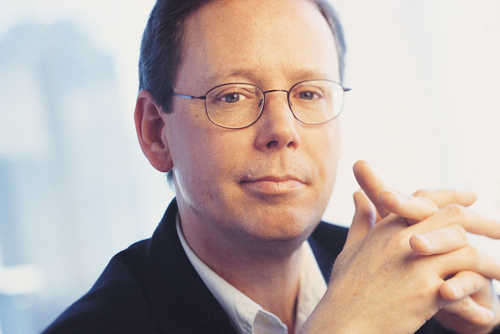 John Silliman Dodge is a busy man in radio land. In our last visit with John [February 1996 RAP Interview], we focused on his programming gig at KidStar radio, which blazed the way for Radio Disney. But there’s much more to Mr. Silliman Dodge. His 30-year career spans and integrates music, media, marketing, and management. He’s a graduate of Ohio University’s School of Telecommunications. He’s been a Julliard School of Music student, a recording artist for ATCO Records, and a Creative/Production Manager for KISS-FM in San Antonio as well as WROR and WBOS-FM in Boston. As Program Director, John pioneered the new school of commercial classical programming for WCRB-FM in Boston. He’s been a producer with Microsoft’s Digital TV team and a feature writer for several trade magazines. Today John actively consults the broadcasting industry in areas such as high performance announcer training, Web content, database and e-mail strategies, programming, marketing, high-impact audio production and creative copywriting. He’s also an announcer for Sirius Radio in New York. This month’s RAP Interview gets a much closer look at John as we catch up with his last ten years, which include the making of a CD of his own original songs. We’ve included one of those tracks on this month’s RAP CD.

JV: When we last checked in with you, you were Program Director at KidStar Radio in Seattle. Let’s pick it up from there. Tell us some of the highlights over the last ten years.
John: I left a pretty secure position as Program Director of WCRB in Boston for the position of National Network PD of the KidStar Interactive Project. I did that because I took a calculated risk. I’ve always felt that if you don’t take big risks from time to time, you’re not going to jump very high. So I considered this carefully, and at that time, I thought they stood a really good chance of becoming akin to the next Nickelodeon, a kind of a multimedia network aimed at children, and so I took that chance. For three years it was a great run, but the company ran out of cash in the end. I don’t care how great your idea is, when you run out of cash, you run out of business. But I’m pretty proud that we were in eight, I think, of the top ten markets by the time we hit that wall, that we blazed the trail for Radio Disney, and so I look back on that time as well-spent and I’m proud of our accomplishments.

I got very interested in technology while I was working with KidStar. The Web, in 1994, was a pretty new frontier, and after the end of the KidStar project in ‘97, I went to work for Microsoft, because I knew how deeply media technology was going to impact the radio business and I knew how relatively unsophisticated we were back then about technology. So I kind of took a little Master’s Degree on the side.

I went to work for Microsoft for a year and several other companies in the dotcom space, and then after about four years I sort of brought that information back into the radio industry. I was able to do a lot of consulting with the Infinity chain, now CBS Radio in San Francisco, with their Web projects there.

Since 2001, I’ve have had my own shop, Silliman Dodge. While I was packing up my desk at the end of another dotcom failure we were involved with, I was thinking “it’s time to start working for myself.” And so I did that. Today, I have radio station clients around the country. I write for magazines, like Friday Morning Quarterback and Radio and Records, and sometimes Radio and Production. I do interactive workshops for announcer performance training and for Program Directors to help them maximize their relationships with announcers. No easy task, you know? I do that around the country at conventions and the like.

I’m also an announcer for Sirius Satellite Radio. I do two of their three classical channels. I’m the afternoon drive announcer, and I do that virtually from my home base in Seattle, while they’re in New York City. They came to me before they actually launched nationally, and I have been with them probably about five years now, since before they went public. And in the age of FTP, I can do that work from anywhere.

Also, since we’re in the 21st century here, I am the virtual Program Director of the Portland, Oregon classical station, KBPS, which is a station that’s doing wonderfully. It’s got a great staff and great management. I really appreciate that opportunity of them allowing me to work in this non-traditional manner.

JV: In our last visit, we never asked you how you got into radio. What’s the story on that?
John: Bob Rivers was the guy who got me into radio. Bob’s a famous morning personality and the author of all the “Twisted” tunes that we hear all the time. Bob was a Program Director in New Hampshire at a small rock station. I was a small rock star in New England, and our band broke up, as bands do. Bob calls me and says, “Hey, my morning guy just quit. If you’re knocking around, trying to figure out what your next move is, would you consider coming up here and doing the morning show?” And on a total whim I said, “Yes.” I took the road less traveled, as Carl Sandberg would say, and that’s made all the difference.

But here’s the wonderful thing as it regards production: If you’d have told me when I started being a Production Director back in 1982 that in 2005 or 2006 we would be walking around with our laptop computers and little digital recording devices and little A-to-D converters and tiny little microphones, and we would be able to have the power of a zillion track multi-track studio in a nine-pound package that we could take with us on airplanes or anywhere, I would’ve said, “No way.” That is like too rosy a future. But it all came to be, and today that’s pretty much the way I travel. I do shows from Starbucks, from hotels, from train stations – you name it. Although sometimes I go through airport security, and they’re a little concerned about what all these electronic gadgets are all about.