How To Get That “Pukin’ DJ” Sound Out of Your Voice 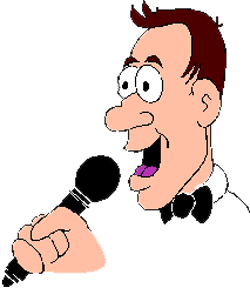 Well, perhaps I’m being a little indelicate here, but you know the sound I’m talking about. It’s the sound that screams “I’m in radio,” and it’s a problem if you want to make some serious money in voice-over. Not the kind of pocket change you make doing spots for local clients. I’m talking about the good high paying regional and national stuff that comes through ad agencies, casting directors and talent agents.

These are spots you generally must audition for in person or over the internet. And if you’ve ever gotten one of these scripts before, you’ll notice that there are often directions written on the script such as: “real person, ” “Not announcer-y, ” “Conversational.”

In fact, having a “DJ sound” is pretty much the kiss of death for a voice actor. Why? Because it calls too much attention to the speaker and not enough to the product which, after all, is the star of the show. Many casting directors, producers and agents think radio people can’t act. Your job is to prove them wrong.

In voice-over, we want to have a voice that is “transparent,” one that doesn’t call attention to itself. This is almost the opposite of what were are usually trying to do in radio, where we want to become a personality with a unique voice that everybody listens to. Radio people can have trouble interpreting copy because they can’t get themselves out of the way.

Doing good voice-over is learning to approach your voice in a completely different manner. It will take some practice and some training. And it all begins with a major change in mindset.

THINK OF YOURSELF AS AN ACTOR, NOT AN ANNOUNCER

The dictionary defines announcer as a person who introduces TV or radio programs. An actor is someone who represents a character in a dramatic production. And while your on-air persona may indeed be a character, it’s probably not the character that the writer of the spot wants you to be. Robert De Niro is an actor. Michael Buffer, (the guy in the tux who says “Let’s get ready to rumble” before championship wresting matches) is an announcer. Big difference between the two. When De Niro’s on screen we completely forget about De Niro the man, and believe he is the characters he portrays.

GET YOUR VOICE OUT OF THE WAY

When people audition for my 8-week voiceover teleclass, they always want to know if their voice is good enough to make it in voice-over . I think they are asking the wrong question. What’s needed for voiceover success is not a super-duper voice, but the ability to get your voice out of the way and use it in service of the copy. In a radio VO the listener shouldn’t be paying attention to your voice but forming mind pictures as you speak: picturing themselves driving that car, enjoying the juicy burger, wearing those hot looking jeans. In TV voice-over, you must use your voice to underscore an image. The goal of all commercial voiceover should be to create desire for a product, not adulation for a voice. In fact, if your voice sounds too good, it can actually be a liability. It’s kind of like a gorgeous model walking into an office. Conversation stops, work stops, everybody stares. You don’t want your voice to be that kind of a showstopper. Of course, the opposite can also be true. You can have a voice that is so butt-ugly, so unpleasantly distracting, that people won’t pay attention to the copy either.

WHO AM I TALKING TO?

Your mini-course in acting begins here. Good voice-over, like good radio, is a one-on-one conversation with a listener, a real live human being. It’s not a conversation with yourself. You’ve probably met some of your listeners and you have a good idea of the key demographic of your station. There’s a key demographic in voice-over too. It starts with an analysis of the product. Who would typically buy this? Visualize someone who typifies the key demographic for this product and keep them in your minds eye as you speak. Sharpen your visualization. What do they look like? What are they wearing? What do you know about their life? What kind of car do they drive? What’s their family like? What do they do for a living? What’s your relationship to this person? A friend? A trusted advisor? The voice of their conscience? Just as in radio, in voiceover you should always speak to one person at a time.

Once you figure out who you’re talking to, put yourself into the picture and set the scene. Where are you and the listener while having the conversation? In the supermarket? The pharmacy? Are you at the mall? On the beach? What time of day is it? What’s the quality of the light? What’s the weather like? What color is the furniture? How does the scene “feel”?

A back-story gives depth to your read. It helps to provide you with a motivation, bringing you out of the booth and into the action in the script. As you read your first line of copy, it should always be in response to something said to you by your imaginary audience. Did they tell you they were craving a snack? Thinking about buying a new car? Hating their hair? If they hate their hair, why? Are they going bald and is it affecting their social life and self esteem? Or are they 13 years old and having a bad hair day? Think of your script as a slice of life. A :30 or :60 play. The back-story is everything that happened BEFORE you open your mouth to speak. You have to make this up, of course. If it’s a spot for hair replacement, what words did the listener use to tell you about his hair loss? Is he too embarrassed to ask women for a date? Does he wear baseball caps everywhere he goes to try and cover it up? Let the first line of the spot be your side of the conversation, a response to whatever your audience member said.

STOP LISTENING TO YOURSELF

The root cause of a “pukin’ DJ sound” is something I call “vocal narcissism.” The speaker is so involved with the sound of his or her own voice, that he forgets about the audience altogether. To help overcome this problem, try to work without headphones so you are forced to direct your focus outwards towards the listener. If you must use headphones to hear an engineer or a remote client, try wearing them on one ear only. Try also to not direct yourself during a voice-over. You can’t perform and direct at the same time. Hold your judgment until playback, and then put your critical ear to work as if you were shaping the read of another talent.

Developing a more actor-like approach to voice over might take a while, but the time you invest will be well worth it. You don’t need me to tell you that one network television or radio spot can pay you many times more in an hour than you make in an entire week on the air.

Susan Berkley is the founder of The Great Voice Company. Find out more at www.greatvoice.com