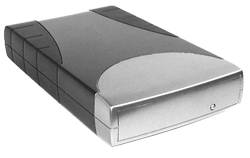 ADS Tech announced a new Mini Drive Kit, the latest addition to its line of USB products. The Mini Drive Kit is a plug-and-play device that enables Mac® and Windows® PC users to quickly and easily increase their storage capacity by turning the hard drive that best meets their needs into a portable USB 2.0 drive. Gigabytes of removable storage can be added by plugging an IDE Ultra DMA 33/66 or ATA-100/133 hard disk drive into the ADS Tech Native Bridge Board inside the drive kit’s enclosure. Designed with the same look and feel of the new Mac mini, the stackable ADS Tech’s Mini Drive Kit also offers the same small form factor as the Mac mini—it is just 6.5 inches square and less than 2 inches high. When plugged into the USB 2.0 or USB 1.1 port of a computer the Mini Drive Kit is instantly recognized, there’s no need to configure the drive or reboot the system. Users can use ADS Tech’s Simple Touch Backup Button on the front of the drive kit to backup entire folders or selected files with a single click. By using the Intech utilities for PCs and Macs that is included with the drive kit, automatic backups can be scheduled. The Mini Drive Kit is externally powered with a power supply that provides both 5 and 12 volts to the drive. A lighted rear power toggle switch and a hard drive activity light are included. For security, the Mini Drive Kit offers advanced micro-slot protection (to keep the drive from “walking away”) and compatibility with both Anchor Pad and Kensington Locks. Estimated street price is $59. www.adstech.com.

Steinberg Media Technologies GmbH unveiled the latest version of its Nuendo DAW. Nuendo 3.1 provides new features and capabilities aimed specifically at professionals working in post production for film and television. New Audio Pull Up/Down functions make Nuendo a leading tool for audio post production whenever a Telecine process was used to transfer film to NTSC or PAL/SECAM. The added support for HDTV Frame Rates allows Nuendo users access to this fast-growing format within their DAW software. Also announced with this update is the ability of Nuendo to interface with Euphonix hardware utilizing the EuCon protocol. This allows Nuendo to meld into studios and facilities operating the Euphonix MC and System 5-MC digital mixing and editing hardware. www.steinberg.net.

Waves Ltd. has announced two hardware accelerators that let users easily run multiples of the company’s most CPU-demanding plug-ins. The APA products offer a new paradigm that uses Ethernet connections and switches to enable stacking several APA units together and even sharing them among several DAW workstations. There are two models of APA. The APA32 is a 1U rack-mount unit, while the APA44-M, a half-rack unit that features up to 30% more processing power and nearly silent operation, is ideal for mobile use. A kit enables two APA44-M units to be mounted in a 1U rack space. The APA units are connected to the host computer via a standard Ethernet port. Up to eight units can be used together with an Ethernet switch. The units can also be shared among several DAW workstations via a suitable V-LAN configuration, with each workstation accessing up to eight APA units. The APA system uses Waves’ new Netshell software, which is included in every new Waves bundle that contains Netshell-compatible plug-ins. No special authorization is required for Netshell or for an APA unit; APA users just need to update their authorized Waves plug-ins to Netshell supported versions, and they’re ready to go. This represents a major step forward from conventional DSP approaches that require a card in the computer or that are tied to one particular system. The APA units are an economical solution to running multiple CPU-demanding plug-ins. For example, an APA32 can run 6 IR-1 Convolution Reverbs, or 9 Linear Phase Equalizers, or 12 C4 Multiband Processors at 44.1 kHz. The use of conventional high-speed Ethernet also means that the APA can be more easily shared in a facility and remotely located. The user is able to choose where to run any given plug-in with a simple drop-down menu - on the host, TDM card or APA. This is important because not all plug-ins are best run on outboard processors, and having this choice allows maximum flexibility. Typically, the most CPU-intensive plug-ins will be run on the APA and the rest on the host. The latency introduced by APA is reported to the host and then eliminated in most DAW applications by delay compensation. Initially the APA-compatible Waves plug-ins are the L3 Multimaximizer, L3 Ultramaximizer, IR-360 Surround Parametric Convolution Reverb, IR-1 Parametric Convolution Reverb V2, IR-L Light Convolution Reverb, Linear Phase Equalizer, Linear Phase Multiband, C4 Multiband Parametric Processor, Renaissance Reverb, Renaissance Channel, SoundShifter, Morphoder, TransX and Q-Clone. Release 1 is compatible with both Mac and PC, and supports the most popular DAW systems. On the Macintosh, these include ProTools 6.9, Cubase SX 3.0.2, Nuendo 3.0.2, Logic Pro 7.1, and Digital Performer 4.52. On PCs, these include ProTools 6.9, Cubase SX 3.0.2 and Nuendo 3.0.2. US MSRP of the APA32 is $1600 and the APA44-M is $2400. www.waves.com. 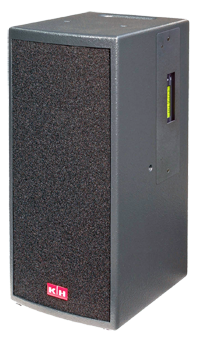 Sennheiser Electronic Corporation, the new Klein+Hummel distributor in the U.S. and Latin America, previewed the new K+H freePORT(tm) PAS 400. This new wireless, self-powered sound reinforcement speaker system is designed to deliver outstanding reproduction of music and speech in a wide variety of applications. The flexible speaker system accommodates up to four Sennheiser Evolution Wireless G2 series receivers for wireless reception of audio, features an integrated mixer and 100W amplifier, and offers built-in rechargeable battery or AC powered operation, allowing the system to be set up and ready to go within seconds. An onboard rechargeable battery with integrated Quick-/Trickle-Charge circuitry allows up to 13 hours of wireless mode operation (speech applications). The system may alternatively be operated using a 12 VDC power source such as a car battery. The system’s integrated mixer offers level control of two microphone inputs - one with phantom power - on Neutrik-Combo connectors, an auxiliary line level input with pairs of RCA connectors for both playback and recording, plus a dedicated channel for the Sennheiser receivers. A three, six or nine volt DC output is included for powering external sound devices. A three-band equalizer provides bass, mid-range and treble tone controls. www.sennheiser usa.com.

A new company headed up by WDVE Creative Director Brian Price has just announced the first pressing of Category Five Version 1.0 — a data disc library of original imaging sounds designed exclusively for the Classic Rock, Alternative and CHR radio formats. The new “spin off” company, called Category Five Sound, plans to release a brand new disc on an annual basis. The data disc is available in WAV format and includes a barrage of original hits, guitar logos, sonic bursts and more. How much? “With C5, it’s really simple—it all comes down to an affordable price point based on the size of your market and whether you want to be a market or format exclusive user of the sounds,” Mr. Price explained. Category Five Sound is a venture of Brian Price Productions Inc., located in McMurray, PA outside Pittsburgh. Information on Category Five Version 1.0 can be found at www.categoryfivesound.com.

April 01, 2003 6588
by Steve Cunningham When it comes to production facilities, space really is the final frontier. This is especially true if you’re setting up a room for yourself outside the station — maybe you’ve decided to take on a little...
Read More...
© 1988 - 2022 Radio And Production, LLC
Go to Top