New software versions are funny things — sometimes they add significant features and coolness, and sometimes they don’t. When the upgrade to Sound Forge version 7 came along, I took a pass on it. There were some cool features added in v7, like the Explorer-type window that allows drag and drop for loading and pasting, VU meters, and effect automation. But they just weren’t compelling enough for me to spend the upgrade fee, so I’ve kept chugging along happily on Forge 6.

Meanwhile, Sony bought the assets of Sonic Foundry soon after Forge 6 was released, and in fact one of the v6 upgrades involved little more than changing the splash screen from Sonic Foundry to Sony. While some of us were initially concerned that Forge might languish under Sony, this has not been the case. Sony continued to improve and update the program, and has just released Sound Forge version 8.

This one I bought into immediately. So what’s new and different enough for me to make the trip to my safe deposit box, deep in the impenetrable vault at my bank, to get out the old credit card? Quite a bit really, including scripting, audio scrubbing, and both VST plug-in and ASIO driver support. Let’s take a look. 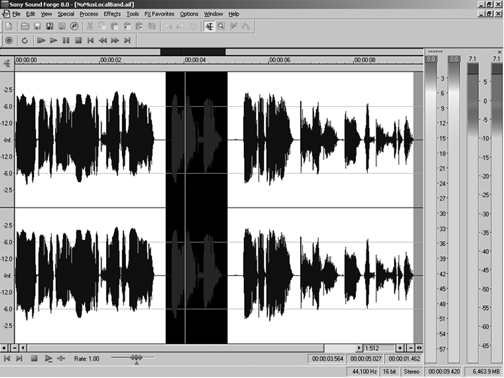 August 01, 2006 9655
Steve Stone, Director of Creative, Zimmer Radio Group, Joplin, Missouri No, this is not Steve Stone the national voice-over artist, or Steve Stone the baseball player. This is the “other” Steve Stone, the one you’ll be hearing...
Read More...
© 1988 - 2022 Radio And Production, LLC
Go to Top