Northwest Audio announces the release of SpotFile v.1.5, a Windows based software program that gives you the ability to catalog and search for archived spots stored on removable media like CD or DVD.  Created by a RAP charter member who was dissatisfied with the methods he was using to catalog and search his archived spots, SpotFile allows you to create multiple catalogs, each with different content; add notations to files; and print lists of your spots.  If you’ve been overwhelmed trying to locate your archived spots, SpotFile could be your solution.  Only $19.95.  FAQ’s and screenshots at www.nwaudio.com/spotfile.htm. 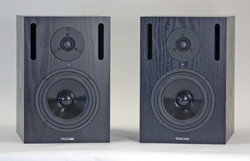 TASCAM has announced the VL-X5 home studio monitor system. These powered speakers feature 5-1/4" woofers, silk-dome tweeters and a 60+30-watt bi-amplified active power amp. The monitors feature low- and high-frequency controls and an Acoustic Space Control to optimize their performance for room placement or listener preference. The monitors are shielded to prevent magnetic damage to CRTs. The deep cabinet and ported design produce a surprising amount of bass for the size of the monitors. The ported VL-X5 monitors cover nearly the entire range of human hearing, with a frequency response from 45Hz to 22kHz ±3dB. These 90W amplifiers (60 watts on the lower-end drive + 30 watts on the high-end drive for a total of 90W) have a Total Harmonic Distortion rating of 0.01% at normal listening levels for crystal-clear audio playback, and they have a combo XLR/TRS input jack for connection to professional equipment.

Denon DJ is displaying the new rack-mountable DN-D6000 Professional Dual CD/MP3 Player. The DN-D6000 boasts an extensive MP3 feature set and Next Track Reserve with Crossfade function. This not only makes the DN-D6000 perfectly suited to mobile DJs, club DJs and other working DJs, but the inclusion of the Unattended Playback on Power-Up function also renders the DN-D6000 ideal for bars and restaurants. The DN-D6000’s advanced MP3 playback mode fully supports MP3 capabilities including: seamless looping with B Point Trim, scratching, hot starts and MP3 effects; CBR and VBR (constant or variable bit rate) encoding up to 320 kbps; ID3 Tags (files embedded into the MP3 that display Title, Artist, Album); and MP3 File Search System (offering fast and easy file location by name). The DN-D6000 includes another Denon world’s first — the Next Track Reserve function. This allows the DJ to store hundreds of MP3s on one disc and play them back-to-back. The DJ is able to search for a song by name and crossfade seamlessly to that file for a smooth, non-stop mix. The crossfade time is user-adjustable, and Next Track Reserve is also available for CD audio discs. In addition to advanced MP3 functionality, the DN-D6000 includes 7 onboard effects such as Scratch, Reverse, Brake, Filter, Flanger, Echo and the world’s first Echo Loop, which can loop a 1/4 beat up to a 8/1 beat indefinitely, allowing a DJ to overlay another track or even a new disc for a seamless crossfade mix. Other useful features include: quick loading Slot-In drives; 15-second On-Board Sampler with Pitch, B-Trim, Volume control and 3-way playback (Loop/Single/All) edit options; Platter Effects including Drag-Start, Brake and Reverse effects that can be used for MP3 or CD audio discs; 2 seamless loops; B Point loop Trim; 70 mm Jog Disc with user-definable paper slipmats; and a 3-way BPM counter (Automatic, Tapping, Manual). Additionally, with features such as Fast Search/Manual Search and Quick Jump, the DN-D6000 makes searching fast and easy, enabling DJs to literally “jump” around within a CD or MP3 track using precise adjustable increment time steps. The Denon DN-D6000 is currently available with an MSRP of $1099.00. www.d-mpro.com or Denon DJ at: www.denondj.com.

Promusic, Inc. announced its latest addition to their collection of over 2000 CD’s of production music. Digital Vision is a brand new 40-disc library from the UK featuring a collection of contemporary and popular styles. The collection covers such genres as House, World Music, Lounge, R&B, Hip Hop, Chill Out, Acid Jazz, Techno and Drum & Bass. Among the new releases are: DVM 034 Re:loaded, DVM 033 Business Edge 1.0, DVM 023 The Acoustic Chill-out Album, and DVM 002 Hip Hop.  www.promusic library.com. 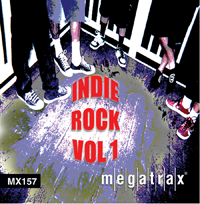