So why are these so cool for RADIO production? You can edit all day long on them, and at even moderate to high levels in the near-fields, still simultaneously carry on a conversation over them without having to scream at the person sitting next to you.

Plus, there is a feature that totally one-ups the old “client pleaser knob.” Of course, those knobs were do-nothing switches, so that you could play “Emperor’s New Clothes” with the client by tweaking it, to which the client would invariably reply, “Oh yes, that’s much nicer…” And you hadn’t really done a THING to it! Well, THIS little knob is really a footswitch, and it REALLY DOES do something. It remotely turns the sub-woofer on and off. VERY handy when you want to let the v/o or jock-person get all impressed with their own pipes for playback. It’s also a REAL client pleaser switch or mix-checker when you kick it in so you can hear a full mix of something just for the pure enjoyment of it all!

For many years, I have known the head of a world-class speaker manufacturing company that specialized in high-end speakers for the finest recording and production studios for music and film. They are the most expensive speakers I can think of. Not long ago, I learned that for some time that he had been having severe hearing problems. I was nearly aghast when I learned he was QC-ing every single speaker that went out of the factory BY EAR… HIS! I took him aside in private so as not to embarrass him, and asked how this was physically possible. I offered a scenario, where he might have a profound loss in the midrange at, say, ten db @ 4000 Hz. Would he not then compensate for that and make an effort to achieve a flat response for his own hearing sake by inadvertently jacking up the mids by +10 db? Never mind that my question inherently flawed when it begged the question, “Can you remember that long ago without the benefit of an immediate A-B then and now comparison”?

He said, “Don’t forget, MY reference is the real world.” (Insert The Big AHA, here!) In other words, he makes them sound like what he currently hears, and the result is flat! (That’s why, in the reference above*, before I learned this, I talked about initially thinking that one would have to compensate with EQ in this situation! I was wrong!). The explanation is so simple that its possibility completely eluded me, although I was on to something when I thought of the impossibility of a valid A-B because of the elapsed time in years since hearing with so-called perfect hearing.

So, how do these speakers sound? Not long ago, my neighbor came over and wanted my advice on speakers. I asked him if he realized what he was asking and why not consider what sounded good to HIM? He fessed up that he really wanted a brand name that was cool so his buddies would also be impressed. Well, you could do a whole book on that subject, but after the buddies leave, YOU are the only one who has to be happy with them. If you can hear the difference, you want something that feeds that ability, for it is married to the talent in you and becomes a creative need.

We have all worked with transmitter engineers who were assigned to studio work as well, and couldn’t fix an audio problem because they couldn’t hear it! And if you can’t hear it, you can’t fix it! There is also the philosophy of “good enough for who it’s for!”

Where am I going on this roundabout rant? It’s about MY opinion, Don Elliot’s opinion. It’s subjective. BUT… because of what I have learned over the years, coupled with my EXPERIENCE, my subjectivity is kind of OBJECTIVE! It’s like hearing an overview of a standard. Read that last line twice, because it says a lot. It’s like having a standard and having the ability to judge things against that standard with your ears. When you acquire it, you’ll be better equipped to make things sound better than something else (remember “A-B” comparisons?) in order to be competitive on the radio!

I like to make my imaging or promos sound bigger than a barn door on the air and where they print SOooo well that they actually sound better than the music of the station’s format!

Remember the howl and complaints that “the commercials are too loud” in the middle of the TV movie? “It’s a conspiracy with advertisers,” etc. Have you ever figured out that the spot was recorded THIS WEEK and the movie was made 5 to 30 years ago? The commercial is at the state of the art for processing. The movie is probably being played in its old, original form, with a mic hung in the ceiling using film-audio techniques.

I give all these comparisons to illustrate the point that you have to be able to accurately hear what you are doing in production, because sound is really your only products. Or, as with the earlier engineering lament, “If you can’t hear it, you can’t fix it.” And sadly, we are now programming to listeners who are listening on equipment that is better than what we are using to produce the content!

So, Do You Think Speakers Are Important For Radio Yet?

So where do you get off, Elliot? Where, then, does my supposed “superlative subjectivity-that-is-really-objective-too” come from? I grew up with a scholarship to a major Conservatory of Music as a French Horn player studying to become a conductor. When the draft came along, I tried to join the Air Force as a jet-pilot after ROTC, but “they weren’t taking any one-eyed pilots today, sonny, thank you! By the way, horn playing, orchestra conducting, jet-pilot and radio production are REALLY all the SAME job when you think about it. It’s about control, being on top of your game and being better than the next competitor, and above all, CREATIVITY! And think about it: we do all fly by the seats of our pants for the pure thrill of it, too!

I cut my chops with a couple of folks who, apparently (as history later proved), knew what they were doing. Dave Hassinger and Al Schmitt from RCA, in the days of recording The Rolling Stones in Hollywood, allowed me in on sessions as I was training to become a “second” engineer. Later, guys like Charlie Underwood, Greene and Stone (Sonny and Cher), David Knight (The Pointer Sisters), Bruce Botnik at Sunset Sound (The Turtles), Neil Young and Crazy Horse at SunWest, Bob Lentini (wrote the SAW program), and Steve Williams/Bernie Becker (Neil Diamond engineer-producers), all influenced my attitude on how to effectively and competitively mix sound. No, I didn’t get that second-engineer gig after all; I was too busy being a “Super-Star” (don’t we all think that way for a moment?) morning jock. But that great experience did teach me one thing: how to build, produce and mix a promo like a hit record, so that every time you listened to it, you’d hear something else new, and the cut will have a lot of listenability and wearability! No, I NEVER made million-dollar sounding promos at microwave speed or caved to the request to build 14 more just like it by the end of the day! Argh, auck, (finger down throat gesture here).

Why did I go through all this in a review for speakers? Credibility! I wanted you to know that I knew what I was talking about first, and that I had walked the walk, when I say these speakers are way cool! 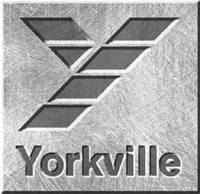 Don’t forget, your reference in mixing is real-life. And in real life, it ain’t for a level. You only get one take. Do it right. These speakers will help you get there and be very happy along the way. And yes, there may even be a “happy tear” or two!

May 01, 2006 12308
by Craig Jackman Adobe Audition, grown from its roots as Cool Edit and Cool Edit Pro, has become one of the most trusted digital audio workstations in radio production. Combining a wide user base with an exceedingly generous...
Read More...
© 1988 - 2022 Radio And Production, LLC
Go to Top