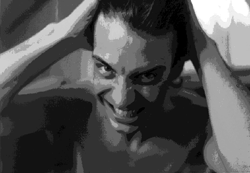 You’ve heard his work on numerous RAP CDs and Cassettes over the years. He’s been in the business for 30 years. He’s been at one station for 22 years. He’s been a finalist in several past RAP Awards competitions and finally took home a trophy this year for Best Promo–Large Markets. This month’s RAP Interview steps into the halls of WMMR in Philadelphia for a look at what sounds like one of the best places to work as we visit with Production Director Steve Lushbaugh, or Lush as his friends call him. Lush has maintained the position of Production Director at ‘MMR for an amazing 22 years. We find out what the secret to this longevity is or isn’t, and we get a look at the station that nurtures this kind of loyalty. Be sure and check out this month’s RAP CD for an impressive demo from Lush.

JV: Tell us about your background in the biz.
Lush: Well I grew up in Lakewood, Ohio, a suburb of Cleveland, and I guess like anybody that gets in this business, it just was something that I was attracted to. I was the kid that was listening to all the out of town radio stations and taping them, and all my friends were radio freaks. I got a job when I was 16 answering phones at the big top rated station in town, I met people, and one thing led to another. After about three years of hanging out in radio stations on weekends and after school until the middle of the night when I should have been doing homework, I was in the right place at the right time and got an overnight gig at ‘MMS in Cleveland. This was in 1972. It was six 6-hour shifts a week. I remember it was pretty grueling, but it was a great way to get some hours in.

I did overnights for a pretty short period of time. A few months into it, our Production Director went to KMET in Los Angeles. He left on no notice and they were like, “What are we going to do?” And I said, “Well, I do production.” And they said, “You got the job.” So, I was the Production Director for a few months, but at that point, I still wanted to be on the air too. I found another friend of mine who was out of work, Jeff Kinzbach, and asked him if he was interested in doing production. He was, so he came on board and I went back on the air doing 10:00 until 2:00 at night for a while. Then I moved to mornings for a short time. Then they put Jeff on mornings; and I went back into production full-time in’76, and I’ve been doing production full-time ever since. Jeff had quite a dynasty with the Buzzard Morning Zoo. For many years, they were the big thing in Cleveland.

JV: When did you leave WMMS?
Lush: That was in’78. Charlie Kendall was the Music Director at ‘MMS. He had left and landed as PD at WBCN in Boston. He called me up one day and asked me to come to Boston, and I did. And that was an amazing year. I wish it would have lasted longer? Things kind of fell apart at ‘BCN. The company was bought by Hemisphere Broadcasting, and it was kind of an unusual union station. They came in and fired about half the people that worked there, and everybody at the station—secretaries, engineers, and jocks—were in the union. They fired about half the people, and we had a strike. We came back, but there was a lot of damage on both sides, and nobody felt really secure. Charlie went off to Indianapolis, got a job, and hired me there. That lasted about a year, and then my gypsy days finally ended. In 1980, Charlie came on board as PD of WMMR in Philadelphia, hired me again, and I’ve been here every since.

JV: And you’ve been doing production only for all this time?
Lush: Well, actually in Indianapolis I did mornings also for a while. But I’ve almost been exclusively in production since ’76.

JV: You must have utilized your production skills to have a highly produced morning show when you were doing those gigs.
Lush: Yeah, absolutely. I was a production-oriented jock. I like to plan bits out and pre-record things and rehearse things rather than just shooting off one-liners or doing stuff out of the paper. I liked produced bits. I still do.

JV: 22 years at one station is probably a record for the RAP Interview. What’s the secret?
Lush: Well I don’t know if the secret is mine or if this is just a magical place. It has always been a good place to work. I’ve had a series of really good PDs and GMs. I think fondly about all of them. I don’t think I’ve ever had one that I couldn’t say good things about. So, that’s certainly a part of it. I think what has also helped is being able to change and re-invent the radio station, which we’ve done many times. You can’t be in one format doing the same thing for 33 years. You have to change, and we have over the years. And I welcome it when the styles change and tastes change. I like it when they come in and say, “Look, we’re going in a slightly different direction. It’s time to look at what we’re doing, tune it up, and change it. Here’s our audience now.” It’s an exciting challenge, and I look forward to it. The first time I think it scared me a little bit, but now it’s a good thing.

JV: About how many times do you think you’ve done this over the 22 years?
Lush: Well sometimes it’s been a subtle shift, but I’d say major overhauls, 3 or 4, which is not a lot in 22 years. And when that was done, it wasn’t like we went from rock to country or anything like that. We always stayed within the rock genre, with a slightly different attitude or a slightly more modern sound or whatever.

JV: The only other rocker in town is ‘YSP, is that correct?
Lush: Well not even them anymore. I mean they’ve been a rock station for most of the time I’ve been here, but now they have talk on from 6:00 a.m. to 7:00 p.m. with Howard Stern and Don & Mike and Opie & Anthony, so they’re barely playing music anymore. And their evening show talks a lot too. And they have football on the weekends. There’s not a lot of room for rockin’ and so yeah, we’re pretty much the only rock station now.

February 14, 2014 20531
By Steve Cunningham In the beginning, there was the reel-to-reel tape recorder and the mixing console. These had buttons and faders and knobs. We used them every day, and we all became fast and accurate with them. We could...
Read More...
© 1988 - 2023 Radio And Production, LLC
Go to Top