TM Century is one of the biggest music production houses in the world. You can hear their music all over the place, from radio to television, films, cable, Internet… heck they’ve probably figured out a way to do audio for print by now. They offer jingles, both custom and prepackaged, production libraries, imaging libraries, even music and comedy services for specific radio formats. I can think of very few companies of this type that offers as many services for the electronic media, and none offering more. One of the reasons why they’re so successful is quality, especially regarding the production music. TM Century has some of the best composers and musicians in the business working for them, and as a result, their product is first rate. 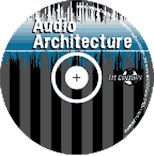 For this review, we’re concentrating on Audio Architecture, which is a broad based production library that covers a wide range of musical styles. Currently there are 49 CDs available in the Audio Architecture package (with an eventual total of 54), and they’re packed with great tracks! Each disc is called a suite, and you get 98 tracks on every one, including 7 Music Beds with :60 and :30 versions and Alternate Mixes and Layer Mixes; 7 Stager Beds with alternate and layer mixes; and 14 production elements. For those of you who are wondering, a Layer Mix is isolated instruments, anywhere from one to three, which can be used as a building block track for your own musical ideas. And to help you further with this effort, each cut has a listing of what key it’s in and how many beats per minute. The Layer Mixes even have a click track at the start of each cut! I wish more production libraries offered this; with so many production people now MIDI capable, and with so many new musical software packages available, this is a great feature.

The Production Element tracks are solo instrument tracks ranging from one to five seconds in length, and again you get the key they’re recorded in (except for solo drum cuts) and the bpm. These are all cutouts from the full music tracks that can be added to the mixes or used separately for something else. The Stager Beds are around ten seconds and are also cutouts from the full music tracks on the disc, with Full and Alternative mixes of each. Basically, in this library, the Alternative Mix is the Full Mix with the lead instrument removed.

I was sent 15 discs to review from Audio Architecture and was immediately impressed with the sound and the attitude. The Rock Discs (AA010 and AA048) right off the bat sounded like stuff I could have used when I was working at my old Rock station. The Layer Mixes were particularly interesting, and several cuts had me thinking that I could have made my own client jingles with them.

We have several new Dance and Rhythmic CHR stations here in Chicago, and I would imagine that any or all of them would be interested in the Dance Disc (AA045) that I sampled—lots of great beats. And the same goes for this disc as the others: you get the Alternative Mixes and the Layer Mixes. Another disc that caught my attention was AA024, Blues. Many libraries have cuts that are supposed to be “blues” but when you listen to them, it’s nothing of the sort (I don’t recall a blues band ever using synth sounds for example). Being here in Chicago, I think I can figure out what the blues are supposed to sound like. AA024 Blues is definitely a blues disc. You’ll think you’re in Buddy Guy’s All Stars Lounge listening to the week’s house band. Guitars, Pianos, and B-3 Organs dominate the lead instruments, and the sound is fantastic, without the annoying cigarette smells. Last summer I caught Dave Brubeck in concert at Ravinia Park here in Chicago. I bring this up because the first cut on the Jazz/Swing disc (AA039) sent me back to the park, enjoying the concert. The whole disc is full of great piano/sax/bass/drums tracks that can really help intimate production pieces. And if you really want something that stands out, try the Hail to the Chief Polka on Novelty disc AA042, performed with kazoo, horns, accordion, and snare drum.

Now, I’ve saved the best for last. In addition to the linear music CD, you get a CD ROM of each disc free, which you can download into your editing or MIDI software package. (If you want that from other libraries, you often pay extra.) This is a full service library that is really “full service.” If you’re looking for a great library that can handle a variety of needs, you should consider TM Century’s Audio Architecture. For more information check out their Web site at www.tmcentury.com, or call them in Dallas at (972) 406-6800. They have Spanish and French speaking operators if your English not is better getting.

January 01, 2003 7243
by Steve Cunningham Choosing an audio editor is a bit like buying a new car — it’s a combination of both practical and emotional considerations, and it’s intensely personal. And once we’ve made a choice, we tend to defend it...
Read More...
© 1988 - 2023 Radio And Production, LLC
Go to Top