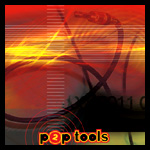 Boutique Agencies are the new hip buzzword in the advertising industry. Basically, a Boutique Agency is a small shop, anywhere from one to 20 people, who specialize in one particular area of marketing. Yes, we used to call them small agencies, but now, they’re “Boutique Agencies.” You know something is gaining in importance when it gets a more creative name.

Avdeli is a boutique agency division of Kelly Silver World Wide, and an argument could be made that Avdeli was one of the first “Boutique” agencies to make an international name for itself. KSWW started in 1972 as a radio production specialty company featuring the voiceover imaging of Joe Kelly, the legendary massive voice of Rock and Classic Rock radio. Starting in the late 1980s, Joe and his partners decided that the production music that was currently available then seemed to be far less aggressive than many radio formats needed. Back then, most production music companies were trying to be all things to all formats, the result most often being lightweight and middle of the road. Kelly Silver World Wide thought that there was a huge need for format specific music libraries, especially in the Rock, CHR, Alternative world—libraries that would have an intensity that matched or even exceeded the energy of the formats targeted. Also, these would be libraries that were primarily focused on promo work and imaging needs—short beds, stings, zaps, and sound effects.

Pop Tools, Volume 2 is the latest format specific library to break out of the Avdeli confines, with the release date scheduled for January of 2002. Consisting of six CDs, Pop Tools Volume 2 has just about everything a production or imaging person in a CHR, CHR-D, Hot AC, Gold, and Energy format could use. The first two discs in the set consist of the famous short sound effect cuts—lasers, accents, sweepers, transitions, scratches, rewinds, and turntable and tape effects. These could be used for anything from emphasizing call letters, to making break points, to whatever ideas you might have for short hits.

Disc three is full of pads and foundations. Bed durations are from three seconds to fifty-six seconds in length, and these are perfect for donut sections in theme promos like an on-going holiday contest with a frequent update section, phone bits, or anything else requiring a short thematic background. Disc four consists of loop beds ranging in length from three seconds out to forty-three seconds. Again, these can be used the same way the beds on Disc three can, the difference being that they’re looped beds of essentially the same music sections.

Disc five and six are the long-form bed discs with cuts on Disc five ranging from 1:13 to 3:45 in length and Disc six has beds in standard lengths of :60, :30 and :10 seconds respectively. The long cuts on disc 10 are perfect for break segments on air, such as DJ patter, traffic and news reports, or phoners (especially song request segments or song rating segments). They could also be used for public opinion promos.

Another first for Avdeli is that they are probably the first major music library company to truly encompass a “world music” sound. All the beds in the Pop Tools Volume 2 library as well as their other libraries could easily be used on radio formats around the globe, and not just American CHR formats. Avdeli discs have what I call an “immediate burn” factor, in that the moment you listen to the discs, you’ll immediately think of places where you can use them. You’ll also find yourself more often than not reaching for these discs first when you’re starting new promos of imaging campaigns. The only drawback that I can think of, and it’s the same one I hear from others who use the Avdeli discs, is that you’ll wish you had another 50 or more CDs of each library. They’re that good.

Pop Tools Volume 2, as is the case with all Avdeli libraries, is a one-time buyout, which may be pleasing to your GM and GSM who’ve bartered out the station beyond capacity. Plus the benefit of a one-time buyout is that you pay for the library once, and use it forever.

One final note about what sets Avdeli apart from the rest is that they don’t have a telemarketing staff. You won’t get any phone calls from them. Instead, you call them or use their Website. The benefit is, when you do call them or email them, you’ll be dealing directly with the people who created the libraries. For information, you can call them (on your company’s dime) in Racine, WI at (262) 632-8610, or check out their Website at www.avdeli.com. You can download mp3 demos, order demos, or even purchase the libraries off their Website. They’ll even work out payment plans with you if you wish.

February 01, 2006 7521
by Steve Cunningham A full three years after giving us version 6, Digidesign now presents us with Pro Tools 7 for HD, LE, and M-Powered systems. Pro Tools 7 is probably the most significant update to this venerable program since...
Read More...
© 1988 - 2023 Radio And Production, LLC
Go to Top